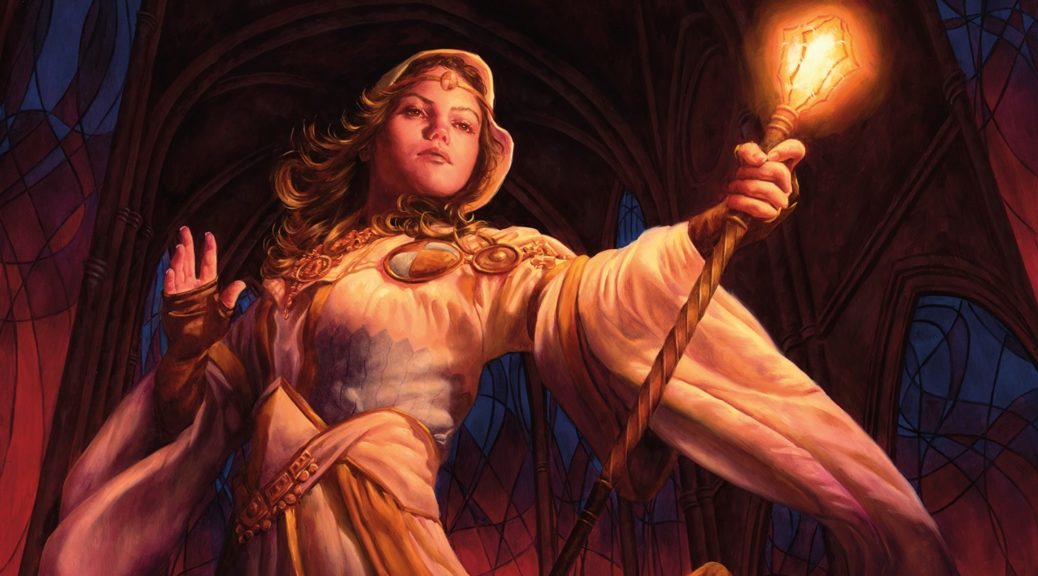 The Modern metagame has been evolving rapidly over the past couple of weeks with all the exciting new additions from Modern Horizons 2, with a bunch of new decks coming up alongside older ones being revived and updated. With the world slowly returning to paper Magic and in-store play, people are excited to play Modern again and that means there are specs to investigate and cards to buy!

The printing of Asmoranomardicadaistinaculdacar in MH2 has spawned quite a few different new decks, one of the earliest of which – featuring Feasting Troll King and Witch’s Oven to generate silly amounts of food and do unfair things – has been amusingly titled “Hell’s Kitchen”. Something else it’s done though is brought Urza and Emry back to the forefront of the format, where they used to be before both Arcum’s Astrolabe and Mox Opal were banned. The ‘Whirza’ deck and variants upon it dominated Modern for a while, and it seems like they might be back again to stay.

One of the keystones to decks like this are the cheap artifacts needed to generate value early and then combo off later with Asmoranomardicadaistinaculadacar and Ovalchase Daredevil, and Mishra’s Bauble has always been one of the top picks for that job. As such, TCG has been draining of copies very quickly, and both foils and non-foils are close to $20 already. It’s a different story in Europe though, with non-foils available from around €5 and foils starting around €8. This is some great arbitrage, but you need to hop on it fairly quickly before Europe catches on and those copies disappear too.

This is also a good time to go through any IMA or 2XM bulk you have lying around, because chances are you may well have some copies of this uncommon stashed away with the rest of those sets. Depending on how dominant this kind of deck becomes we may see something banned at some point, but until then I think we should have a decent amount of time to get in and out of this card.

Amulet Titan is another deck that fell off the ladder in Modern for a little while, but a seemingly innocuous little card from MH2 has given it new life once more. Abundant Harvest has given the deck an incredible new consistency that it sometimes lacked before, finding you the lands you need when you need them and even some Prime Times if you haven’t got a Summoner’s Pact handy.

But as good as it is, I’m not here advocating for Abundant Harvest to spec on – I want to look at Azusa, Lost but Seeking instead. It’s a card that has always been an integral part of Amulet Titan decks through their various iterations, enabling ridiculous amounts of mana on the very early turns of the game and potentially even helping power out a Primeval Titan as early as turn three (or turn two if you have double Amulet).

There are a few different printings of Azusa around now, but I really like the look of the FEA copies from M21 here. At only $20 they’re much cheaper than the Judge foils that have the same art but aren’t extended, and are already close to $40. The original Kamigawa foils are (and have been for a long time) very expensive, and the Commander’s Arsenal foils just…don’t look great. That leaves these M21 FEAs at $20 looking like excellent pickups now, as supply is starting to dwindle. It’s worth noting that this is a huge EDH card as well, in nearly 23k decks listed on EDHREC. Even if Modern doesn’t push this card as high as we’d like, EDH will get it there just fine.

Although an uncommon, the old-border foils of this aren’t exactly in high supply, and won’t be close to that of a normal uncommon. Even so, we’ve seen foil uncommons from MH1 cruise well over $10 and so for these OBFs I don’t think it’s much of a stretch to hit $20. There are so many problematic 1-3 mana permanents around in Modern that this deals with easily, without giving your opponent a land like Path to Exile does but still gaining the benefit of exile over something like Fatal Push (and the additional boon of not needing black mana of course).

This will probably be a longer hold, but I’m fairly confident that it will continue to show up in Modern control decks for quite a while to come as a nice catch-all.