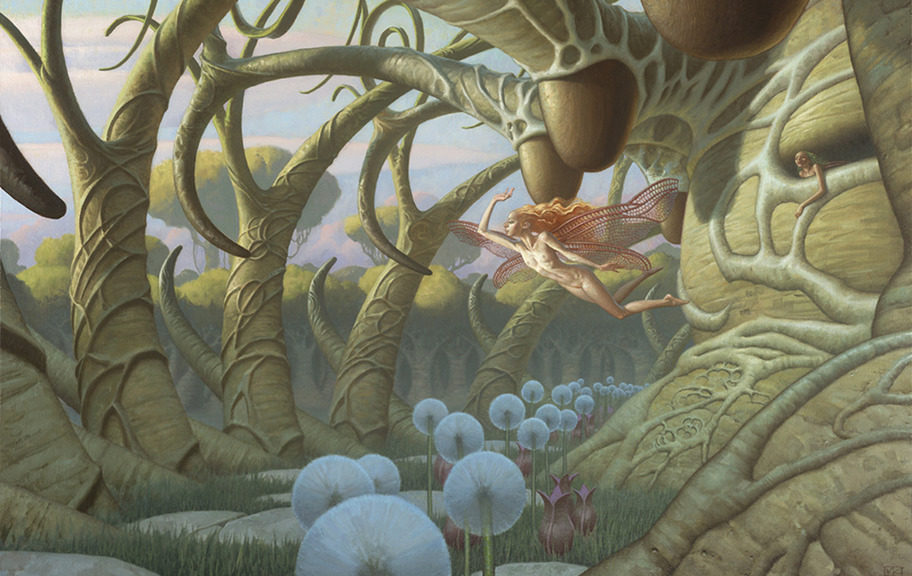 There’s a whole lot of hype around the cool things that are being revealed with Adventures in the Forgotten Realms, and we can do some preordering already! Some of these look like fantastic deals, and some are definitely traps to avoid. Let’s dive in, shall we?

First of all, we need to get something out in the open: This set, so far, does not have a chase card. The most expensive card is going to be a cool Commander, and do a lot of work for Dragons in general, but we haven’t yet gotten the “HOLY HELL TAKE ALL MY MONEY” reveal that we’ve had: Ragavan/OBF fetches, the Mystical Archive, Phyrexian Foil Vorinclex, and so on.

None of the cards previewed are very expensive as yet, which speaks not just to the power level of the cards, but the artistic choices Wizards has made here. We aren’t going to do anything too amazing…yet. There’s still a week of previews to go, though!

Tiamat ($25) – This is currently the most expensive card you can preorder from the set, at twenty-five bucks! It’s hard to argue with what this card tells you to do as a Commander: Play lots of Dragons (Changelings!) and go find five of them every time you cast Tiamat. That’s hard to argue with as card advantage, and if you want to play some kind of five-color Dragons strategy, you’re either getting these cards or you’re playing The Ur-Dragon for the mana advantage.

I don’t think this price will hold, though. The formula for expensive cards involves being in demand across a lot of formats/decks. The commander is almost never the expensive card, and that doesn’t bode well for Tiamat’s future price. This will fall to $15 easily, more likely $10.

Demilich ($15) – This has real potential in decks that want to play lots of instants and sorceries, though you’ll never pay less than four mana all told. Theoretically with some free spells you can get there sooner, but Gitaxian Probe isn’t legal anywhere and you’ll have to work pretty hard. The ability to recur this card is a big plus for it, and it seems best suited to play with Arclight Phoenix decks. Please note that this doesn’t have flying or haste or anything. It’s just a 4/3 durdle on the ground, easily blocked and killed. This should drop in price by at least half, sadly.

Circle of Dreams Druid ($5) – This is a lot more than an auto-play for Elf decks in any format. It’s a fixed version of a totally busted Reserved List card. We have another fixed version of Gaea’s Cradle to compare with, though: Growing Rites of Itlimoc.

I don’t think I want to buy the Druid at $5, though. Everything has to go downwards, generally speaking, but the value in this set has to go someplace. Long-term, I think this card has fantastic potential and I want lots of copies in my spec box, I just don’t want to buy at this price. I will be watching this closely to see what happens early on–this could be one of the fastest risers in the set because it goes so well into a range of decks and formats.

Sphere of Annihilation (75 cents or so) – Honestly, this is a card that various flavors of control decks have wanted for a long time. I genuinely think this is underpriced, given the flexibility it offers. It’s going to get a lot of use at an X-value of one or two, and if they go over the top at three, that’s what your targeted kill spells are for. Opponents also won’t play into it, giving you that much more time. Control decks crave time, as they have the resources and per-card power to win the long game. I’m a big fan of what this offers, and while I’m not yet ready to buy in, this is another card that I’ll be watching closely.

Tasha’s Hideous Laughter ($4) – If you think Modern Mill is a viable strategy now, here’s your happiest of days. Lurrus of the Dream-Den decks are all over the place in Modern, and while their spells are not costing two or less, Modern as a format is really getting faster and faster. Everyone wants to cost less, to get under the competition. Tasha’s Hideous Laughter is the punishment for embracing that mindset.

Again, I’m not buying yet, but we’ve seen the legs that some mill cards can have, and this is a spell that will be very popular for people who like to do that. I’d prefer to buy in at a buck or less, but this is a spell that puts stars in peoples’ eyes about what it ‘could’ be, not what it is. Note that it’s ‘each opponent’, for those of you who like to use this strategy in Commander games. Godspeed.

Cave of the Frost Dragon ($1.50) and the other new creaturelands (less) – This has been a banner year for creaturelands, I don’t think we’ve ever had so many in Standard before. Crawling Barrens, then Faceless Haven, and now a cycle of five that are all good at what they do. The white, blue, and black ones all make sense, the red one is great in an all-in attacking deck, and we haven’t gotten the green one yet. Celestial Colonnade and Creeping Tar Pit are still the best around given their pedigrees, but what’s surprising to me is that neither of the colorless lands have made a big impact on Standard. Is it just because control decks aren’t great right now, and we need rotation to make them good again? We shall see.

You’re going to be able to get these lands for near-bulk prices, and that’s going to be very tempting. Problem is, it’s difficult to predict which of these five colors will be the one that’s played a lot after rotation in the fall. If you feel confident that you can pick the winner, go for it. With seven creaturelands, I don’t think I can snag the one, and the return isn’t worth picking up a brick of each. If they are all a dime each, and you buy 7 bricks of 100 each, the one that hits needs to be bought for 70 cents each for you to just break even. Plus, we’re talking rares, not mythics, and there will be a whole lot of these out there. It’s not worth it, I advocate staying away.