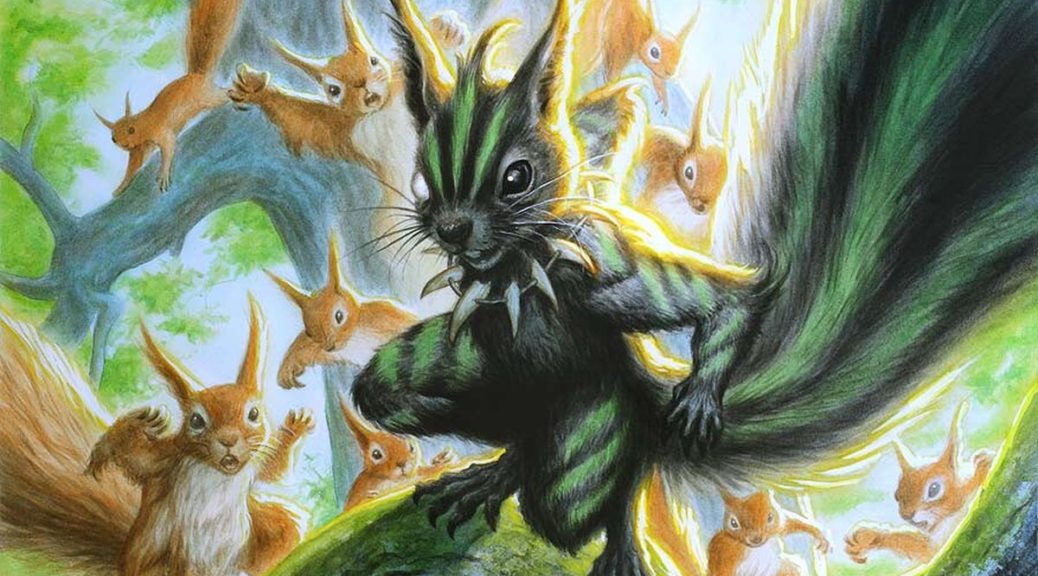 Last week I tentatively promised you more Modern content, and nobody would ever lie to you on the internet so here we are. I think that the format is generally in a decent place right now, albeit with a couple of problem cards, so let’s take a look at what’s good and what’s not.

Lots of Modern decks – both new and old – have been putting use to the new ‘free’ Elementals we got in Modern Horizons 2. Living End is using them as extra creatures to put in the graveyard, whilst there are some more fair decks like tribal elementals (notably piloted by one of our own Protraders to multiple top 8 finishes) making use of the cards. Grief was the one from the cycle that was the most hyped going into MH2, but since then some of the others have been picked up as well. Endurance is proving to be a solid card too and is already over $25, but whilst Subtlety is actually in more decks (with more copies per deck) than Endurance at the moment, it’s still only $12.

I haven’t even talked about half of why this card is good yet, and even so I’d be a buyer just based on its trends and play patterns. But if you actually read the text on the card it’s really strong – having a pseudo-counterspell strapped to a 3/3 flyer is great, and the fact that you can evoke it for no mana cost puts it on a level with Force of Negation, which has proven its worth in Modern time and time again. I think that this, along with the others in the cycle, will be a mainstay in the format for a good while at least.

Even the non-foil borderless versions are only $14 at the moment, with the foils starting at around $28 – and I think they’re all great pickups right now. As a mythic in a supplemental set it’s got a great amount of potential, and I have no doubt that Subtlety is going to follow the same trend that we’ve seen from some of the other Elementals too. It shouldn’t take too long to get up there; this is a fairly hot card and so you shouldn’t be waiting around on it especially if you want personal copies, and it’s no cheaper in Europe at the moment either.

Speaking of Elementals, here’s another one that’s looking pretty good at the moment. Risen Reef was a big part of Standard for quite a while when it was in the format, but since then hasn’t really had much time in the limelight. It’s seen a smattering of play in tier 2-3 Modern and Pioneer decks (Fs in the chat for Pioneer), but with the introduction of the MH2 Elementals this deck really looks like it might have some decent legs on it.

Multiple top 8 finishes from this deck with four copies of Risen Reef are a good thing to see, and what’s more is that this is also a card in almost 12,000 EDH decks listed on EDHREC. Albeit only an uncommon, these foils have already crested $8 in the US and supply is on the low side. We saw the potential of M20 uncommon foils in Veil of Summer, and with only 17 TCGPlayer listings for Risen Reef foils, this is primed to do similar things. The EDH demand has seen foils slowly dry up over the past year or so but this burst of competitive play is going to keep pushing it higher, but Europe is lagging on foils right now.

Cardmarket has NM foils starting at €2.50 and supply is definitely deeper than that of TCG, but not by a huge amount. Card Kingdom are already paying that in cash on their buylist which is a good sign, and so if you can get these from Europe to sell to the US market then you’re going to be in for a treat. Even buying and reselling in Europe is probably going to work out well for these, be it for Modern or EDH play on a relatively short timeline.

Instead of a third pick today I want to talk a little bit about how Modern as a format is looking at the moment, and my thoughts on where it’s heading. The top couple of decks at the moment are BR aggro and UR Blitz, taking advantage of the seemingly infinite number of 1-2 mana efficient threats like Dragon’s Rage Channeler, Ragavan and Monastery Swiftspear. These two along with pretty much half the decks in the format are all just playing four Mishra’s Baubles right now, for reasons ranging from prowess triggers to artifact shenanigans to enabling Delirium, as well as just being a free cantrip on top of all that.

Mishra’s Bauble might honestly be a problem card in Modern, enabling lower land count decks and giving decks higher consistency along with all the previously mentioned benefits it provides. I wouldn’t be surprised to see a ban coming for it before long – it’s just free for almost any deck in the format to play and unintentionally powers up a lot of strategies. The other option here would be to ban Lurrus, because even after the Companion rule change Lurrus continues to dominate in multiple formats, so that’s one to keep an eye on too.

Other than that, I think that Modern is in a pretty healthy place for the time being. There’s quite a lot of diversity in the metagame, which is changing from week to week, and I think that Modern Horizons 2 has hit the right mark with lots of the new cards being powerful and viable without being overly dominant. That’s it for me this week and maybe I’ll talk about something different next week, but we’ll just have to wait and see!