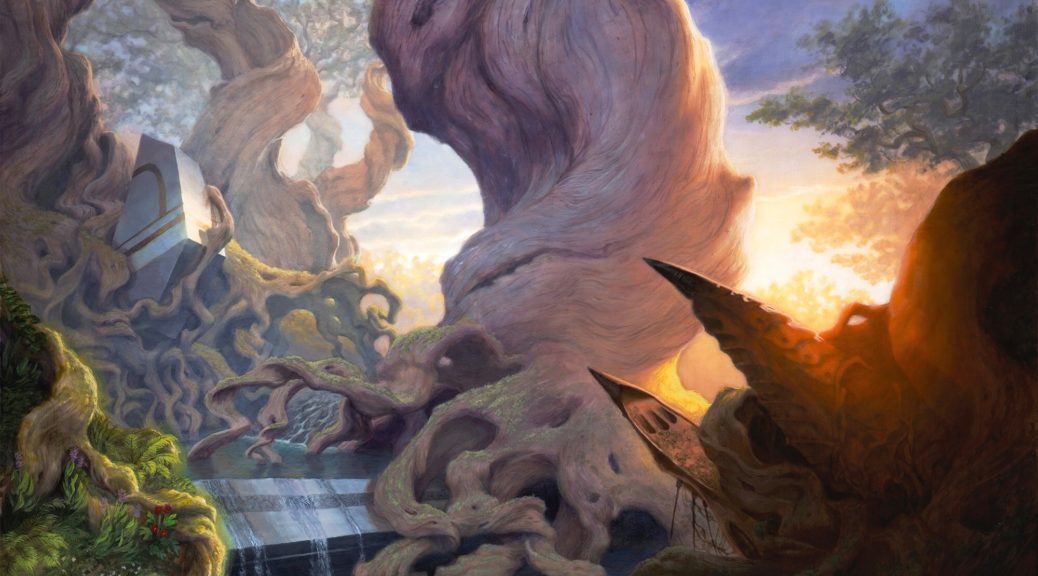 After last week’s venture into wild speculation territory, I thought I’d bring us back down to earth this week with some solid lands that I think are going to do well for us in the short to mid term.

Spirebluff Canal had been climbing for a while and recently spiked, both foils and non-foils alike. It’s seen a good amount of use in Modern over the past few years since it was printed in Kaladesh, and we haven’t had a reprint since then. Botanical Sanctum sees a little less competitive play than the Canal, but all the same looks primed to be the next one to spike.

Living End is currently playing a playset in Modern, with the Crashing Footfalls and Urza’s Kitchen decks playing occasional copies as well. It’s a popular Pioneer card and in nearly 10,000 EDH decks on EDHREC (incidentally around 2500 more than Spirebluff Canal), so there’s no doubt it’s a popular card. Foils have been draining hard, especially in the US, and so if you want any personal copies then now is the time (unless you want to wait for a reprint).

It’s entirely possible that we could see these lands reprinted in one of the upcoming Innistrad sets this fall, but I think that there’s still enough time to be in and out on some of these for a tidy profit before then. Europe has a good number of copies around $10 too, and so if you can shift those over to the US market then you should be able to realise some quick gains from those. There are only fourteen NM foil listings left on TCGplayer, most of which are single copies, so it seems like a strong movement similar to that of Spirebluff Canal is imminent.

Waterlogged Grove is by far the cheapest of the dual lands from Modern Horizons (the first one), and I think that it’s due for a price correction pretty quickly. It’s being played in multiple Modern decks including Elementals, Humans and Crashing Footfalls, as well as being a popular EDH card in nearly 20,000 EDH decks on EDHREC. Albeit not quite as popular as most of the other lands in the cycle, it’s definitely still up there and so being so much cheaper than the rest of them isn’t going to hold up for long.

There’s still a decent amount of supply on most of these non-foil dual lands from Modern Horizons, but seeing as we didn’t get a reprint of them in MH2 along with some of the others that got the old border treatment, I’m not really sure where we might see them printed again. With that in mind, I like picking up a stack of non-foils here to hold for a little while and look to either buylist or sell playsets on TCGPlayer etc a way down the road.

Staying with Modern Horizons, looking at the dual land cycle also had me looking at Hall of Heliod’s Generosity. This one did get a reprint with the retro foil treatment in MH2, and although it brought the price of the card down across all versions, I don’t think that’s going to last very long. Original foils from MH1 are still holding around $14, whilst these new ones are down at $6 for the time being, both in the US and Europe. There aren’t too many copies before the listings hit $10 though, and I think that’s a good sign that we’re going to see upwards pressure on this card as more people pick them up and upgrade their old copies.

Hall of Heliod’s Generosity is in over 26,000 EDH decks on EDHREC – a veritable staple in enchantment-based decks and a highly playable card in any deck that can put it to use. It sees a smattering of play in Modern and Legacy, mostly in Enchantress decks, but EDH is where it really shines, and I think will continue to be a very popular card moving forward. Enchantments will always be a big part of EDH and so this will always be useful, and I think that these $6 copies are far too cheap. Give it 6-12 months and I think we’ll see $20+ on these – and don’t sleep on the rest of the retro foils as well, because the popular ones are likely to see similar patterns.