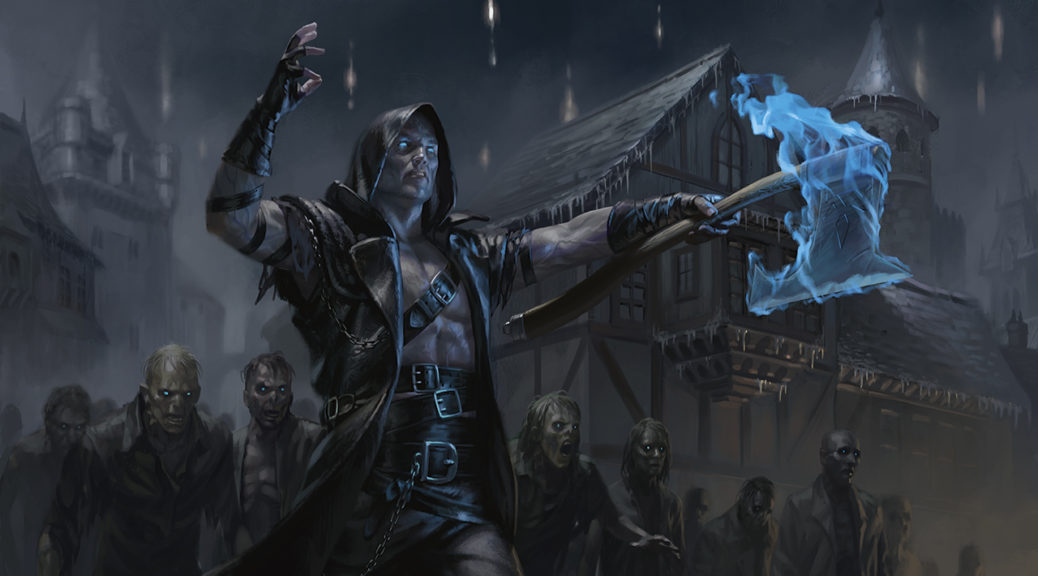 We’ve had Innistrad: Midnight Hunt cards in our hands for a few days now, and I haven’t written too much about the new set yet so I figured it’s about time to delve into what’s hot and what’s not. I think that the set has some hidden gems in it that people haven’t quite caught onto yet, and although it’s still early days, I feel confident calling some of them out as solid buys.

Ok, hear me out: what if this is actually better than Glimpse of Nature? A very bold claim for something that’s rivalling a card banned in Modern, but you’re getting a lot of value for the extra mana spent here. Instant vs Sorcery, and hitting off both creature tokens and enchantments rather than just creature spells cast means that you’re likely to be drawing a tonne of cards off this, and you can do so by reanimating and just dumping creatures into play without even having to cast things. On top of all that it’s got Flashback for a second go around, and so I really do think that this card is set up to potentially do great things.

It might not be better than Glimpse for Modern/Legacy Elfball, but I think that it could find a home somewhere in Modern and is definitely a powerhouse in EDH. Triggering off both creatures and enchantments makes it very versatile for EDH, and green/white is the colour combination you’d want to be in for that anyway, whether it be just those or with a third colour added – blue for enchantments, black for reanimator etc.

There are a fair few copies of this around at the moment, but for me that just makes it nice and easy to pick up a big stack at a good price. I’m viewing this as a slightly longer hold than some of my picks, because I don’t think we’ll see the FEA reprinted for a long time and it’s quite a unique effect to be on an instant or sorcery card in Magic. Grab a pile of these now to stash away and I think you’ll see some very nice gains 12-24 months down the line.

It’s Grave Titan. But in green. That’s it, that’s the pick.

Seriously though, I think this is a pretty great card for green decks, and is very comparable to the black Titan that’s been listed in nearly 17,000 decks on EDHREC. 6 mana for 10 power and toughness on the board is no joke, and with the new Daybound/Nightbound mechanic it’s pretty easy to flip your own Werewolves – and once this one does flip you get the extra “when this attacks” trigger, as well as an extra point of power and toughness and a fight ability. The fight ability is good in any green deck and really really good in a dedicated Wolf/Werewolf deck, and all in all I think this is a great card.

I don’t want to spend too much time comparing this to Grave Titan, but as a point of reference, all of the Grave Titan non-foil printings are over $10, and although supply for newer sets is much higher, I think that these foil Showcase versions should be set to post over $10 given enough time. The Showcase versions are really nice; they’re subtle but definitely much better than the regular cards, and with some better art to boot. I don’t think that you can go wrong picking some of these up, and honestly I’d grab copies to try in your own EDH decks too.

I’m actually a little bit surprised that this isn’t higher up on the EDHREC page than it is, because this card is really, really good. Whether you’re running this as your commander or a part of the 99, this iteration of Gisa is the best we’ve seen yet, and I think that when people really start seeing this card being played, they’ll want one for their deck too. Imagine if Draugr Necromancer could be in your command zone, and you didn’t have to spend any mana to cast the cards you exiled with it – well, you don’t have to imagine it because that’s basically what Gisa is.

Even putting aside the second ability for a minute, just the incidental graveyard hate on this card is excellent value; people are always trying to reanimate or dredge things in EDH and putting a damper on that without a dedicated hate card is exactly what you want out of a card (whilst not hurting your own graveyard shenanigans). With the second ability on Gisa as well, there are an untold number of things you can do with your opponents’ creatures, from using them as sacrifice fodder to just swinging at their owners with them – this card is a powerhouse.

I like the look of both the regular and Showcase foils here; I think the art on the regular versions is much better, but people are always going to desire the most premium printings too. Regular foils can be had around $2 and Showcases around $3, and I think that now is a good time to start picking up some small piles of these to stash away for a little bit. I wouldn’t mind picking up cheap stacks of Gisa non-foils here too actually – if you can get a bunch under $0.50 I think that they’ll buylist nicely a little way down the road.