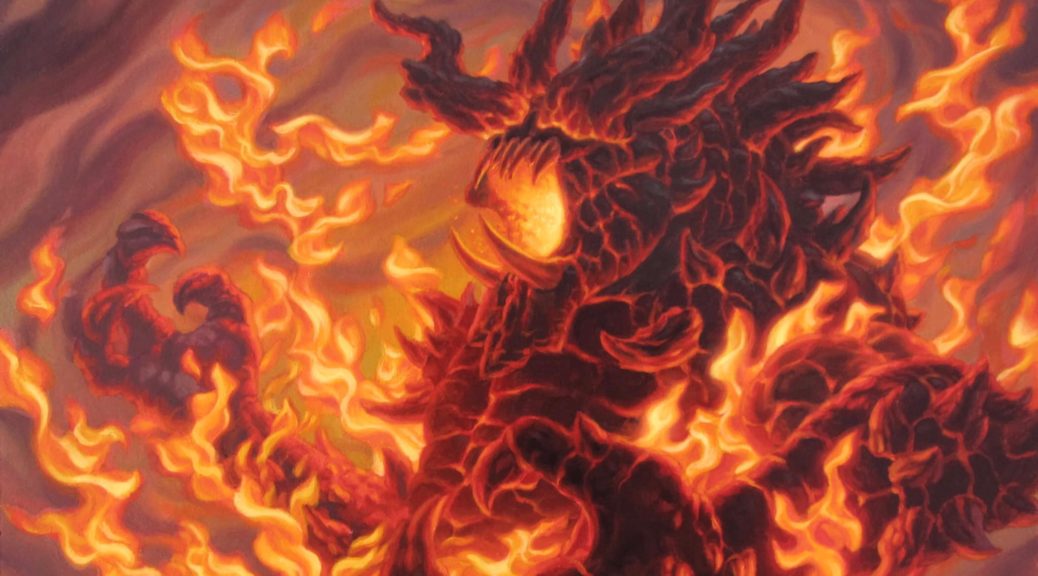 It’s been a few weeks since I took a proper look at the Modern format, so here I am back at it again with the Modern content this week. The metagame is still pretty diverse and looks to be healthy, so read on for what I think you should be picking up this week.

UW(x) control has been hovering around the top of the Modern metagame for a few weeks now with no sign of dropping, and that’s partly because it’s got some of the best answers in the format right now. With Prismatic Ending, Counterspell and Solitude in its arsenal there isn’t much that the deck can’t deal with, and Spreading Seas has been a consistent tool for the deck to battle against things like Urza’s Saga, Tron decks and greedy 3+ colour manabases.

I was quite surprised when I realised that Spreading Seas has only ever had a single printing, all the way back in original Zendikar (not Battle for Zendikar, Zendikar Rising or the yet-to-come Zendikar Resurrections). That means that, for a relatively popular Modern card that only has one printing 12 years ago, foils are now getting incredibly hard to come by. There aren’t any NM foils on TCGPlayer and the only LP foils are at $70 and $100 – pretty ridiculous prices for this little common.

Europe has a few more than that though, with a few NM foils under €15 and a good handful more under €20. I think that buying these under €15 is an easy flip over to the US to list on TCGPlayer for $40-50. Nobody’s paying $70 for LP foils of this, but if they see NM foils under $50 then they could well be tempted to snap a couple up for their Modern deck.

Lurrus of the Dream Den (EA)

I think it’s time to talk about Lurrus again. I’ll try not to repeat too much of what’s been said before, but Lurrus is still a hugely dominating force in Modern and I don’t think that’s going to change any time soon. Three of the top decks in the format (Burn, Hammer Time and Jund) are playing Lurrus as a companion, and bans have been talked about quite a bit for this card. There’s been some discussion in the ProTrader Discord about it, and I’m of the mind that despite the power level and prevalence of this card, I don’t think that it’s ripe for a ban. It still allows for a variety of decks to be played and can be dealt with fairly handily by sideboard cards, and so isn’t oppressive enough to warrant a ban at the moment.

Despite its continued popularity, there’s been a dip in price over the past few weeks and I think now is a good time to capitalise on that. EA non-foils have dropped down to around $15, having been over $25 earlier in the summer, and I think that hitting that $25+ price point again won’t be any trouble at all for this card. A good data point here is that Lurrus EA non-foil is still around €25 ($29) in Europe, where Modern is possibly the most played format, and so I think that the TCG prices will reflect those in Europe before long.

Something a little more under the radar for today’s last pick, Goblin tribal has been putting up a decent showing in some Modern results over the past couple of weeks and I think it’s worth taking a look at. It’s utilising Ignoble Hierarch as some extra acceleration alongside the classic Æther Vial, which makes for a slightly trickier manabase but the fact that Hierarch is a Goblin means that cards like Cavern of Souls and Unclaimed Territory are very useful.

Munitions Expert is a consistent four-of in these lists, as it can pick off both creatures and planeswalkers that are getting in the way of pushing damage through, and having Flash for when you don’t have an Æther Vial in play can be huge.

Despite only being an uncommon, there are only seven listings left for NM foils of this on TCGPlayer. If you want foils for personal use then I’d snap them up sharpish, and a playset or two to spec on definitely won’t hurt you. There are a few more around the $4-5 mark in Europe too if you can get those, and if this deck takes off in Modern then I expect this to be $15 before long.