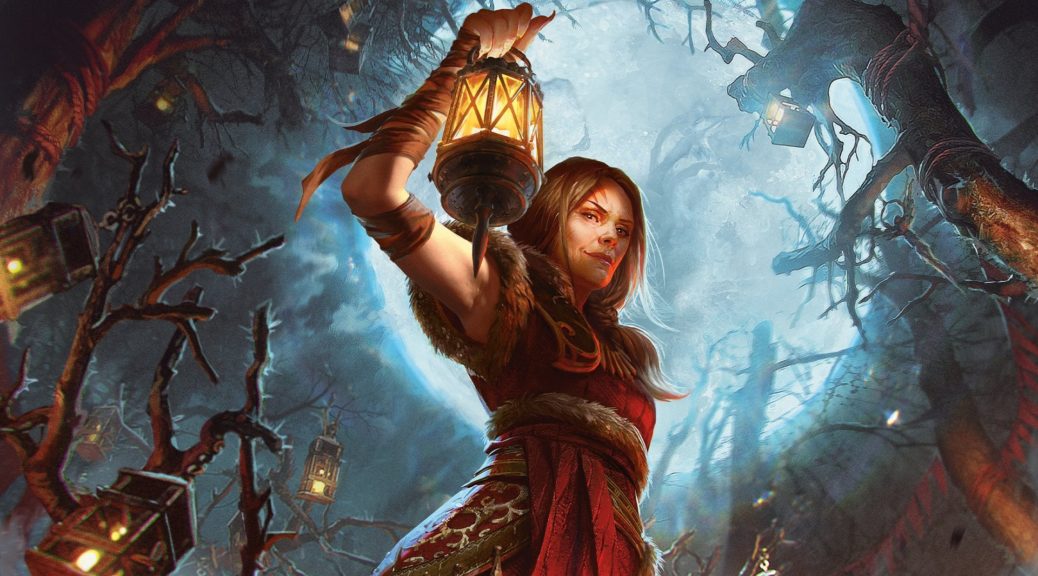 Innistrad: Crimson Vow is just around the corner now and we have the full spoiler out, so I thought that whilst everyone is looking the other way this would be a perfect time to go back and consider some of the best pickups that Midnight Hunt still has to offer us.

Wraths and boardwipes of one sort or another seem to be very commonplace nowadays, but just because there are lots of different options doesn’t mean that they’re all the same – some are definitely leagues better than others. I think that Vanquish the Horde is one of those that will prove to far outstrip a lot of the current options we have, specifically at the EDH table. I think that it’s directly comparable to Blasphemous Act, a card that is in over 92,000 decks listed on EDHREC and the second most popular red card in the format as a whole.

I think that if Blasphemous Act hadn’t been printed 19 different times (or close to that anyway), then it would easily be a $10+ card due to its popularity and power amongst the more casual formats Magic has to offer us. As it is, the back-to-back reprints in Double Master and Commander Legends put the price in the ground for a fair while at least – but Vanquish the Horde might be a new challenger on the block.

Already one of the most popular cards from MID, I’d like to see Vanquish get a little lower than the $5 it’s at right now, but I’m not sure if that’s going to happen or not. My advice is to stock up on a few copies for now and keep a close eye on it – if it dips then feel free to buy down the ladder, and if the price starts creeping upwards then I don’t think it’ll be coming back down before a reprint. EDH and casual players are faster on their feet than they used to be, and that leaves less time to buy future staples before everyone else realises how good they are. Nevertheless, I think that there’s still ample opportunity to get in on this and ride it up over $10 before too long.

Another card that’s already been making waves on EDHREC, Malevolent Hermit might seem relatively unassuming at first but in the right deck it can be very powerful. If you’re thinking that this is more geared towards higher powered decks then you’d be right, and I think that this could even find a spot in some cEDH decks. The Manaleak effect on the front side is strong in its own right; forcing your opponents to either play around it or play into it can really hamper their strategies, and then if you’re able to Disturb it the card becomes a gargantuan problem for anyone trying to disrupt the combo that I assume you’re about to try and pull off.

Even outside of high power and cEDH decks, I think that Hermit is a strong inclusion in pretty much any blue deck – you’re playing blue so it’s likely you’re going to be casting counterspells and not wanting your own spells to be countered, so this is the perfect card to help with that.

FEAs are currently around $8 on TCGPlayer, and I think that the premium versions of this card are the ones you want to be looking at. The more entrenched and competitive EDH players are likely to want the fancier versions, and this is a card for them so the FEAs are where your money is best placed. I can see this as a $20 without much trouble even in a few months’ time; there are currently only 23 NM foil listings on TCGPlayer and there’s a decent ramp upwards.

Finishing things off this week with more of a bulk pick (although I like the look of the FEAs too) – Galvanic Iteration is reminding me somewhat of Narset’s Reversal back in War of the Spark and what a good pickup that was below $0.50. Now a $5 non-foil, I think that Iteration is going to perform similarly, being a card that slots very easily into all UR spell-focused EDH decks and probably a few others besides that.

It’s naturally most popular with commanders like Veyran, Voice of Duality and Zaffai, Thunder Conductor that reward you for casting and copying Instants and Sorceries, and will be very at home in your classic Mizzix decks as well. At a little over 1100 EDHREC inclusions it’s not the most popular card from MID, but far from the least either. I expect to see it become a relative staple in spell-based EDH decks just as other copy spells have been, both in the casual and more serious scenes.

Regular copies can be had in bulk at $0.50 right now, and I think that they will be a great buylist play 12-24 months out. The FEAs are $2 right now too, but with only 40 TCGPlayer listings for those it won’t take much to move the needle, and I think they will post up close to $10 in a shorter timeframe.