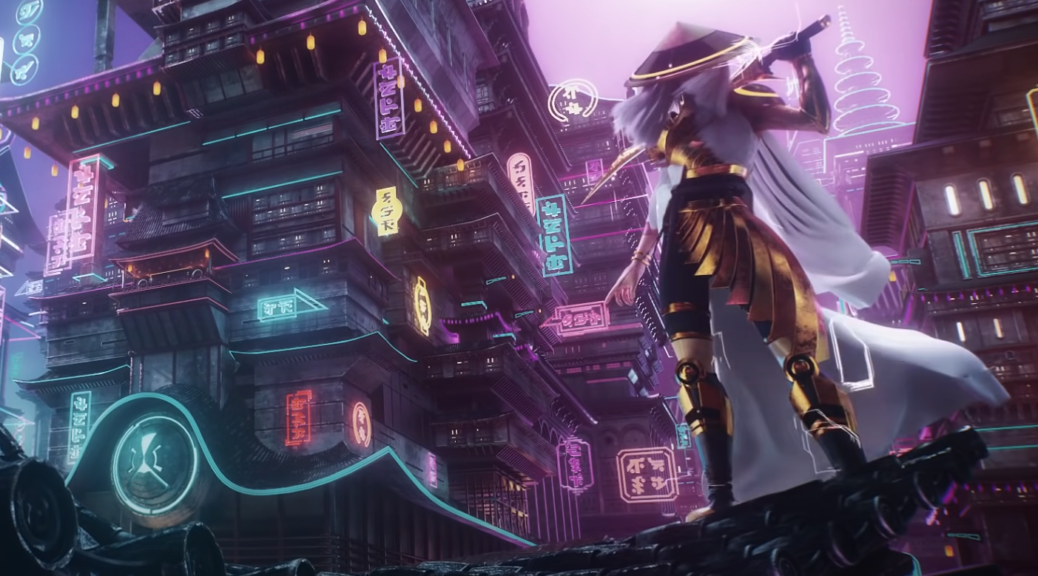 Now that we’ve got the full preview for Kamigawa: Neon Dynasty, it’s time for me to take a look at all the new cards and see what I think is going to be potentially useful or relevant in the Modern format.

I’ve liked Sagas ever since they were first introduced to Magic back in Dominaria, and they’ve provided an interesting design space for some powerful cards. We don’t see too many Sagas in Modern, but I think that Hidetsugu Consumes All is a card that could prove very strong in the format. Both the first and second chapters have an immediate impact on the board: destroying all nonland permanents (not just creatures) with mana value one or less hits so many relevant targets like Ragavan, Death’s Shadow, Colossus Hammer and more. Exiling graveyards has always, and probably will always be useful in Modern (looking at you, Lurrus), and then once you’ve done all that you still get a 3/3 with upside for your troubles.

Modern is a format about efficiency and flexibility of threats and answers, and Hidetsugu Consumes All does all that and more in one card. I certainly expect to see this tested out a bunch and wouldn’t be surprised if it becomes a reasonable force in the format, so keep an eye on prices as they come down a bit after release and pick your entry point. I like the Showcase versions quite a bit here too (more so than the EA copies), so don’t forget those if you’re looking to pick some up as a spec or for your decks.

Boseiju, Who Endures is possibly the card from the new set that’s had the most hype and chatter around it, with people getting very excited about pairing it with Wrenn and Six, Life From the Loam or Primeval Titan. These are all undoubtedly great homes for the card and I’m not saying the card isn’t great, but I am saying that a $35 preorder price for a regular rare in a Standard set is a little ridiculous.

Boseiju puts in the work of an Assassin’s Trophy (although admittedly not hitting creatures), but is also just an untapped land that even makes coloured mana – quite the package deal for this card. I don’t think that we’re going to see this become a huge staple with decks running four copies, but I do think that multiple decks like Jund, Dredge and Titan will start running 1-3 copies and be able to replace a basic land with it, potentially opening up other removal slots for different cards instead.

As I said before, the $35 price tag on these preorders isn’t really justifiable, and once the mass box openings start we should see this fall under $10 before too long at all. I expect to see this played a reasonable amount in EDH too, and its multi-format popularity should secure it as a good spec to pick up a fair few of and sit on for a year or two.

Kamigawa has given us a cycle of five Marches and they all seem like pretty decent cards, but March of Otherworldly Light really stands out as the one that could actually make it in eternal formats. I see this as a premium removal spell to challenge the likes of Prismatic Ending and Path to Exile in Modern (although Ending has pretty much replaced Path at this point anyway), and is definitely going to be tested heavily.

March is an instant which already puts it ahead of the sorcery speed Prismatic Ending, and although it can’t Planeswalkers, it’s still going to be great against the vast majority of relevant threats in Modern. You can be on the draw and still hit a turn three Lurrus before you untap, and the scalability of the card makes it incredibly flexible. You can take out anything from a Ragavan to a Primeval Titan without much trouble, and although you’ll sometimes be putting yourself down on cards, the mana you’re saving and the fact that you can react at instant speed more than makes up for that in my books.

TCGPlayer prices are currently around $3 for this, whereas over in Europe you’re looking at paying more like $8-9. That means one of two things: prices in Europe are yet to fall far enough, or the US is massively undervaluing this card (or a mixture of the two). I’m willing to bet that it’s a little of each column, but that also means that I think you should be grabbing these at $3 whilst you can. Prices in Europe might come down to around $5 but could well stop there if March of Otherworldly Light proves to become a Modern staple, so I wouldn’t hang around if you want copies of this.

2 thoughts on “Kamigawa in Modern”