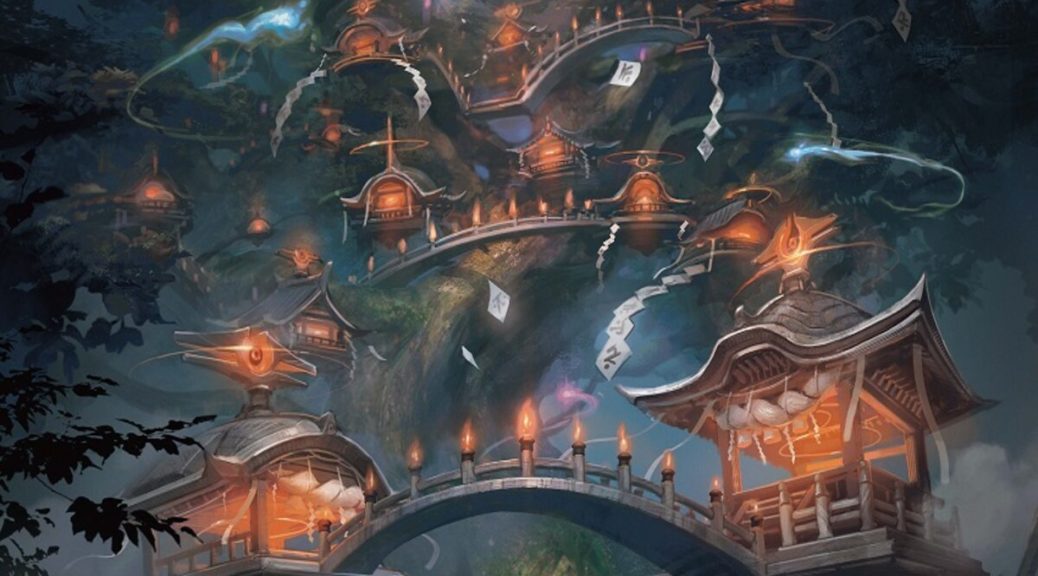 Last week I promised some talk on the new Kamigawa cards in this week’s article, and I’m keeping to my word on that. With the full card preview having been out for a few weeks now and paper cards in hands for a few days (other than cards from prereleases, that is), it’s time for me to take a look at what I want to be buying from the set, specifically for EDH. Some cards are yet to hit their lows and so we’ll need to keep that in mind, but it’ll be worth keeping an eye on a few of these to pick up when the time is right.

Eiganjo, Seat of the Empire is all the rage in Modern at the moment (by which I mean Hammer Time is trying out a copy or two), but I want to look at the black card from the cycle – Takenuma. It may be below the green, blue and white lands from the cycle in terms of numbers on EDHREC, but I think it’s actually second best only to Boseiju at the EDH table. Any lands-matters deck is definitely going to want this, be it Lord Windgrace or The Gitrog Monster or something else, and it’s going to be a great card in the majority of decks that have any graveyard interaction full stop.

If you’re building your deck around Legendaries with something like Kethis, the Hidden Hand, then you’ll likely only be paying one or two mana at the most for the ability on Takenuma, but even if you’re not and only have your commander out then three mana to stock up your graveyard and get something back is still a great deal when you consider that it’s effectively on a basic land. I reckon this card is more powerful than you think until you actually play with it – pair it with a Life from the Loam and things get pretty gross pretty fast.

At $16 for the borderless foils I think that they could come down a little more in the next couple of weeks, and I’d really like to see these at $10 to grab a bunch. I’ve picked the borderless foils over the FEAs because I think the art is better, and because borderless cards in NEO are more rare than they used to be. FEAs are already cheaper and more plentiful as it is, and although I hope to see borderless Takenumas come down a bit first, I think we’ll see them retain the higher price point overall.

Kodama of the West Tree

Onto a creature now that doesn’t really feel like it should be Legendary, but then again neither do any of the other Kodamas (in my opinion). Regardless, I think this one is an important one for a lot of EDH decks, and has more applications than it might seem at first glance. It can technically be played as your commander, but I think it will generally find a better home in the 99 of a few different types of decks.

Any auras or equipments decks in green are definitely going to want to be playing this; trample is a huge boon in EDH where there are often a tonne of chump blockers sitting around to stop your creatures from being effective in combat. On top of that, any counter-based deck – be it +1/+1 counters, ability counters or something else weird – loves this card, especially when you can use that trample damage to ramp out even more threats.

Preorders for this card were way up at $15-20, and thankfully it’s come down to a much more reasonable $5 now. I think this is probably as low as it might get; we could see $3-4 but for a relatively popular mythic I wouldn’t wait too long if you want to pick these up. I don’t mind the showcase foils at $13-14 (but would prefer them closer to $10), but my play would be the regular non-foils here – CK are currently pretty much paying retail on them which I hope is a good sign for their opinion on the future of the card.

Looking at more of a penny-stock for our final pick this week, I really like the look of Silver-Fur Master – and I mean the text on the card as well as the art and border. This is going in every Ninja and Rogue EDH deck ever built or to be built, and on top of that I suspect it’s set to be a casual favourite too. It doesn’t get much better than buffing all your creatures and reducing Ninjutsu costs all on a 2/2 for 2, so I can’t see any reason not to play this in those decks.

As I alluded to, the showcase versions of this card are gorgeous, and I’d be saving any and all of these from box openings and draft tables. This is also an opportunity for European speculators to get in on – you can grab stacks of these off MKM for 10¢ or so each, much less than you’ll likely be paying for them on TCGPlayer. It’ll probably be a bit of a longer hold on these, one to stash away in the cupboard for a bit, but I expect buylists to be paying $0.50-$1 each for these a year or so down the road.