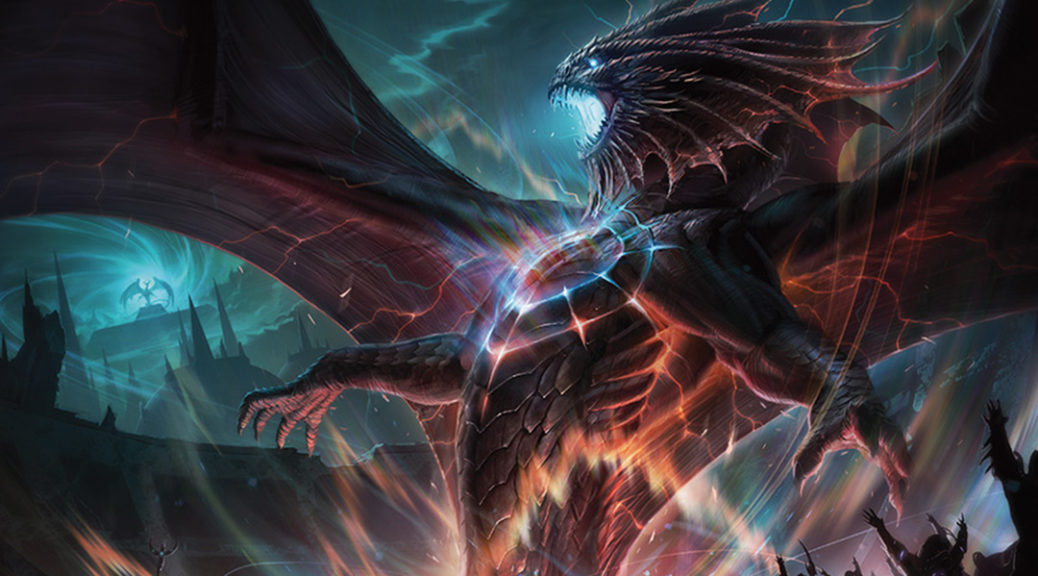 I’m writing this article because Jason told me to. Kind of. Look at his tweet, okay?

Pioneer is being brought back into the spotlight with the upcoming Regional Championships featuring the format, and so everyone and their dog has started playing and streaming Pioneer on MTGO again.  So let’s talk Pioneer.

Hidden Strings has been one of the top Pioneer decks for quite a while now, and I think that it’s a good time to act on some of the cards in it before prices start to move. Emergent Ultimatum has long been a key part of the deck, casting it with your bounty of mana from Lotus Fields to go and find your Fae of Wishes + untap effects etc, and grab your wincon. It sounds a little convoluted but once you see it in action it works pretty well, and the only real disruption you can hit it with is counterspells (or you know, killing your opponent before they can go off).

The best decks against Hidden Strings are either hard aggro or hard control, both of which are a reasonable part of the meta at the moment but still can’t quite topple the king. Mono-red likely stands the best chance of being the top deck in the weeks to come, as a cheap and accessible deck that a lot of newer players (to the game or the format) can easily pick up, so we will be taking a look at those cards too.

I’m almost surprised that Emergent Ultimatum is still as cheap as it is, because it’s seen moderate EDH play along with its Pioneer prowess and copies have started to dry up. Only 29 listings left on TCGPlayer and not many around the $5 mark before it’s closer to $10, so I think this is prime time to grab a few of these before the cheaper copies are gone. A $10 floor is very soon in this card’s future, and $15-20 really won’t be too far off either.

As mentioned in the previous section, I’m looking at the mono-red deck. It’s a very streamlined, hardline aggro deck that plays 8 one-drops, four Eidolon of the Great Revel, and a bunch of burn spells (including Bonecrusher Giant which is obviously serving double duty). Chandra, Dressed to Kill really isn’t playing games (ironically?), with almost all the decks playing four copies and a few on three, and it seems like she’s the real deal.

Three mana for three loyalty is pretty standard, but Chandra comes equipped with two different +1 abilities that give you mana and burn (but not mana burn) or card advantage, and an ultimate that is certain to end the game very quickly if you ever get it off. I expect this card to be a mainstay in Pioneer, and might even get tested in Modern (although likely won’t make it very far), but either way people are all over this card right now and copies are getting hard to find.

They’ve pretty much vanished from TCGPlayer, with only nineteen listings across foil and non-foil, and the major vendors have very few copies (and they’re expensive). Over in Europe, however, the market is lagging a little bit and you can still get quite a few around the €8 mark on CardMarket. I don’t think that those copies are going to last very long at all, so pick them up whilst you can – and if you can find any in the US around $12-15 then I think they’re still a decent buy too. Supply on this mythic isn’t high enough to meet the new demand at the moment, so for the time being it’s going to be a scarcity and could easily crest $25 and keep going up if its popularity continues.

Now onto a completely new deck on the scene (as far as I can tell), with Mardu Greasefang. This is a deck that pivots around Greasefang, Okiba Boss, Parhelion II, and discard/mill effects. The deck’s been doing pretty well over the past few days, with a bunch of 5-0 Leagues from different players and some strong finishes in the Pioneer Challenges (including a win). I really like the look of this deck, and its strong synergy backed up by some generally powerful cards makes for a promising future.

As the name suggests, Greasefang is a key component to this deck, and until it finds a copy the deck can’t really ‘do its thing’. The fact that the Vehicle comes back to your hand instead of getting exiled is huge when you’ve got so many discard effects in the deck; it means you can just keep repeating again and again. I expect to see a few different variants of this deck pop up over the next couple of weeks, and wouldn’t be surprised if it were a major player at the Regional Championships.

Foil Showcase copies are currently available for around $4 on TCGPlayer, and I think are the best version to go for if you’re looking to spec on this card. 48 TCG listings but most are single copies with no major walls (actually nothing past 3 copies), so once demand picks up a little bit these are going to disappear pretty quickly. If you want to play this deck with foils then I’d grab these quickly, and I think it’s a really solid spec too.