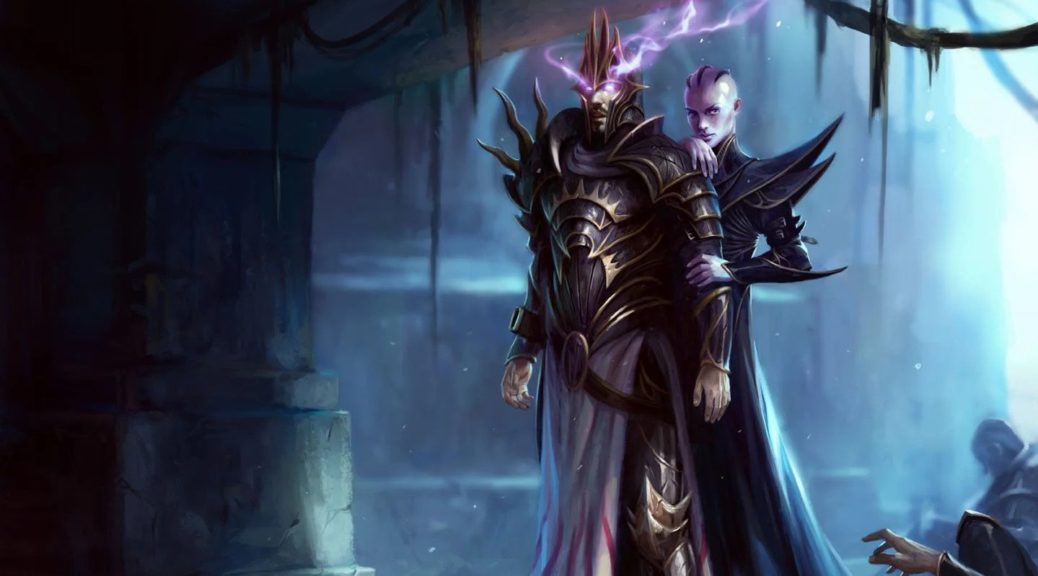 I’m branching out from just talking about Pioneer this week, and whilst I’m still looking at the Pioneer metagame and how it’s evolving, I’m focusing on cards that are seeing cross-format play to back up their newly found (or already well-established) fame.

As I alluded to a couple of weeks ago, it’s been hard to take down Hidden Strings as one of the top dogs in Pioneer. The new mono-red deck featuring Chandra, Dressed to Kill is doing its best to dominate the metagame right now and certainly doing a pretty good job of it, but after the past couple of weeks of people trying out different decks, Hidden Strings is still firmly one of the best decks in the format.

Dark Petition has long been a staple of this combo deck, not necessarily as a playset but almost always there as 1-3 copies, helping to find your combo pieces whilst generating mana to help you go off. This tutor is also (unsurprisingly) a very popular EDH card, in over 11,500 decks listed on EDHREC – tutors have always and will always be highly prevalent in that format, and the fact that Spell Mastery isn’t particularly difficult to achieve makes it that Dark Petition will effectively cost two mana the vast majority of the time.

What really makes this a great pick, though, is the fact that it’s never had a reprint outside of promo pack copies, which means it’s been nearly seven years since a proper print run of this card. Foils and even non-foils have been slowly drying up, and it’s getting to a point where there really aren’t many around any more. Foils are hard to get under or around $10, and will likely see $20 in the next couple of months – there are only nine listings for NM foils on TCGPlayer right now, and whilst there are a decent few more over in Europe I don’t think that will last too long. Non-foils are looking pretty ripe at around $5 too (more like $2.50 in Europe if you can get those), and should be headed for $10 pretty soon. Even though there aren’t a huge number of decks playing this card in competitive formats, the low supply combined with EDH popularity is definitely going to keep pushing Dark Petition upwards until we see a reprint. It might be something that we get in a Commander deck at some point, but likely not in foil so that’s a safer bet if you’re worried at all.

Another deck that’s been putting up the numbers recently is Izzet Phoenix. Back in the very early stages of Pioneer, Arclight Phoenix decks were some of the best out there and dominated the top tables week after week – and the card hasn’t really gotten any weaker since then. If anything, it’s better than ever before due to the steady influx of new cantrips and cheap burn spells we get with every set. Stormwing Entity has seen some play across multiple formats in different variants of Arclight decks, and most recently has popped up in some of the Pioneer lists that have been doing well. Stormwing has seen a reasonable amount of price fluctuation over its time in Standard, Modern and Pioneer, but all versions are currently at a price floor and now is the perfect time to pick them up.

The best kind of setup with this card can look something like dropping it on turn three, and following up on turn four with one or more Arclight Phoenixes from the graveyard. That’s in Pioneer, mind you – in Modern you can do all that a turn earlier with free spells like Gutshot and Manamorphose.

With Stormwing as low as it is at the moment, I think it’s a great time to be grabbing some of these cheap. The deck is on the upswing in Pioneer and it’s sure to have some more time in the sun in Modern as well, so I think that this card should be primed for another spike soon enough. The FEAs have seen highs of around $30 before, and we could see that again with enough success from these styles of decks. Regular non-foils are very cheap right now, around $0.50-$1, so if you can pick up a brick of those at a decent price then that could also be a good option.

Knight of the White Orchid (Foil)

Perhaps a slightly more under-the-radar card for my last pick today, I’m looking at Knight of the White Orchid and its use in a relatively new mono-white deck in Pioneer. There isn’t too much of this deck around at all, but it has put up some very strong finishes in recent Pioneer Challenges and I think is worth taking a look at.

Knight has never seen a huge amount of competitive play, but over on the EDH side of things it’s another story. Nearly 40,000 decks registered on EDHREC means that this is a very popular card in white decks, and we all know that EDH players love their foils, which is likely a big part of the reason supply is as low as it is.

Knight has had a lot of non-foil printings in Commander decks, but the foils are currently limited to the original Shards of Alara print, the Origins reprint and the Origins pre-release promo. That’s not a lot of supply with the last foil version already being nearly seven years old, and that’s reflected in the listings we can see across TCGPlayer and other vendors. Original Shards foils are practically non-existent if you want NM (although still a few around €6-7 in Europe if you’re quick…), whilst Origins foils can be had in a small amount for $5-10. These aren’t going to hang around much longer, but if you’re quick then I think you’ll be rewarded nicely for it.