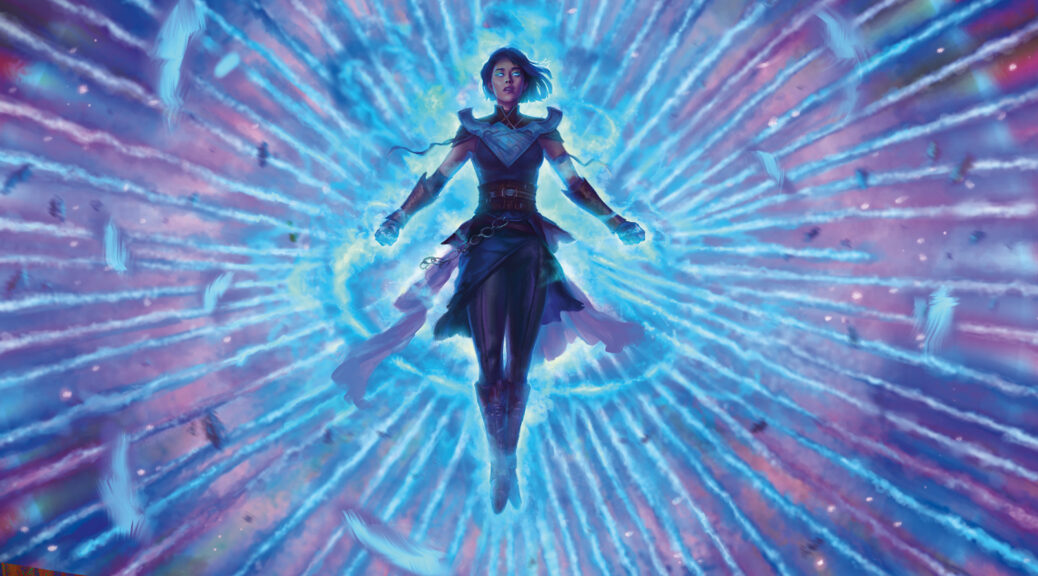 Have you ever identified such a compelling speculation target that you’ve dreamed about it – perhaps in nightmare where you missed the opportunity and now the price has gone soaring? I recently had a bad dreams about Double Masters 2022 (2X2) booster boxes, which at the time were prices around $255 per box – a week later were up to $320 per box. Fortunately, after this dream I was smart (or dumb) enough to purchase several cases of 2X2, which are currently on track to be very profitable! While I have not yet had a dream about my first pick yet, that’s likely because I already took out a sizable position on it due to it being my first 10/10 confidence level selection.

One factor I often use when evaluating potential selections is by looking at the quantity and type sold for any given card on TCGPlayer.com, which can be very illuminating. Typically, non-foil versions sell at a greater frequency for most cards, especially for products with collector boosters producing a large quantity of foils. But there are of course always exceptions to this rule. One exception is cards in many EDH decks that also have a limited number of foil printings. This is especially true for first time foils, for example Carpet of Flowers, which was first printed in foil in a Secret Lair Artist Series: Johannes Voss. This first-time foil started out at around $30 and continued to grow over time to $60 today. When combined with the other contents of this drop, this Secret Lair has doubled up in value in just one year.

I believe my first pick will replicate the success of Carpet of Flowers, if not more.

Mystic Remora is included in 117,989 decks on EDHREC, which is two and a half times as many decks as Carpet of Flowers. This is despite zero reprints until this new Secret Lair – in any form – which will finally put more eyes on the card. Impressive. The original printing of Mystic Remora from Ice Age was cheap for a long time, but over the last few years it had begun to climb to over $10. Absent this reprint, it would have been a $20 card in a hurry, and I think it still is on this trajectory given a little more time. Having a strong non-foil price is important to give foil copies a solid foundation to establish a favorable foil-multiplier. I expect foil Mystic Remora’s to start off reasonably expensive and begin climbing even higher after months of supply draining out.

The rest of this Secret Lairs’ contents are very solid as well, which is why I recommend the entire drop instead of buying singles post-release. This drop also includes Burgeoning, Utopia Sprawl, and Retreat to Coralhelm, plus any unexpected bonus card.  In particular, Burgeoning is a very solid reprint based on its inclusion in 30,000 EDHREC decks and current $20 non-foil price tag. Burgeoning’s current foil price of $70 doesn’t seem like a realistic comparison, considering it’s from the 2016 release Conspiracy: Take the Crown, but still, the foils should do well.

Lastly, the art of this drop is amazing, and it’s borderless to boot. This Secret Lair is firing on all cylinders and is about as close to a sure bet that we’ve seen in a Secret Lairs for a long time, assuming no other reprints of these cards in the short term.

Everyone knows Rhystic Study is an S tier staple in EDH. It’s included in nearly 200,000 decks on EDHREC and is often featured by key content producers who focus on the Commander format. What you might not know is that the only affordable foil version of this card is starting to dry up fast. when the Unstable Harmonics version of Rhystic Study first hit the market, there were large bricks available as far as the eye could see. Vendors had 20, 30, 60 copies available for sale – and for a moment the price fell below $30/copy. But from June 1-20, 150 near mint foil copies have sold on TCGPlayer.com. There are still a few vendors with bricks available, including one with 48 copies, but it’s significantly less than a month ago and it’s only a matter of time until this version of Rhystic Study begins climbing significantly in price. Its current foil competition is the Commander’s Arsenal version which is $75 for a light played foil or closer to $100 for a near mint version. While it’s unlikely that this new Secret Lair version will catch up with a 10-year-old foil, it should be much closer to this foil version than the none foils, which is where it stands right now. I would wait until this card is officially crushed out of 2X2, before picking up your copies just to be safe. After that, it seems like this foil should be a solid steady gainer moving forward.

Spellseeker is an incredible EDH card, providing a solid tutor effect on a body that can be repeated if flickered. It is in 36,000 EDHREC decks, including six percent of all blue decks. The only non-foil printing of this card is around $35, setting a high price starting point for the foil multiplier. This judge promo originally began circulating in early 2020, so we should be near the tail-end of supply. In April 2022, the price for the judge promo climbed to over $150, with a few selling at $200, before falling back to its present level. While fleeting, this highlights the solid potential of this version of the card. Given another year, I believe this card can once again become a $150+ card. While the original foil Battlebond version is slightly cheaper at the moment, that hasn’t held back other similarly positioned cards, and I don’t think it will be able to contain Spellseeker either.