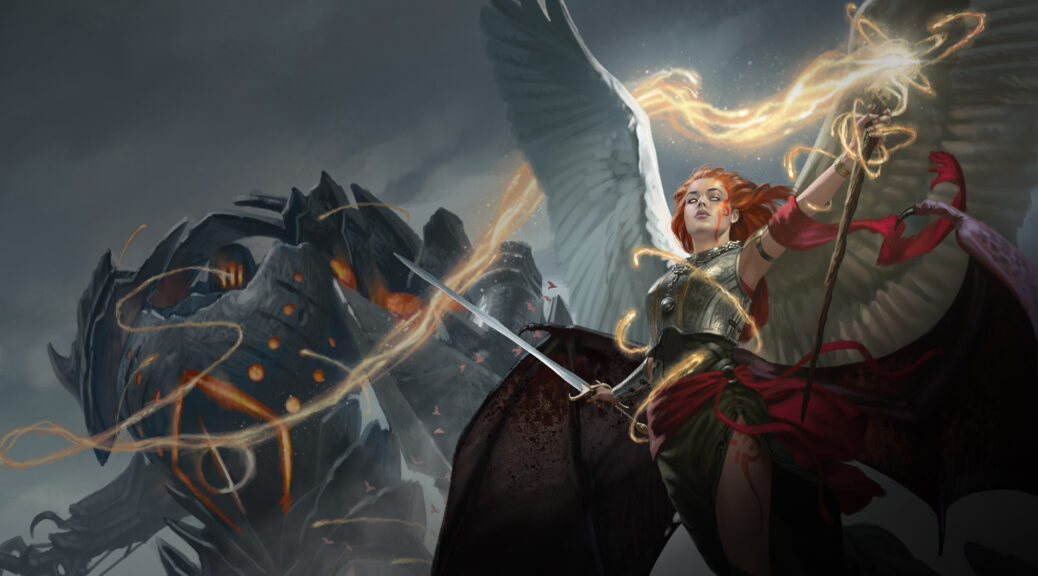 There’s a few adages in Magic finance that always made a lot of sense to me:

That last one is especially relevant now, with Double Masters 2022 previews starting up as of yesterday. At least one of the previewed cards is a reprint of a reprint, and so we know how this song goes.

For others, the tune isn’t so clear…

Double Masters 2022 was always going to be a big deal. The first one made lots of people lots of money, especially with the VIP packs predating our Collector Boosters. What’s really going to juice the amount of product opened is not the big-ticket price of packs, but the fact that Commander Legends: Battle for Baldur’s Gate was not a big deal financially. Yes, a couple of the rarest dragons are expensive, but value-wise, the set is quite underwhelming in the short term.

That’s not going to be a problem with DXM2. Immediately we got told that Dockside Extortionist is in the set, with foil-etched and borderless variants. The hits just kept coming from there, and some of them are clearly going to make us some money.

Let’s start with one of the big reveals from Thursday’s stream: Phyrexian Altar.

We know exactly how good this card is. It’s been registered in 44,000 Commander decks online via EDHREC, and that number is only the serious players who bother to set it up online. Plus, this has had only two printings, Invasion and Ultimate Masters. See if you can spot when the reprint happened:

As an additional bonus to that 44k number, it’s never been in a Commander precon, which can really goose some of the inclusion numbers.

So yes, I’m telling you to KISS (Keep It Simple, Stupid) and buy Phyrexian Altar when it gets cheap. I’m especially telling you to go for the regular, nonfoil copies, as those should get to a wonderfully low price, likely under $20 and maybe as low as $10. This is as straightforward as things get in Magic finance, and it’s advice I would give to anyone who asked me for an example of how all this works. I mean it, too: Buying 20 copies when it was $15 (as the UMA copies were for a few months) and holding for two years would get you $60 a copy before fees. If you held for three years you’re looking at $80-$90!

Granted, there were no reprints of any kind for this card, and that’s relatively rare these days. Between Secret Lairs, special inclusions, and a new set every six frigging weeks, there’s a whole lot of reprinting going on.

Doesn’t take away from the simple truth that putting $100 into plain copies of Altar will double your money in a year, and might go higher. Note that this will be a rare again, meaning there will be a lot of copies to go around.

Let’s look at another Ultimate Masters card, this time a mythic:

Mana Vault is one of those cards that I, as a long-time, very enfranchised player, used to put between the spokes of my bike because I was an ignorant little snot who didn’t know how to do this properly. If that teenage jerk had just saved his cards, I’d have a mansion in the hills!

Anyway, we have here the same pattern: Got expensive, got reprinted, got cheap, and then got expensive again. Given that there will be multiple versions of the Vault again, I would repeat my advice that the best return on your money would be to buy the regular, nonfoil copies and then just wait patiently. Don’t spend all your money on any one of these cards, please be sure to diversify, but Double Masters 2022 is going to offer us a lot of opportunities to put some money in and get a lot more out.

This one I’m slightly less sure about, as there’s complicating factors:

There’s no question that Bloom Tender is a powerful card. It’s an infinite mana engine with Freed from the Real, it’s an Elf, and in five-color decks, it gets out of hand very quickly indeed. Eventide was a low point in Magic sales, which is why the OG foils are so very expensive. This was in the Mystery Booster, and that put juuuuuust enough copies into circulation as to keep the price from going much higher. Then last year, arriving at the same time as the Phyrexian Praetors, this was in the Secret Lair: Jen Bartel edition.

Again, that’s enough copies to keep the price from going up, which is notable for a card listed in 40,000 decks online.

What I’ll be watching for, very closely, is the floor on regular copies. Right now, there’s some optimistic pre-orders for around $20, and that bodes very well for future opportunities. I ignore pre-orders, generally speaking, but remember that almost all cards start out at their highest prices, and drop from there.

Bloom Tender should be no different, and I’m hoping it gets to $5 when all is said and done and all the packs are finally opened. It’ll definitely get to $10, which is an okay buy-in price, but I’ll be much more excited about it if it goes even lower. Having the Secret Lair copies available for $40-$50 depending on foiling puts a pretty hard cap on what Bloom Tender can do long-term, though I’d be expecting to buy in at $5 and get out when it hits $20-$25 retail in 12-18 months.

This is just a sample of what I’m expecting from Double Masters 2022, and as we get more previews, we’ll also be able to focus on what our long-term plans for the set are. Stay tuned!