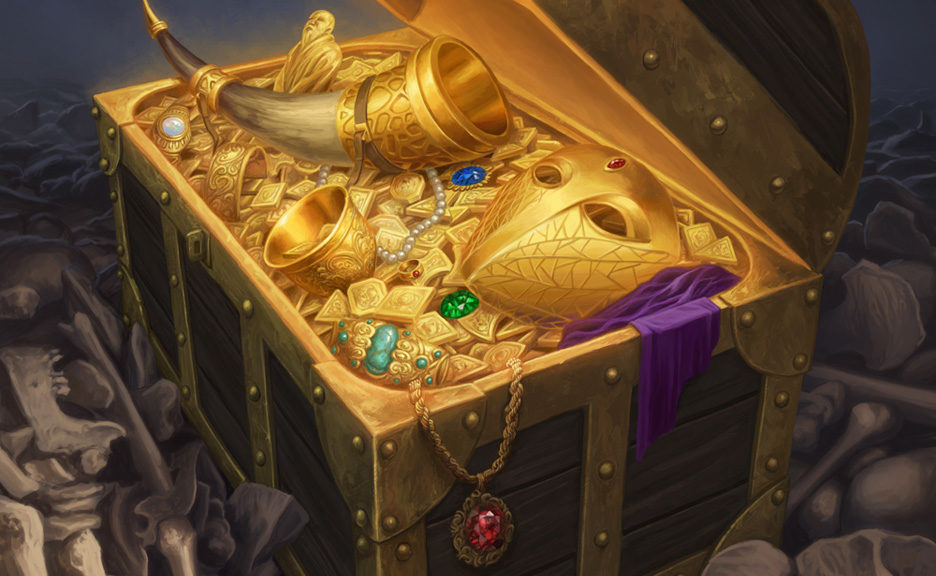 The Treasure token has gone through a lot of iterations. Once a throwaway, it has become an extremely useful piece of Magic design. We’re about to get a turbocharged look into what Treasures can do, with this Streets of New Capenna mythic:

Now it’s true that Jason wrote about some of its implications on Wednesday, but there’s a lot of cards that would love to have this in play, and today I want to go over them. Not only is this card going to interact well with the ones I’m picking, but these are cards that will love anything which makes Treasures now, or ones in the future.

I’m talking about sweet combos, like adding this to the new uncommon Stimulus Package, which lets you sacrifice a Treasure to make a 1/1 Citizen token. Every land is now a Squirrel Nest? Ding!

So let’s get into these cards, both old and new. 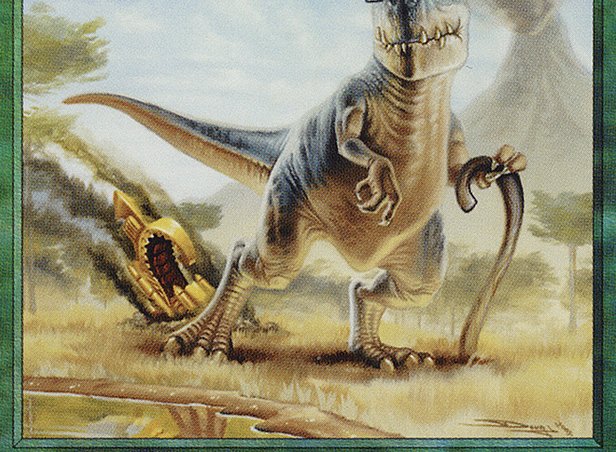 We’re getting the first Streets of New Capenna previews in, and while my first impulse is to dive into those cards and immediately start speculating, there’s been a development that caught my eye:

I warned of this two weeks ago, because the stock was low and the card is fire, but I didn’t expect to be that right so quickly. Retro border cards from Time Spiral Remastered are difficult to reprint, and there wasn’t all that much to begin with. Modern Horizons 2 also gave us some OBF cards, both of reprints and brand-new cards.

The MH2 cards often have more stock, mainly due to the use of Collector Boosters, but both these sets offer us some opportunities to buy cheap now and sell when more expensive. Let’s get into it! 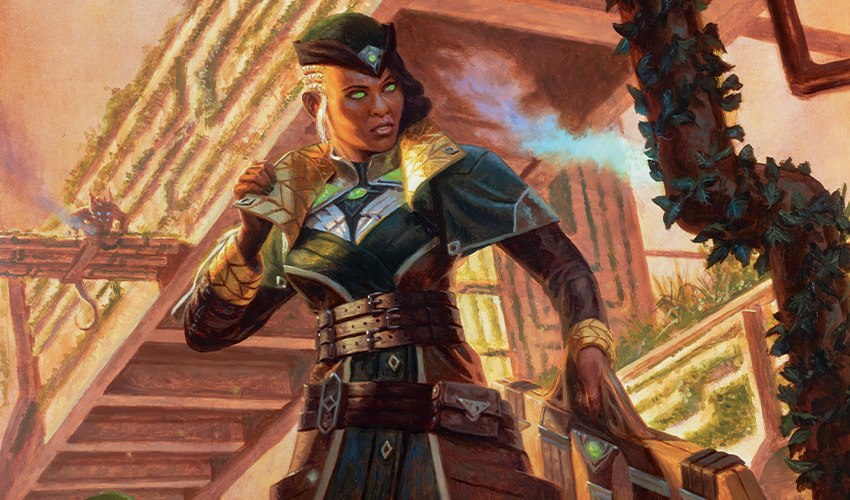 We’re getting all sorts of good things going on right now. We’ve been given a taste of Commander Legends 2: Battle for Baldur’s Gate, we’ve got a peek at Unfinity, and preview season for Streets of New Capenna is just around the corner.

We don’t know the themes for the shards yet, and honestly, I’m expecting new paths (or attempts thereof) for each shard, much like we weren’t expecting Boros to be Spirits and ‘cards leaving the graveyard’ theme in Strixhaven. Still, good picks are good picks, and let’s see what we can see.

Dovin’s Veto – 62k EDHREC decks – This is one of the banner cards for Commander. Of decks that can run it, 27% are doing so. There’s some ways around it, like Ashiok’s Erasure, but the feeling of ‘I’ve got this in hand, and when I hate something it stays hated’ is a lovely one indeed. Of note, there’s some special versions running around: we have the original version, plus its foil, and then we have a promo version in the used-to-be-FNM frame, and then the Retro Frame from Time Spiral Remastered. The OBF versions are clearly the superior choice, but are already a pretty penny. Still, $3 uncommons with multiple versions and rank as Commander staples offer a real appeal. I think the FNM foils in the $6 range offer the best chance for growth, but there’s so few OBF versions under $50 that I can totally see those few copies getting snapped up and the card hitting $100.

Sanctum Weaver – 17k decks – There’s a lot to be said for Enchantments as a theme. Sythis and now the Go-Shintai have set a very high bar for what an enchantment deck can do, and the Weaver is a staple of the archetype, no matter which color combination you’re in. FEA versions have doubled in the last few months, but I think there’s going to be more demand for this card going forward. I’d be in on EA before I picked up regular frame foils, because Commander players do love things that look different.

Sterling Grove – 20k decks – Green and White are traditionally the colors for enchantment shenanigans, and giving them protection from spot removal is a powerful thing. The price of nonfoils dropped when the reprint hit in MH2, and now we have a judge foil as well. This is a great time to get in on one of the must-have cards when building a deck with this theme, and I’m fully expecting something sweet to come along soon.

Damn – 28k decks – I thought that this card would be a Modern staple, being so spoiled for choices and options and lands in that format, but Commander players have really run with it too, and in surprising numbers. There’s a lot of control decks out there, and while there’s protections from these sorts of board wipes, it’s nice to have. The target here is the retro frame versions, foil and nonfoil, as they haven’t popped yet but they are excellent candidates to do so.

Niv-Mizzet, Parun – 4500 as commander, 21k as card – I did not think that this version would be getting as much play as he does, but as either a commander or part of the 99 it’s an amazing card. We’re only going to have one shard that uses red and blue, but ‘spells matter’ is an enduring trait of the color pair and this is nicely set for long-term growth. There’s only a few vendors with NM foils, and the card predates the Collector Booster era, so it’s pack foils or nothing.

Scute Swarm – 42k decks – Does your deck play lands? Then have I got a card for you! People have also been messing around with mutating this card and then playing lands, which works! The simplicity of the card, and the potential for breaking out the graphing calculator in order to figure out just what happens with Scapeshift + Parallel Lives…Commander players can’t stay away from this. Showcase foils are where I’d prefer to be, especially because the ramp from $5 copies to $10 copies is quite apparent.

Rhythm of the Wild – 52k decks – We are going to get two Commander decks with GR as colors (Naya and Jund) and Rhythm is a staple for those colors. If holding a Dovin’s Veto gives you a warm happy feeling, then getting Rhythm of the Wild into play with your creature-based deck is the whole dang hot tub of bliss. No counterspells and your stuff will be either bigger or faster? Sold. Foils are $20, and that’s pretty high for a recent uncommon. My concern here is that it’s a very popular card, and an uncommon, and would be an excellent addition to a Secret Lair sometime soon. On the other hand, there’s less than thirty NM foils on all of TCG right now, so a big jump upwards wouldn’t require a lot of sales.

Aura Shards – 26k decks – Honestly, this is an impressive number considering the two main printings of this card are the original in Invasion and then the Commander 2011 copies. We’ve gotten a Mystery Booster version of the CMD frame, and then The List has the Invasion frame. Even with those additional printings, there’s still only one foil (astronomically priced). With both Naya and Bant decks around, this is something that’s almost too good for Commander. It’s extremely effective at what it does, destroying a wide swath of problematic cards and invalidating some strategies entirely. We’ve got a whole lot of copies out there, but it sells 5-10 copies per day. I like that velocity, and so I like some List copies at sub-$5 to grow over time.

Felidar Retreat – 26k decks – This card is at a great intersection of colors and themes. Token decks love the card, as do +1/+1 counter decks, and being only one color means it can go into decks that much easier. Again, Showcase foils are where I want to be, with less than 50 vendors for NM foils, only a few of them having 4+ copies, and no big restocks coming.

We’ve had some interesting growth in a set of cards that I’ve written about before, and the time has come to revisit this particular edition: the Mystery Booster Retail Edition Foils. We’ve seen some spikes in cards like Intruder Alarm, Minamo, School at Water’s Edge, and Aurelia’s Fury. All of these have gone up for different reasons, different commanders, but the most important detail is that something cheap is now something expensive.

Aurelia’s Fury spiked due to the interaction with Hinata, Dawn-Crowned. Sure it’s cute, you get to tap every creature on the board and make every opponent unable to cast noncreature spells this turn. Hard to go wrong!

We saw all the versions of Fury go up at the same time, which is excellent news for the long-term appeal of MYB foils. Mystery Booster foils are often underpriced or similarly priced to their regular versions, and these are mythic rarity (1 for every 121 packs) for a set that wasn’t able to get drafted very much. We’re long past the time where there’s a few pallets worth of product waiting to be opened, so let’s dig in and find what’s undervalued in comparison.