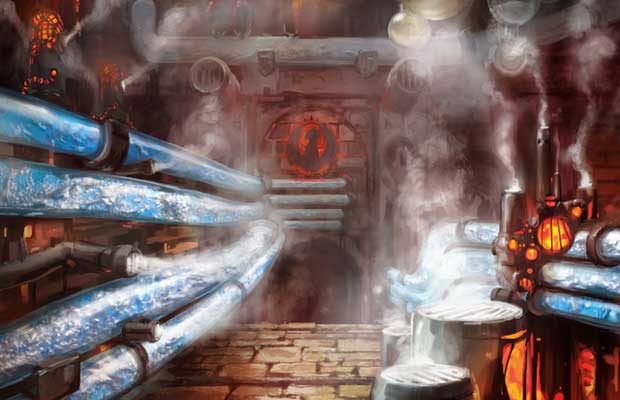 I’ve moved in even deeper on Modern Masters 2015 boxes as my sources all concur that the print run will be lower than expected and that many dealers will have trouble getting a hold of enough boxes to meet their local demand. Further proof comes from my receipt of offers from local dealers at prices far above what I’m buying for. You may be hearing that the print is bigger than last time, and it is, but a lot of that will be eaten up by the massive attendance at 3 GPs worldwide and a flurry of drafting at your local shop. I’m willing to bet that boxes are scarce by mid-June and the price tops $300 again. I’ll be happy to sell into the hype around the triple release GPs, but if I need to hold the boxes until Xmas season to yield my expected 30-40% returns, that’s fine too.

The Tarmogoyfs and the foil Siege Rhinos, along with the Steam Vents were all purchases of opportunity at GP Toronto, where some dealers from smaller towns surrounding Toronto were sporting remarkably low pricing on many staples. It felt like I could have gone very deep on value purchases at the event, and indeed several contacts reported dropping thousands in productive fashion. Selling into hype at a big tournament is always a good place to be, and I continued to unload Ojutai and Den Protector this week into amazing value.

Most of the rest of my buys were late night Ebay value purchases, where auctions were closing at prices below market value. We’re not quite at the season for summer pricing lows, but I’m starting to move in on the Theros gods, looking to acquire piles below $5 to out a few years later over $10.

Over on PucaTrade I continue to dump cards I expect are either peaking or likely to decline due to imminent reprint, with an eye to trading up into a $500-1000 card within a month or two of frequent trading. The latest dumps are Leyline of Sanctity out of my Abzan Tokens deck in Modern, based on the likely appearance of the card in Modern Masters 2015. I expect to get back into these below $20, so selling now at $30 in trade value is great.

Note: The rest of the guys were quiet this week. Look for updates this weekend.