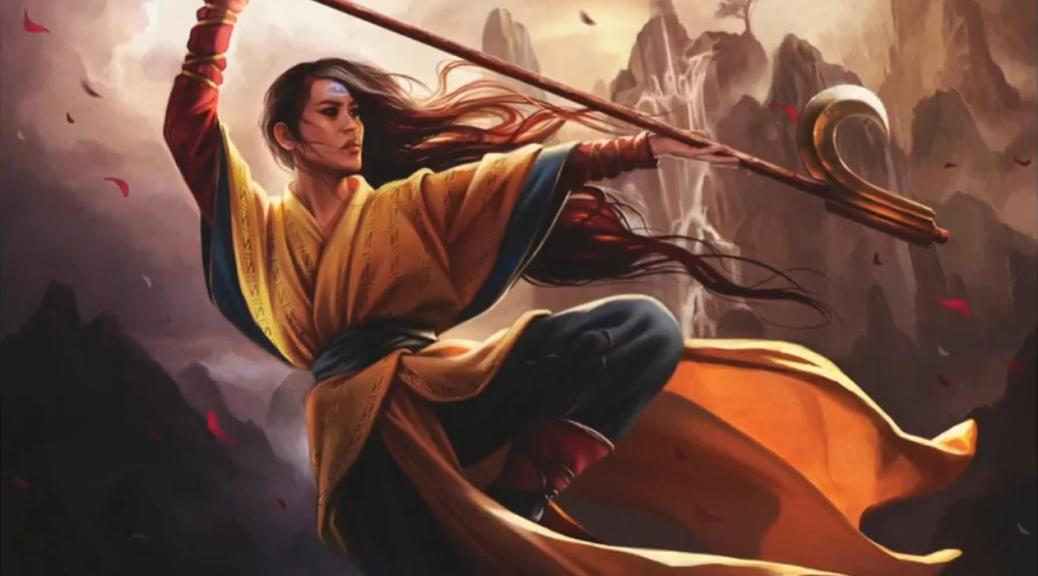 Here’s your weekly update on what’s been shifting around in price in the world of paper Magic: The Gathering this week. This week, the story is much more about what’s falling than what’s rising as the overinflated EV (estimated value) of Khans of Tarkir packs starts to fall back to earth.

The upswing on this card is squarely rooted in it’s appearance in a new Modern combo deck that uses Goryo’s Vengeance to bring back Narset, Enlightened Master and take extra attack steps to demolish the opponent as early as turn 2. The card is likely to fall back a bit before enjoying a slow but steady increase as additional uses are found, but I would be a seller on any stray copies I happened to have lying around.

It pulled some Top 8 camera time at the Pro Tour a few weeks back and word has slowly been spreading that this card might be one of the best answers to cards like Siege Rhino, Wingmate Roc and Sidisi by blunting their comes-into-play abilities. With Rabblemaster already proving that M15 rares carry strong gain potential, the question now becomes whether Gryff can find multiple homes and set up shop as a staple or fall back toward bulk on limited top table play. I stored 12 copies at $1, but I’m in no rush to unload now as a future home in Modern seems likely and the post-fee profits aren’t very compelling as of yet.

The big gainer’s fall off pretty quick this week, but the big Vault shows it still has some gas in the tank as an M15 mythic with applications in multiple control builds in the new standard that have interest in wiping boards completely.  This card needs some top table finishes in the near future to push over $10 and towards $15 so I’m now comfortable holding until we see how the format evolves, with an eye to getting out if things shift heavily toward aggro.

The price on this heavily reprinted rare dual land is being pumped up by the widespread adoption of Jeskai Wins and Jeskai Ascendancy decks. You had a shot at picking these up this summer under $3, so now is a good time to get off the train if you’re holding. Otherwise, you can reliably wait until next summer to get back in for your personal collection.

Thoughtseize is to Theros block as Abrupt Decay was to Return to Ravnica, meaning that it’s a multi-format all-star you should have been snapping up by the dozen when the card as under $10 during the summer lows.

This combo bad boy is dropping for a few different reasons. Firstly, it hasn’t been posting enough top table results to make people really respect the card in Standard. Secondly, there’s the general downtrend of KTK rares that is finally kicking in as more product floods the market. Finally, there’s the fear that the card will be banned in Modern this winter for degeneracy. For what it’s worth I think it’s much more likely that Treasure Cruise gets banned in Modern instead of Jeskai Ascendancy as there simply aren’t enough high profile Modern events between now and the next ban list release to prove the combo is too dominant to live.  At $4-5 this was a hold, but if we can get copies under $3 I’m a buyer as the card has applications in many formats and the Standard deck could easily improve with help from forthcoming sets.

This drop has nothing to do with the power and reach of this card, and everything to do with the general decline in KTK card prices that will unfold into the holidays. Over $10 I was a seller, but in the $5-7 range I’m a buyer for long term holds since the card is an all-time all-star , with the caveat that a slight ban potential in Modern could injure the spec in a big way.

All of the KTK fetchlands are headed south as expected, and should settle into the $8-14 range depending on Standard usage by the holidays. Interestingly Polluted Delta is still holding the highest price of the five, a situation that should correct itself in favor of Foothills and Windswept Heath, ie the two lands that are actually seeing the most standard play. I’ll be buying a couple of full playsets of these lands, but I’ll happily wait until they bottom out to snatch them up.

As predicted a lack of dominant play and the downtrend for KTK is pulling Sarkhan down a bit. If you’re going to play him, feel free to hold, but if not, I’d be looking to trade into fetches at their lows, since their long term potential far exceeds Sarkhan, who won’t be a great target for gains until he rotates. For him to bounce back this fall, the Mardu planeswalkers deck that Brad Nelson and crew ran back at GP Los Angeles last weekend needs to post some big results across a few important tourneys to unseat Jeskai Wins and Abzan as the assumed dominant decks.

Is she powerful? Of course she is? Is she owning top tables? Nope. Price memory should keep her over $30 for a while longer, but she’s really not winning enough games to justify this price.