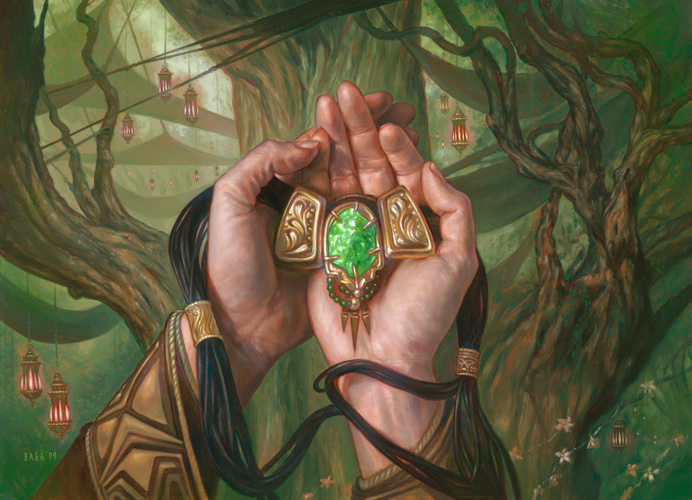 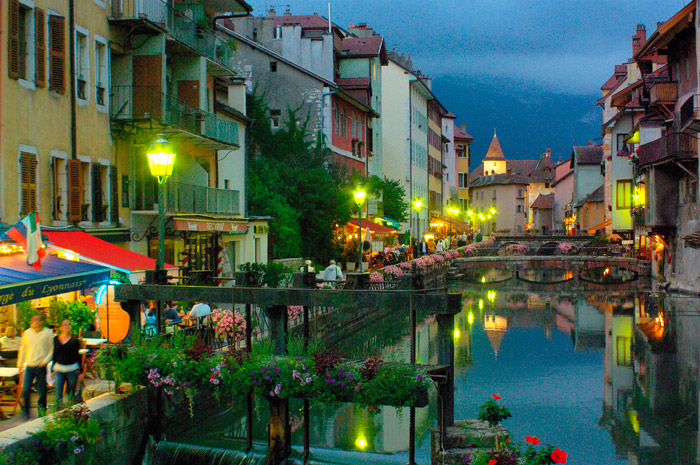 The Bazaar of Moxen is the largest annual Vintage and Legacy event. It’s held once a year over in Europe, apparently in Annecy, France. The BoM is comparable to the GenCon Vintage World Championships in scale. Last year at GenCon there were 232 entrants, while BoM9 just this weekend had 214. For an independent tournament without any of the unique Wizards prize support, that’s pretty dang amazing. Vintage in general is larger in Europe than it is here in America. For one, there are a handful of collectors that pulled a great deal of duals and power into Europe. It’s also a much more condensed land mass with better public transit, which means it’s easier to pull all the Vintage enthusiasts together for a weekend to tap some absurdly expensive cardboard. (Most decks are probably worth as much or more than your car).

BoM isn’t just Vintage though. They also run a Legacy event which draws quite a bit of attention as well. Given how much overlap there is in the card pool between Legacy and Vintage, this isn’t surprising. This week I’m going to flip through the results of this past weekend’s Bazaar of Moxen and see what jumps out at me. It’s rare to get such a confluence of strong decks and strong players in these two formats, so we should pay attention when we do.

Right off the bat I see a playset of Chalice of the Void. Chalice of the Void is barely $6 on MTGPrice right now. It has two printings, both with relatively little supply. The entire Mirrodin block was pretty severely underpriced relative to sets today and we all know Modern Masters was a limited run. Given how long CotV has been a mainstay in Legacy, and to a lesser extent Vintage and Modern, I think it’s completely safe to be snagging copies of these in trade. Modern isn’t quite as all-in on the 1-drop as Legacy is but CotV is still quite usable. We also don’t know what Wizards will decide to print in the near future that could push Modern to lean on 1’s a little more. At $5-$6, I’d be happy to trade for these.

Abrupt Decay has long cemented its place in Legacy and Modern at this point. It’s the pre-eminent not-STP/Bolt in their respective formats. Decay is now in the $10 range and it will be $15+ before too long. Don’t wait on this to drop at rotation this fall; it isn’t going to happen. All the demand for this card is driven by other formats so it’s departure from Standard will no have no effect on the price. I am 100% we will see it printed again in some other product, but I doubt it will be in enough volume to really matter too much. I wouldn’t go super deep but having several extra sets would be just fine. Well, they were golden. Now they’re pushing $100 on TCGPlayer. That’s basically never dropping either. Did you grab yours when those of us on Twitter were advocating for it?

Elves has really come into its own in the last few months in Legacy, and a Top 8 at BoM certainly confirms what Sam Black and Reid Duke have been saying. I don’t know how much we can look to the Legacy list for opportunities, but keep an eye out for a similar strategy in Modern. Quirion Ranger and Birchlore Rangers seem like very important pieces we’re missing. Birchlore would let the deck generate mana other than green once it went off, which could be vital to a strategy that needs to pull a little power from other colors since the mono-pool isn’t quite as deep as it is in Legacy. If Birchlore ends up legal in Modern look for other cards in the deck that could see a bump. Beck//Call, perhaps? Maybe you don’t even need to wait on that one. Glimpse of Nature is a $20 card and Beck is $.50. Eventually Beck is going to be several dollars, whether from EDH or a combo deck somewhere.

I’m seeing Phyrexian Revoker, another cheap sleeper. Two Death and Taxes decks made Top 8, and both contained the full set. It shows up occasionally in various Modern lists as well, particularly, uh, Death and Taxes. With the word “Phyrexian” in the name it’s a tough reprint, so I’m a trader at $2.50. Crossing over into the Vintage lists quick, do you know what else I like? Lodestone Golem. He’s a big piece of the Workshop decks over there. He hasn’t done much of anything yet in Modern, but Modern still has all sorts of spicy pieces: Lodestone, Thorn of Amethyst, Trinisphere, etc. It’s also a place where the Tron lands are very playable and are totally ok with things like Thorn and Sphere. I’m not claiming it’s happening overnight but it’s something to be aware of. Artifact prison decks pop up in all formats at some point and Lodestone + Revoker seem like they’d be right there along for the ride.

On the topic of miserable little two-drops, Thalia is still only about $7 after her last spike. That just seems low to me. She’s eminently playable in every constructed format and printed in an unpopular winter set. I’m not saying she should be $20+, but $10-$15 seems much more reasonable.

Three of the Top 8 decks in Legacy were UWR Miracles. I like all three good miracle cards as pickups. Entreat the Angels is already $10 but will just keep climbing. We know demand for angels never really goes away and an angel card that sees real competitive play is just going to keep getting pushed. And that’s just as a two-of. Can it hit $20 next year? Terminus, on the other hand, is a full grip. Terminus is also an EDH staple at this point. At only a few bucks a copy this one is a solid trade option. There’s rumors it will be in FTV:Annihilation, but even if it is that’s more of a delay than anything else. FTV copies never do much to suppress the price of popular cards. It may take Terminus a few more months to keep rising than it would have, but it will still keep going. Finally there’s Temporal Mastery, the one good miracle that’s fallen out of favor for the time being. I chatted about it more a few weeks ago. The tl;dr is that it’s as good as gold. Buy, trade, steal, whatever.

Mindcensor is nearly $15 non-foil. I don’t like getting in on the bird though. It was an uncommon, which means when (not if) it gets reprinted its likely to be uncommon again. The price will be absolutely crushed when it does. It’s the type of card that could really easily show up in any expert-level expansion without doing much to Standard, which means its a very safe reprint. If you need them then grab your set, and foil copies are fine since they’re an alternate border, but don’t go deep on the non-foils.

Remember Darksteel Colossus? Yeah, neither does Blightsteel Colossus. He’s up to $15 at this point and isn’t going to stop. Putting him in a Commander product would be an odd development choice, so if he shows up again it would probably be in an FTV or something similar. I don’t think we’ll see a reprinting with enough volume to negatively impact his price, so feel free to grab these for cheap where you can. I would imagine many with this card will not realize his actual retail value.

One of the cards with the widest relative gap between English non-foil and JP foil? Ingot Chewer.

The BUG fish list in Vintage had, not counting lands or sideboard, thirty cards that were printed (or reprinted) in the last few years. Chances are that if you have a reasonable Modern collection you’re only a few pieces of Power away from a Vintage deck. That’s obviously not cheap, but Power is a perfectly fine investment as it is. If you’re going to sink a few hundred dollars somewhere, putting it into a few pieces of Power that will appreciate in value and also allow you to play Vintage at the same time is not the worst decision you could make.

I don’t see Ancient Tomb getting reprinted again anytime soon. Don’t feel bad picking up your copies if you need them.

Two cards that still aren’t on the reserve list are Force of Will and Mana Drain. Someone mentions this every so often, and speculation on them appearing as judge promos or FTV includes pops up. I don’t know which it will be, and I don’t know when it will be, but it’s got to happen eventually, right?

There was a lot to take away from this year’s Bazaar of Moxen, and I only just scratched the surface. I think the most important thing to notice is just how sweet looking Vintage looks. While I think Legacy is going to bottom out down the road, Vintage is already near it’s floor of activity. The only division between a Vintage deck and a Legacy deck is Power, and those are good investments as it is, so you should consider bugging your LGS owners about starting up a ten-proxy Vintage event once a month.