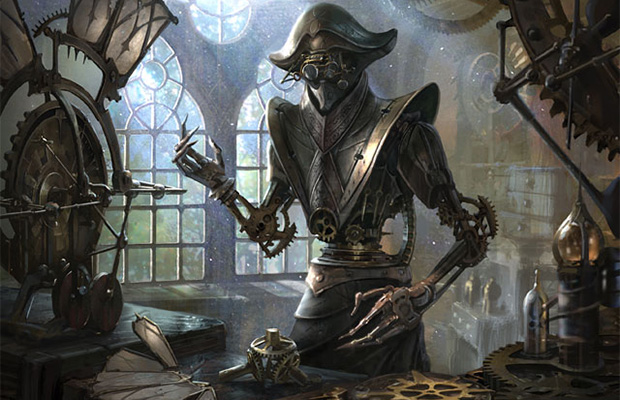 We have the full spoiler, and it’s a doozy! Sure, there are some splashy mythics and some high-dollar cards, as well as reports that Conspiracy will be a more limited set than we believe. Wizards is notoriously tight-lipped when it comes to numbers, but it seems likely that we’ll get a big burst at first, followed by a second wave not long after. They know Conspiracy is competing with Journey into Nyx, I don’t believe they want it competing with Magic 2015 in mid-July.

Conspiracy appears to be a small event, this might well be the trial balloon. Is there a market for a product like this? It might be the closest Wizards gets to an official paper Cube product. Just like with Modern Masters, there’s value when things are unique. If you can get a box anywhere near MSRP, grab it and put it away. We’ve seen what sealed product can do over time and while it takes time to appreciate, it’s a very safe investment.

This weekend, there are release events for the set, often as draft-till-you-drop-or-we-run-out sort of things. I always love serial drafting, and in a set that’s designed to tweak the draft experience, this is going to be a lot of fun. And afterwards, the second level of fun with the leftover cards: trading.

So what should you be trading for at events this weekend?

This covers everything from the Cogwork Spy to the Deal Broker, as well as the Conspiracies themselves. Any of these cards I’m going to be chasing HARD in foil. I strongly believe this is a long-term growth set of cards, because the effect is so unique and it’s going to be quite a while before they get printed again, especially in foil.

Marchesa, the Black Rose deserves special mention here. Multiplayer games are won by those whose resources are resilient, and Marchesa gives a very strong layer of resistance to mass removal. I think she’s going to see a lot of EDH and casual multiplayer play, and I would go after foils of her.

I think that there is a lot of growth potential in the rare Conspiracies, too. Worldknit says “Draft me, and then take the best card in each pack, regardless of color!” Getting a second opening hand with Backup Plan is truly amazing. Many Cubers are going to want most, if not all, of the Conspiracies. Some of the hidden agenda cards are going to be less sought-after, but Cubers are often completionists. Go ahead and have a full set ready for them to get from you.

Also for Cubers are the cards like Cogwork Librarian that alter how drafts proceed. I will be picking these up in foil and non-foil, the regular version will not be going for much right now but there is nowhere to go but up. My example is Shadowborn Apostle. Sure, it’s a common, but when a large supply is needed from a short-run set, dollar commons are not unheard of. I’ll be chasing just about all of these types of cards in either version, from the commons to the rares. I dearly love Deal Broker, and I wish I could play seventeen of them.

Exploration and Wood Sage get their first foil treatments, and Exploration especially as part of a Legacy deck will be a sought-after foil. I wouldn’t go too crazy, but keep in mind that Conspiracy is not going to be opened very often, so the supply of foil rares is going to be low. Those who have high-end Legacy decks will be unfazed, so I’d max out around $60-$80 in value.

This set offers the sweet Terese Nielsen art of Swords to Plowshares in foil, and this is a card I’d love to have in a shiny form. You’re allowed to ask for at least $60 in trade and offer even more. The new art on Rout is notable, but I wouldn’t expect many people to upgrade an already-foil to this version. Don’t overdo it. Stifle is a card that needed a reprint for Legacy and here it is, in foil or non. It’s a good pickup as the price falls, and then will regain value in the coming months.

Foil Hydra Omnivore is going to be an interesting price to follow. There will be a small supply of this in foil, and it’s currently a $5-$10 card because we love our multi-headed beasties. I’d trade for the new ones at $5 as a long term prospect. Altar of Dementia is not going to keep its price, but the foil will be something else. It’s never been foil before and it’s a great finisher in token decks. Trade for all the Reflecting Pool you can, in foil or not. It’s just too good.

2 thoughts on “Targets of a Conspiracy”