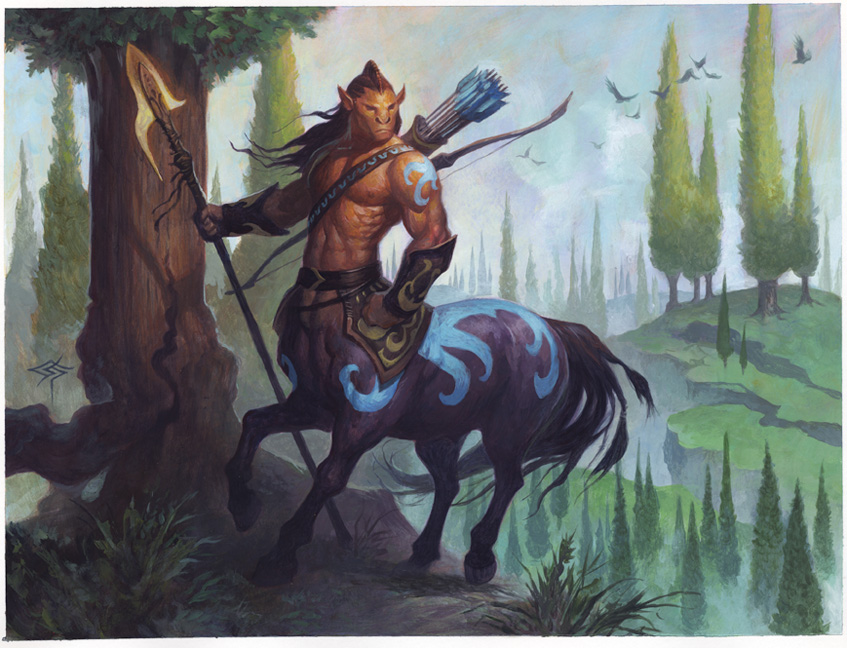 Magic has hit the sweet spot in terms of how often its flagship, expert-level, story-filled expansions come out. We get three sets a year of varying size and draft format.

We know that the rotation out of Standard in September will offer us some tempting targets in trade, but here at the end of June, we face a different schedule: the end of a block being opened in Sealed and Draft. Theros block is pretty much gone, with Magic 2015 a month away and Conspiracy being an absolute blast to draft.

I refer you to the 6:2:1 model I posted about a few weeks ago. Even that small amount is about to be done, and that means supply is at its highest. Granted, there will be some players who crack boxes looking for singles, or retail stores that do the same, and there’s still redemptions online (until MTGO shuts down, I suppose) so the supply may creep upward a little, but not significantly.

The more money cards there are in a set, the more likely it is to be opened for the value of the singles, though this late in a set’s life, that’s a terrible and unprofitable plan under almost any circumstance. Better to spend a known amount of money and get exactly what you want, rather than open 36 packs and not even get a set of a certain uncommon.

So with this knowledge in mind, let’s look at what we should be trading for over the next few weeks. Theros block cards that have nowhere to go but up.

The Temples – Any temple under $5 is worth trading for. I will not be surprised if the UW Temple ends up in some Modern control lists, because free card selection is that good. Whatever the next block brings, there will be multicolor decks and the free scry has been shown to be worth it in Standard. I have trouble thinking that any temple will be under $10 around thanksgiving. Maybe the least popular of them all? Five dollars in trade right now will even be worth it in a year, because these are very good in the casual format of your choice

Thassa, God of the Sea – All of the Gods have reached a floor as the supply gets to its greatest point. Now, as cards are put into casual decks (and not traded away) that supply will get small and the price will start to go up. Thassa is the most likely to hit, because it’s the easiest to cast, has a free effect that’s very useful, and has already seen Standard and Modern play. I really like picking up any of the multicolor Gods that are under $5, as small set mythics they are going to go up in a spike or in gradual terms.

Ashiok, Nightmare Weaver – If Jace, Architect of Thought taught us anything, it is to pick up planeswalkers when they are cheap. Ashiok gives an inevitable way to end a game in any format, and remember, it wasn’t that long ago that Nephalia Drownyard was used as a finisher for control decks. I like picking this up around $8.

Elspeth, Sun’s Champion – If you even think you might be playing with her in the next year, pick these up now. At $20-$25 there is no lower price for her. She’s just too good, offering protection from creatures big and small. It’s not hard to imagine her hitting $30 or more in nine months, like Domri Rade did.

Xenagos, the Reveler – Notice a trend here? This is a card I’d trade for based on the casual appeal too, because that +1 ability is a multicolor Gaea’s Cradle. A free stream of hasty attackers is usually a good thing, and it won’t take much to make it break $15 before too long.

Anger of the Gods – $2 for a cheap and thoroughly effective sweeper? Yes please. I will not be surprised if this starts seeing more Modern play, due to the need to exile things like Kitchen Finks.

Hero’s Downfall – $7 for what is basically Murder, with some added and very useful flexibility. It seems high, I know, but unless they print this effect even cheaper, this is as good as it gets. Dreadbore doesn’t see as much play, and I expect Downfall to break $10 during Tarkir block.

Mistcutter Hydra – Regular or foil!! Doesn’t matter at all. This is the sideboard tech of choice in many Standard and Legacy lists. Can’t be countered, hasty, protection from blue. Checks every box for being a control player’s nightmare, as they always have to have a plan in place if/when this gets played. I would trade for these now, and trade away the nonfoils in a year, and keep the foils for longer. Nowhere to go but up!

Thoughtseize – Best disruption spell ever, now at its lowest price. If you can find them for trade, snap them up. Rarity is irrelevant here, we’ve seen how big the Modern demand is and this card was the most-needed reprint. Remember, it was $80 for a moment before being spoiled.

Courser of Kruphix – Yes, it’s $15 now for a rare. It has a backbreaking effect against aggressive or midrange or control decks. It gives card advantage, lifegain, and a cheap-yet-hard-to-kill body. This is going to be a big deal for the remainder of its life in Standard. $20 or $25 is not out of the question.

Mana Confluence – It’s down to nearly $10 and that is too low. The supply is too low, just for the casual demand. I would pick up as many of these as I could, $15-$20 sounds right to me, though that could go higher if the Modern combo decks start using this.

Master of the Feast – Three extra draws to get the right spell. They are dead otherwise, and this is a low-risk pickup right now. I wouldn’t mind having a couple of extra playsets, in case something combos well with it in Tarkir.

5 thoughts on “Hitting the Floor”