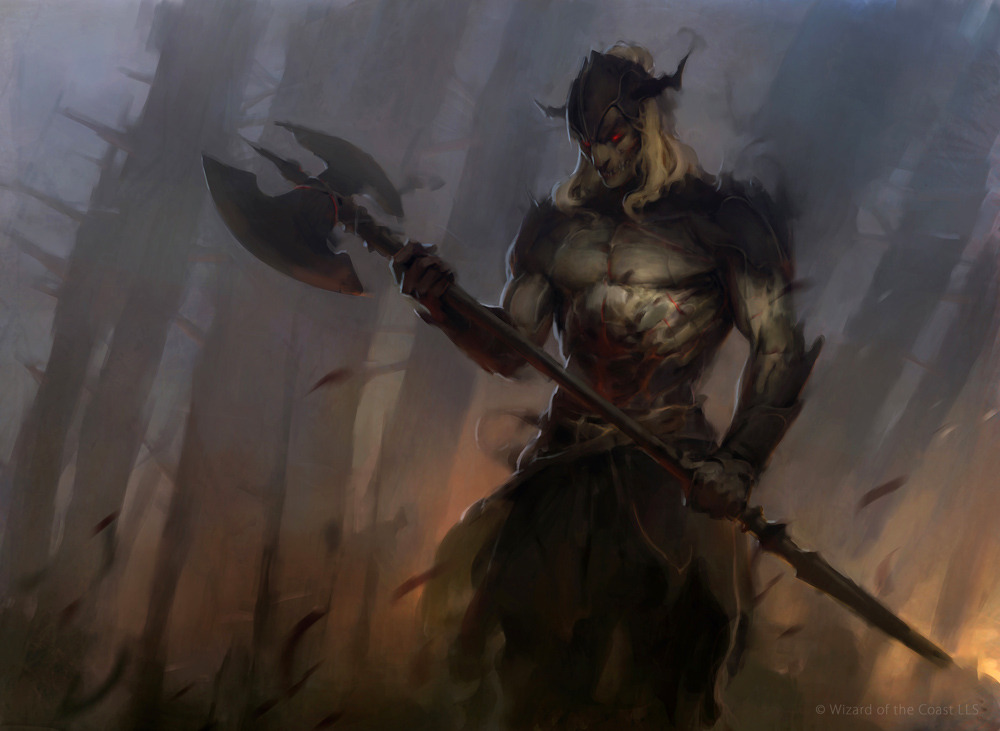 Goblin Guide is one of the most aggressive one drops ever printed. A first turn Goblin Guide can take out a healthy amount of life. This is not even considered the life the opponent willingly sacrifices to play fetchands, shocklands, Thoughtseize or Gitaxian Probe.

Goblin Guide has become a format all star in decks that want to go from 20 to 0 as quickly as possible.

Recently a Rakdos Burn deck too first place in an SCG Modern Invitational Qualifier in Glendale. There are even another burn deck in the Top 8. Both decks ran a full four copies in the main deck.

It is also played in increasingly popular Boros Burn and straight Monored Burn decks in Modern.

Legacy has also seen the one mana 2/2 in heavy use. Red burn decks have been doing well recently with the addition of Eidolon of the Great Revel.

Mono-Red Burn has been seeing Top 8 performances in Legacy as well.

This is growth based upon increased real demand so I expect it to sustain itself and continue.

I would not be surprised to see this as a $20 card by the end of the year.

If you need a few copies you can still find copies of the Mirrodin Besieged Into the Breach Event Deck. It has two copies in there. You basically get the rest of the deck for free.

The Modern Rakdos Burn deck did more than just bolster support for the Goblin Guides. The checklands are criminally underrated dual lands.

They are not as sexy as shocklands or fetchlands because they will not get you the mana you need on turn one.

They still deserve to be more than $2. You can use them just fine in Commander or any kitchen table game. I think the chances of them not being reprinted in a core set is just about nil. I would grab any you can find for under $2.

When they do come back to a core set you will see a bump like the pain lands and you can make a tidy profit. In the mean time you can run them in any of your noncompetitive decks (and several of your competitive decks as Rakdos Burn showed us.)

Is anyone using this dragon outside of Commander or casual Magic? Does it even matter?

It is a mythic rare dragon with a keyword that has already been reused once.

It is a seven drop that lands on the table with an audible thump.

Right now there is even an advantageous disparity in the value of the card. You have noticed it has shown up both in the winners and losers section of this column recently.

There is no excuse for it being less than $2 and less than $1 on a mythic rare dragon sounds like a solid deal to me.

Darksteel Forge is getting ready to rotate in September when Khans of Tarkir is released.

It is not being played in any competitive decks so why is it seeing an increase in price?

M15 brought with it a subset of cards that card about artifacts. One particular card that I know people are brewing with is Chief Engineer.

Mirrodin showed us what a disaster affinity for artifacts can be from a development standpoint. The ability to grant all of your creatures convoke is probably as close as we are going to get to seeing affinity in standard.

It makes all of your Ornithopters and Memnites (in Modern) into free Birds of Paradise in a heavy artifact deck.

Will it work? It hardly matters. All that matters is that someone is asking the question and playing with decklists.

This will be the best chance you have to out your Forges before rotation. Always sell into hype.

Zombies, tokens, graveyard hate. Oh my! This is the casual trifecta. I love the fact that it makes 3/3 zombies for three mana.

I also love the fact that there is a buylist offering $1.00 when there is a vendor selling for $0.44.

At a dollar or less for a lord with a popular creature type you can hardly go wrong. You have your out.

We are going to see a lot of fluctuation in pain land prices over the next year. Most of the movement will be over the next week or two.

There is speculation that Tarkir will be a wedge block. That will mean that Llanowar Wastes could be needed to make Junk, BUG and RUG decks function.

If you have any lying around I hope you are selling them now.

At this point only more M15 is being opened and that will keep prices in check. We have been told that there is another dual land cycle coming out with Tarkir. I do not see a lot of pain lands being used while shocklands are available. After rotation we may have something else worth playing with.

Sell while the prices are high.

I have a soft spot for crazy combo cards. Ad Nauseam lets you draw as much as you want to at instant speed for as much life as you are willing to pay.

The power of Ad Nauseam is tempered by the fact you have to build your deck around it. There are still several powerful storm decks that make use of it.

The SCG Modern Invitational Qualifier in New Holland earlier this month featured an Ad Nauseam deck in the Top 8.

Legacy also has a few decks with it including ANT and TES.

This card is an essential piece of the decks in question and I would gladly trade for any. A few more Top 8s and this could be a $10 card.

I do not see why it is getting a bump with mere months left in standard but I would sell out now.

Buylists are still purchasing them for up to $1.65 which is more than the $1.45 that some vendors are asking.

This card has a hard ceiling ahead of it so this is probably the best out you are going to get before they become bulk rares.

Few slivers are good enough to be played outside of sliver decks. Galerider Sliver is one of them. Sometimes it is played in Mono-Blue Devotion in standard.

A 1/1 that flies for a single blue mana is pretty decent. It is fantastic when it is giving your sliver legion evasion.

A lot of people are looking at the new slivers and asking if they can finally have a sliver deck in standard.

The only important thing you need to be worried about is that they will try the deck out.

I would sell these away into the excitement but I would not worry too much if you don’t manage to move everything.

Slivers are a casual favorite so even if you have a few lying around there is almost always someone who is looking for what you have. I have gone through more Muscle Slivers and Winged Slivers in the past year than I ever would have guessed.

The pain lands have found new life with M15. Everyone is looking for lands to replace their shocklands come rotation.

I like Battlefield Forge best out of the lot of them. An aggressive deck does not mind sacrificing a few points of life for mana consistency.

Boros Burn is the exact kind of deck that would prefer to do that rather than wait a turn and scry. It can also regain the life with a Warleader’s Helix.

If you are going to be trading non-Izzet enemy pain lands these are the ones I would concentrate on.

I think they will hit their ceiling right after rotation when aggressive decks are at their peak.

Woodfall Primus is a casual and commander favorite.

He is a big fatty that is tough to kill and gets rid of pesky noncreature permanents like Planeswalkers or equipment.

He was reprinted in Modern Masters last year and took a hit. He is still suffering from that but I think he is nearing his floor. I would try to trade for them around $5 for some of those enemy painlands everyone is going to be opening for the next few months.

I remember using Elvish Piper to cheat out Thorn Elemental, Ancient Silverback and other fatties that have not aged nearly as well. It is still a popular inclusion in commander, cubes and any casual green deck with forests.

It has been printed a half dozen times and it can be printed in any core set that wants it.

There is also some potential to make some profits. You can get them for as little as $6.30 from vendors and sell them for up to $7.10.

M15’s reprint of the legendary land is causing it to sink like a rock. Does standard really need mana fixing that smooth?

Eternal formats make good use of Urborg. Modern players use it in The Rock, BG, 8 Rack, Monoblack Infect and a host of Gifts variants.

Legacy uses it to do broken things with Dark Depths in Junk Depths and 4 Color Loam.

This may be the only money to be made since it will take a while for the price to recover.

This zombie is taking a hit. It had a pretty good standard hey day with Monoblack Devotion, Orzhov and Golgari midrange decks that used it to preemptively deal with Blood Baron of Vizkopa or Polukranos, World Eater.

Fortunately it will not drop to bulk rare. It has seen some play as a sideboard card in Modern BG and Orzhov decks.

I would still try to trade them away as quickly as you can.

Poor Pulmonic Sliver. It had such a unique and powerful effect for a five mana sliver.

One of the biggest weaknesses of sliver decks is that they depend on flooding the battlefield with creatures. This makes them susceptible to Supreme Verdict or Damnation. Pulmonic Sliver would help you rebuild.

Now for the same five mana you can just make your slivers indestructible. If your opponent plays Day of Judgment you can laugh all the way to the red zone.

Even the flying is not as impressive with Galerider Sliver coming down on the first turn.

There is still a bright side.

Vendors are now selling them as low as $0.75 and buying them for as much as $2.25. That will bring a smile to anyone’s face.