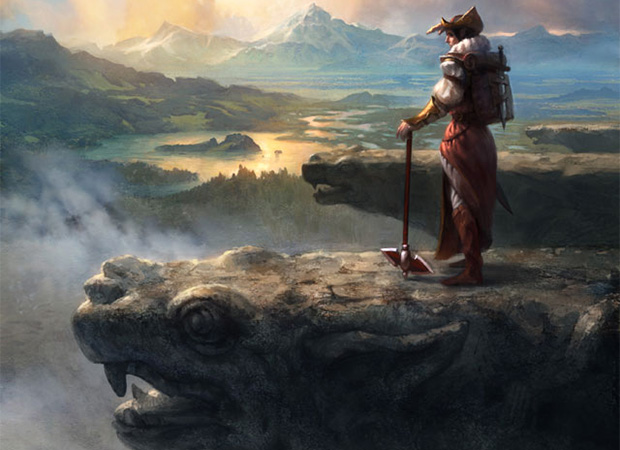 I’m trying to collect a foil set of the draft-altering Conspiracy cards. It’s slow going for someone who doesn’t want to just buy them off assorted vendors. I much prefer to save my money and accumulate through trading.

The rare foils are not just in demand, they are hard to find. Those who want them want them BADLY and when they are acquired, they leave circulation as they enter into Cubes.

With the number never being too high to start with, and the urge to acquire very strong, that leads to a lot of weird things happening when it comes to pricing a card.

Last week, I found someone with a foil Lore Seeker on deckbox.org. I opened a trade and thus began the dance. Deckbox has a pricing algorithm of its own, since it no longer takes directly from TCGPlayer’s mid. When I added foil Lore Seeker to the mix, the value went up by $200.

This trader wanted five foil shocklands and a Badlands from me for this Lore Seeker.

Feel free to do a double-take at that price. Naturally, I flip tabs to MTGPrice and there it is at $100…but only available at Amazon or HotSauce. Hmmm. Fishy.

When there is a small supply of something, the few data points available can really warp perception. We’re good, but we are prisoners of the data.

I decide to look at a few other places. TCG has four available, three at about $200 and one at $100. Wow. My first reaction is something like “Really?” TCG allows you to price cards at whatever you want, so usually, what’s listed is stuff that stores or individuals really want to sell. These strike me as ‘hopeful’ prices, from three vendors who are okay sitting on cards as long as it takes.

There’s one place that allows you to not only sell, but it lists what things have sold for: eBay. Let’s see…foil Lore Seeker…completed listings…sort by date….presto!

Here is what foil Lore Seeker is selling for. There’s a range of prices, some luck, but there’s certainly nothing that sold for triple digits, and only one over $50.

What’s really telling is that lots and lots of vendors do not have this in stock. I don’t think there’s an organized buyout–I simply think that Cubers want this card very badly. It’s getting snapped up when it shows up, because it allows for another booster pack when it is drafted.

The Seeker is getting a very overinflated treatment. Conspiracy foils (see the cards here and the Conspiracies here) are about where you’d expect, with the mythic and Legacy/Vintage foils commanding a real premium. Foil Dack Fayden, as an awesome Vintage card, is not a surprise in the $250 range. Foil Marchesa, the Black Rose, as a sweet Commander card, is not that shocking at $90.

There’s an outlier at the top of the Conspiracies list, though: Worldknit. This is another incredibly sweet card to put into your Cube, because now you get to play everything ever! It’s got a Fair Trade Price of $100…with one Amazon seller. Uh-oh. A little searching on that, though, shows us that plenty of those can be had for around $15, on eBay or other sellers we don’t list in the FTP.

So when someone quotes you a ridiculous price, or at least a price that feels ridiculous, check it. Check it several ways. If it still feels like too much to you, walk away. There might be a buyout happening, or a price warp. Don’t trade $200 worth of cards for something that sold on eBay last week for under $20.

One thought on “Price Warps”