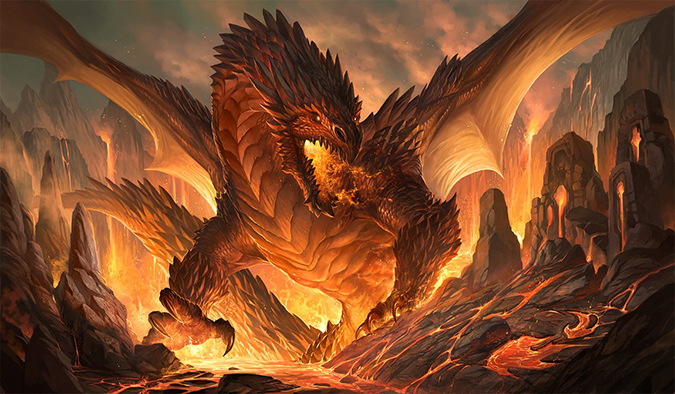 The new wedge set is coming, and for those of us who lurk in casual circles, Cubing and Commanding until our fingers bleed, there’s a lot of good stuff!

Allied Fetchlands – Yes. Oh yes. Get them while they are in print, save a couple for yourself, and do not attempt to buy them up and hold them. You’d be looking at a very long-term hold, minimum three years. This set is likely going to be the best-selling set ever (again) and it cannot be overstated that there will be a lot of fetches in circulation. Being an all-time seller means that prices are mostly going to stay low, since supply is so high.

Shocklands were useful as trade bait: If you could trade five cards valued at $2 for one $10 shockland, you had something that was much easier to trade. Fetches are going to work the same way: these will be very easy to trade away, so pursue them accordingly.

A pair of side notes about these fetches: First of all, in EDH games, crack that fetchland immediately. Don’t wait until right before your turn. Don’t make everyone wait that extra minute for your shuffle. Secondly, if Wizards is willing to put allied fetches into Standard, they will do that for the enemy ones as well eventually. I doubt we’ll get them while these are Standard-legal, but my guess is that Modern Masters 2 will feature the filterlands. It’s been said that they made the mana too good, especially alongside Vivid lands. Remember, everyone could and did play Cryptic Command without much of an issue getting that triple blue, thanks to the filters.

The Khans (the five mythic legends): With the exception of Narset, they are all aggressive in their costs and sizes. As well they should be, for three colors of mana. I don’t see any of these as being super-expensive, but you’ll see Zurgo and Surrak Commander decks especially. 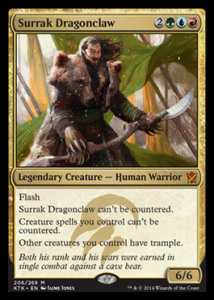 Surrak Dragonclaw and Animar, Soul of Elements work so well together, I feel myself building a Two-Headed Commander deck of some sort. Narset is stunning in how well she works with the Prowess mechanic, and everything else that cares about noncreature spells. That’s a deck I am looking forward to building.

Villainous Wealth – This is the newest game-ender X spell. No milling, this is exiling. Forget your Eldrazi or Gaea’s Blessing insurance. I will be looking to pick up foils of this, but the regular ones are going to be bulk.

Hardened Scales – I disagree with James on this one. It’s going to be bulk immediately, and bulk for a long time. If it were in Standard with evolve, then maybe, but even with the counters and tricks available, and this working well in multiples, it’s not going to be good enough. Maybe it’ll be $1 in a year. I don’t think I will run it in my Experiment Kraj EDH deck. I wouldn’t bother with it in an Animar deck. I recognize the potential, but I doubt it’s going to get there.

Empty the Pits – It’s been mentioned a number of places: We love recurring things in casual formats, especially Commander. Delve cards are going to have to be very good in order to justify not playing things that bring back creatures. I think this is very good, and I’ll happily run one in my tribal Zombie deck, but remember, the XX mana cost is competing with token generators like Entreat the Angels and Gelatinous Genesis. The love of Zombies, though, will keep this at a couple of bucks. 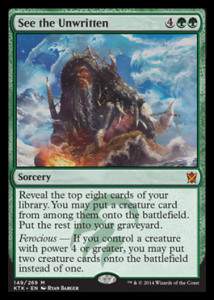 See the Unwritten – I’m calling it now. This is my Primeval Bounty, my Sliver Hivelord. The mythic that I don’t think will be worth much but will instead keep a surprising amount of value. I’m dying to cast this in my Jund all-creatures deck.

Clever Impersonator – When I read this, I was stunned. The flexibility on this card is just outstanding. This is another mythic that will keep a decent price despite not seeing a lot of Standard play.

End Hostilities – You’re going to want to play this in just about any white deck. This gets rid of so many annoying things! It will never cost you much to get, though. Supreme Verdict made it to $7 at one point, and I see this maxing out at $3.

Goblinslide – I would keep an eye on the foils of this card. This may be as good as, or better than, Young Pyromancer. Getting the tokens with haste is certainly big game, and anything that makes Goblin tokens has good potential.

We don’t even have the full spoiler, but we will soon! I’m really excited for this set. If you have the chance to draft it, remember that the trilands in Alara block became first picks by the end, because mana fixing is just that good. Enjoy!