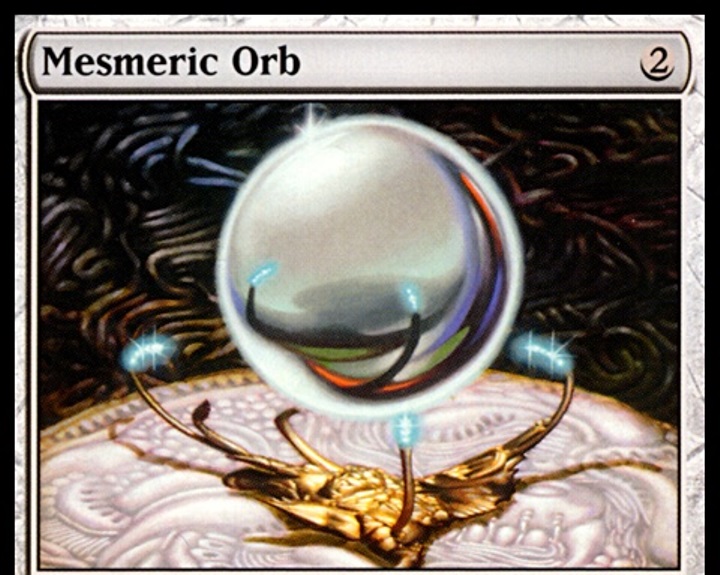 Here’s your weekly update on what’s been shifting around in price in the world of paper Magic: The Gathering this week. This week, we’ve got a mixed bag of winners and losers coming out of the 3-ring circus that was Grand Prix New Jersey last weekend:

Our algorithms can’t really get a handle on this one yet, because the data points are mostly hidden, but StarCityGames moved their Power 9 card prices up across the board the day after GPNJ finished, with NM Unlimited Black Lotus being pushed to $8000 retail, and $5200 buy-list. Alpha and Beta P9 were pushed up in similar fashion. This is the biggest jump we’ve seen on Magic’s most iconic cards in a while, but according to my interview with SCG acquisitions staff “they just can’t keep them in stock at the lower price.” Don’t assume that means that Vintage is growing in popularity. If anything less people will be able to afford to approach Vintage, despite the popular proxy rules at most unsanctioned tournaments, as the relevant cards continue to increase across the board to collector/speculator interest. A 9.5 graded version sold on Ebay late this week above $7K, so the new plateau may be real. In the meantime, if you’ve got the capital, be on the look out for nice looking copies in the sub-$5000 range while you still can. (Hint: there are some hiding out in Europe).

One of our winners from two weeks ago is still moving up as it’s role in handling U/R Delvers, Pyromancer’s and anything else with a X/2 stat set comes to the forefront. It’s a great card, but could easily see a reprint in MM2 in June ’15, so I’m a seller into hype here, and looking for fresher ideas.

This oddball mill card is popping up on the radar because some pros have been fooling around with some Mill/Control decks. It’s highly unlikely to develop into a top tier deck, and I wouldn’t expect the card to get much above $7-8 even if it did, as the decks are not easy to play and the card and has virtually no other applications.

In a Standard metagame where both Mardu and Jeskai decks are doing well, it should come as no surprise that a land that can fix mana for both is on the rise. The bump isn’t exclusive to the 9th edition copy either, and Shivan Reef has enjoyed similar increases recently. Heading into the spring, I’d be happy to unload painlands anywhere north of $8 in exchange for undervalued KTK standard staples. This will leave you set up to reacquire these lands for $1.50-$2.50 per, which is right about where we found them before they were reprinted back into relevance last summer.

This loopy M13 mythic has found a home in numerous combo decks, including Omni-Tell in Legacy and I like it even at these levels as a long term pickup, since it’s a bit too weird to be reprinted anytime soon and has upside if fresh decks are uncovered that can make use of it’s wacky rules text.

Our villain without a home slides further away from his $20+ highs this week with G/R Monsters solidly established as one of the Tier 2 wannabes in Standard so far this season. With Mardu, Jeskai and Abzan decks stealing all the thunder, and the Temur builds not being interested in his specific abilities, Xenagos is back on the bench, waiting for cards from the winter sets to put him back in the game.

With Abzan decks popularity waning a bit, and no other decks really even considering the need for a W/G Scryland, it’s no surprise to see Temple of Plenty sliding down the value chain. Temples aren’t likely to have a big future beyond this year in Standard, but they’ll be great collection pickups for Casual and EDH deck use when they bottom out in advance of rotation during summer 2015.

Kiora is another hero without a home, and the fact that she’s being reprinted alongside Elspeth, Sun’s Champion in a Duel Deck product this winter isn’t helping any. I’d be happily getting out of this card while you can above $10, trading into virtually any of the fantastic, yet price depressed rares (Mantis Rider, Siege Rhino, etc) in Khans of Tarkir that are being held down by the presence of fetch lands and the massive amount of KTK opened this fall.

The baddest of the big dumb green creatures is still called up to play in several of the brews in Standard, but none of those decks are dominating top tables, and he’s only going to get a 3-6 months to prove himself again before he heads towards $5 permanently. If you need him or like to play him, keep him. Otherwise, I’d like to be out of this guy way early.

A lack of focus on Modern and lack of Tribal decks in the Top 16 of Grand Prix New Jersey is likely contributing to the slide on what may be the best “man-land” of all time. This card performed extremely well in my Legacy Slivers build last weekend, and it has many present and future applications in practically every non-Standard format possible due to it’s inherent versatility alongside any and all creature types. As such, I’ve been targeting M14 copies around $15-16 as another reprint should now be a few years off at least.