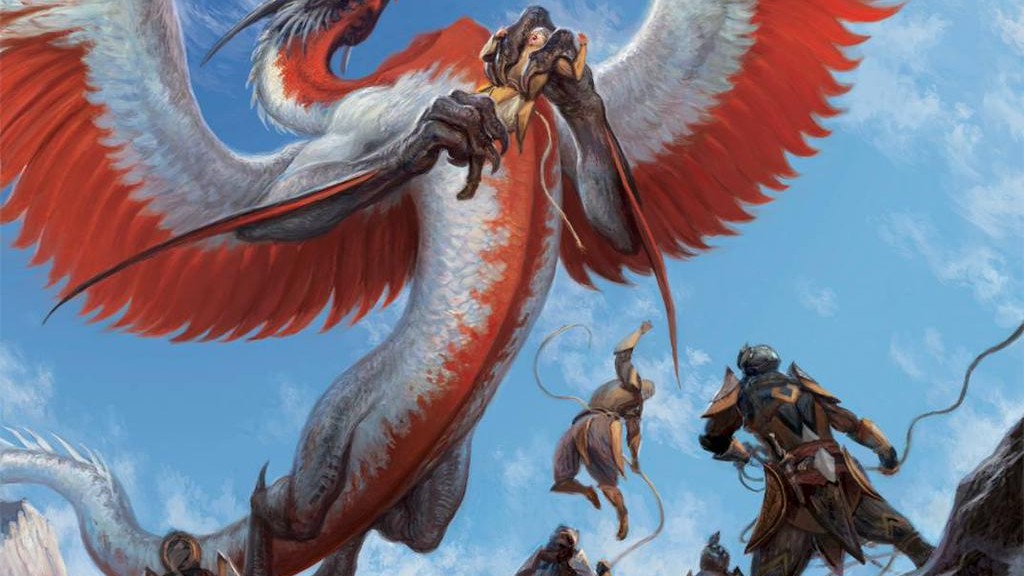 For a week now, we’ve been able to buy Fate Reforged cards. The week between the Prerelease and the actual purchase of cards is when the values are at their greatest. Now, prices are going to start falling and it’s going to be interesting to see these trajectories.

Remember, we’ve got two seasons (that’s what I like to call them, I’m not sure if we have actual names) of FRF-KTK-KTK and then FRF-DTK-DTK, so we’re never going to have a huge influx of Fate Reforged cards. Instead, we’re going to get a trickle of them that for most of these cards, will slowly lower the price over time.

This means that for your casual deck, be it Cube, Commander, Rainbow Stairwell, whatever, you will be able to get what you want for less if you’re willing to wait.

This is especially true for foils. Look at these prices! They are so high right now because almost no packs have been opened. If you need a foil (I need a few myself) it’ll be more cost-efficient to wait.

Let’s talk about a few cases from Fate Reforged.

Your value is not here. Even foils of these are not good to trade for, as demand is at the peak. Casuals want this RIGHT NOW to add to their Dragon decks. These will never be good enough in Standard to be a four-of, which is what a rare needs to be to hit a high price. Think of Hero’s Downfall or Eidolon of the Great Revel.

Being an occasional one or two in just a few decks will keep prices under $1.

As for foils, there’s no way these stay at $10. If you opened one, dump it posthaste. These will be $5 foils within a few weeks.

This is the Buy-a-Box foil, and that is bad news for the value of this card. This has great potential in casual games, as it can be an enormous Sphinx’s Revelation and it’s the epitome of a win-more card. The good news is that casual players love this effect and this slips easily into any creature-themed deck.

It’s currently at 66 cents for the nonfoil, an indicator of presale demand that is about zero. The foil is about $4 right now, and with the promo foil an option, I don’t expect it to go up.

There are a number of people excited about mixing this card in Modern with Jeskai Ascendancy and some instant-speed cantrips. The way this card is worded, you put the ability on the stack, and only when it resolves does an opponent gain control. So if you can untap the creature at instant speed (say by casting Lightning Bolt or something like it with Ascendancy out) you can draw four or more before having to give it over.

It’s an uncommon, yes, but the split on foils is worth paying attention to. Right now, foils are $10. I do not think they can hold that price, but I think that if a deck uses it to draw six or more cards, it might have legs. This is also a nice card in Commander games, where you can use something like Homeward Path (a terribly underplayed card!) to get it back before your opponent can use it.

I have to admit that I had my head turned by this card. Two mana for four power is extremely rare, and the drawback on this card is not that big a deal. It’s very fragile anyway, but James (@MTGCritic) pointed out on Twitter that JP foils of this are going fast and hard due to Legacy implications.

In Legacy, if you’re a blue card, you have a leg up on all other cards. Blue cards fit in with the best color in Magic’s history, and if you can be pitched to Force of Will, that’s going to make it easier to play. Legacy has a lot of point removal, and almost no free targeting. Even Forked Bolt can’t get it for free, at least one damage has to be assigned. People are ready to kill Tarmogoyf, so the Walker is going to get killed.

Right now, people are making sure they have green mana in order to play the ‘Goyf, but relatively few other green cards. Tarmogoyf can get to five power in some games, but for the same two mana, you have an immediate four power without adding another color of mana.

It’s important to note two interactions: First, no Equipment, specifically Umezawa’s Jitte. If you’re running a Stoneforge Mystic package, you may or may not care about this problem, since Batterskull is the star. Secondly, it doesn’t matter if you counter the spell that targets the Frost Walker, because the trigger happens when it’s targeted.

English foils are currently running at about $2, and I agree with James that picking up a few is a relatively safe bet. But if they spike, move fast to get rid of them.

Oh goodness, do people playing outside Constructed love taking extra turns. There’s no real reason for this to be a $33 foil right now. If you crack one, move it immediately. This is going to fall into the $10-$15 range by the time Dragons of Tarkir comes out, and probably even lower when it’s time for Magic 2016.

The nonfoils are also a trap right now. I’m in on getting them for under a dollar, as this is one of the worst extra turn cards around. Relatively few Commander decks want to Delve, since the graveyard is a reusable resource. Still, extra turn cards are always going to have a certain cache, so picking them up on the cheap and then being patient is the way to go.

Final note: I’ll be playing in GP San Jose this weekend, so if you see someone with a sweet MTGPrice mat, that’s me! If you want your own mat like this, check out the Kickstarter link.

6 thoughts on “Be Patient”