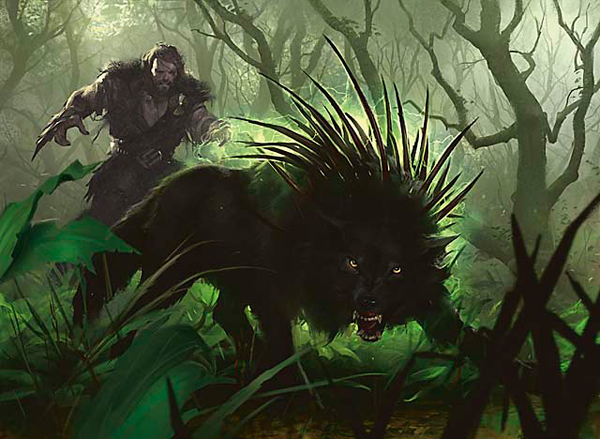 End of Day 2 Wrap Up

Round by Round Coverage

Cohen puts Amulet of Vigor into the Top 8 and the specs are live!

Tasigur may be the backbreaker that puts away Sam Black. Did you buy your foils yet?

5:38pm: Sam Black on camera breaking down Amulet deck. Amulet of Vigor buyout is clearly ongoing online with copies drying up everywhere under $5, likely to land in the $5-8 range after the weekend. Just bought another 12 copies myself at $4.

More burn! How many Eidolon of the Great Revel do you own? Lee Shi Tian played Kor Firewalker in his R/W burn build out of the board to handle the mirror. Nice one. Foils are under $2.

Plenty of thinking required in this mirror. Burn as the “dumb deck” definitely a bit unfair. Lee Shi Tian just qualified for his 3rd PT Top 8 in the last year (4 total), pulling out a tight game against Smith.

Jacob got down a Leyline of Sanctity in Game 2 to steal the game, a card that could see new highs if Burn stays popular in the Meta.

Lol, an Amulet mirror match in the final rounds is hardly going to help dampen hype around Amulet since it virtually ensures one of these players makes Top 8 with the deck. Both players end up intentionally drawing to avoid knocking each other out of contention.

Manfield makes great use of Eidolon of the Great Revel to put away game 1 against Wilson.

Jacob Wilson’s metagame call to run anti-discard cards in Loxodon Smiter and Wilt-Leaf Liege was looking pretty good vs. the more mainstream Abzan build. In game 3 however a flurry of Zealous Persecutions on both sides of the table leads to a dramatic combat step and EFro takes the match.

Amulet of Vigor is moving from $3 to $5-$6 so far on the camera time as players and speculators realize that this deck is no longer Tier 2. Last time this deck did well it hit $10 so be ready to sell in to the hype. Sam Black beat Finkel and the hype check is on for Amulet of Vigor and Primeval Titan as key cards in the deck that could rise, along with perhaps Gemstone Mine.

Remember folks, Mox Opal is being reprinted in MM2, so don’t go specing on it no matter how far Frank pushes.

Eidolon of the Great Revel may be due for price boost if this burn deck makes Top 8.

Merfolk back on camera! Sam Black wins this one too.

Primeval Titan and Hive Mind in the spotlight in the Amulet deck. Sam Black wins the match demonstrating Amulet as a non-fringe strategy.

Round 11: 12:54pm: Martin Mueller just looked like a boss taking down Zvi Mowshowitz in the 3rd round of today’s draft portion.

And we’re back for round by round MTGFinance coverage of Day 2 at Pro Tour: Fate Reforged!

After 3 exciting rounds of FRF/KTK/KTK drafts, Day 1 saw Abzan dominate the Modern field with a whopping 30% of the metagame, as many of the relevant cards from the Birthing Pod decks saw play even without their namesake counterpart. Also at the top of the standings thus far are multiple are multiple Burn and Infect decks as aggressive strategies proved capable of taking advantage of the slower combo and untuned rogue decks throughout the first 5 rounds of constructed play.

Many interesting Rogue cards did appear on camera, though most have yet to prove their mettle. Here are some of the most exciting of the new ideas: