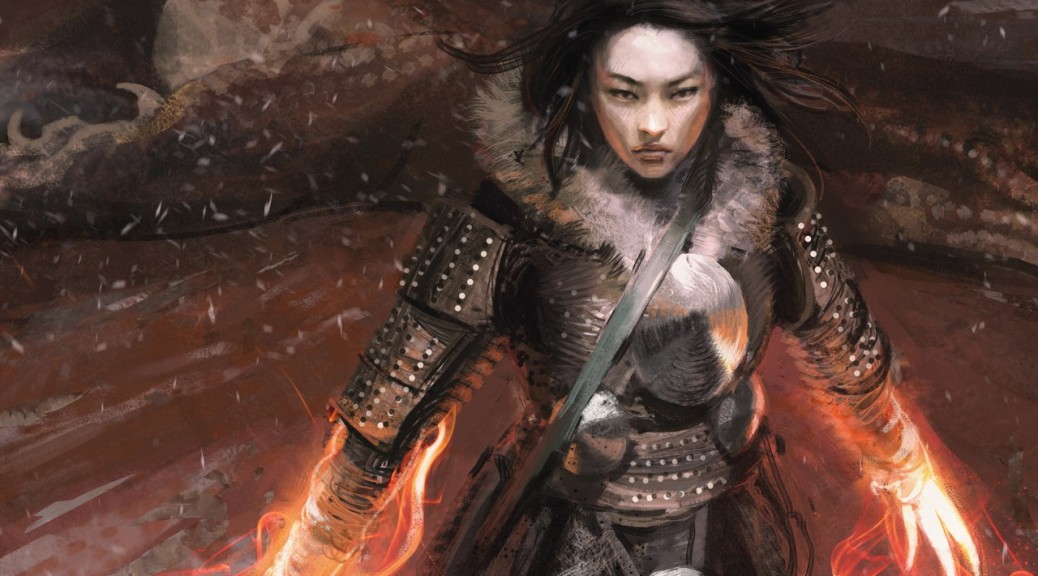 While most of us are just talking about buying cards, guys like “Davis” (not his real name) are out there hustling for paper in both directions. I first came across Davis when preparing for GP NJ last fall, when he lent me some much needed Legacy cards without the slightest demand for compensation, having never met me before. Intrigued by his trust, we chatted on social media, and it quickly became apparent to me that he was one of the sharpest minds in MTGFinance. Davis has a keen eye for a deal, and he’s willing to travel to get things done. When others are scared, he’s stockpiling, and recently we’ve been chatting about how the swings in exchange up here (the Canadian dollar has moved from $1.05 against the USD last summer to $1.28 now) have made acquiring Legacy and Vintage staples in Canada a serious bargain.

Here’s what Davis has been up to this week:

“Here in Canada, we don’t have our outlets like TCGPlayer to sell our cards [as easily as in the US], and for most players, buying via TCG is such a hassle, due to shipping costs (if the seller will even ship internationally to begin with) and border fees, so the local players tend to ignore TCG, and most deals are based on StarCityGames prices. SCG is known to be terrible for pricing, but when you take the recent changes in the value of our dollar, you start to realize how cheap our cards actually are. “

“What once was TCGPlayer’s low prices against the highest buylist, I now look at the difference in foreign currencies, and see where SCG prices in Canadian dollars relates to US buylists. For example, a near-mint Underground Sea is being sold by our local stores for $300 Canadian, and Æther Games was buying them at $230 US Dollars at GP San Jose. Now when you put both into a common currency, $300 Canadian is only $239 US. You can currently buy cards in Canada for nearly buylist prices from our retail stores! As of today, the current TCG low on Flooded Strand is $12.83 USD, meanwhile our stores are essentially selling them for 11.56 USD. And many players will sell their cards for even less than that of the local stores.”

This week was a bit quiet on my side of things, as I spent more spare time playing Magic than buying cards. Standard is just in such a great spot right now, so I’m all in with no less than 5 decks on hand.

The Russian Thoughtseize is a pretty rare specialty item given that’s a Lorwyn edition, so I snapped it up for personal play use, with the potential for upside should the more common versions start pushing the price higher next year.

I continue to acquire Abrupt Decay, having start in on the card at $6 last year, and up to about 40 copies at this point. I see this powerful multi-format all-star hitting $20 within the year, as it should be free of reprint risk for the next year or two, and is one of the most powerful removal spells in both Modern and Legacy, as well as being excellent in the emerging Tiny Leaders format. It could also stall out in the mid teens, but it’s almost impossible for the card to reverse course, and that makes it a great place to store some value at the outside worst.

Temur Battle Rage first popped on my radar when I saw LSV steal a few games with it on camera in limited. The ability to deal immense amounts of damage in a hurry is much more powerful than most people realize, as both double strike and trample can easily wreck plans. Then I started seeing the card show up all over the place on MTGO, in bizarre hyper aggro builds leveraging cards like Steppe Lynx, Death’s Shadow and Wild Nacatl. It’s only a common, but it’s from a set that won’t be opened for very long on it’s own, and I can easily see these foils hitting $3-5 at some point down the road when aggro regains prominence in Modern. This is a perfect example of the kind of long shot specs you should stay away from if your funds are limited, especially if you don’t already have your allotment of cards like Abrupt Decay or Eidolon of the Great Revel.

Speaking of long shots, I picked up another 12 copies of Soulflayer around $1, because I’m convinced that this card has a future home in Modern and/or Legacy. Oddly many of my peers disagree and see this card as pure bulk. To my eyes, it’s basically Tasigur without Legendary limitations and much more upside in aggro/combo builds. Sure Tasigur only requires a single black mana vs. double black, and he has that sweet recursive ability in long games, but if Tasigur is an 8/10 on power level, I think Soulflayer is at least a 6 or 7, especially when you’re set to give him Hexproof. Travis Woo even through together a Soulflayer brew this week for Modern that looked predictably loose, yet still very powerful in the games on camera. In the hands of a more devoted brewer, and with the high potential of future synergistic cards adding to it’s power, I’m happy to be holding 20+ of this card.

Re: all the promos, they aren’t the kind of cards I tend to target, especially if they don’t represent top of mind demand, but a local LGS had them on special as 10 for $2.00 packs, unplayed, so I snapped them up to add to my trade fodder, with a few held aside for Cube and Commander decks. Given that most of these cards are already worth $1-3, that’s a pretty great deal.

“In my article last week, I mentioned that Kemba, Kha Regent is a good pick up at under $5 and what better way to back my argument than moving in on a few myself. Kemba is a rare combination of a solid leader in Tiny Leaders who at the same time oozes casual appeal. She is also a good addition to equipment-centric Nahiri decks.

Just four copies as I am not interested in ‘buying out’ the market (nor do I have the resources to do so). Any less than four makes the $7 recorded shipping to Malaysia unjustifiable.”

“This is all Tiny Leaders speculation. I’m targeting foil Commanders since they are the centerpiece of their respective decks. I will continue to look for more opportunities in Tiny Leaders as the format evolves.”