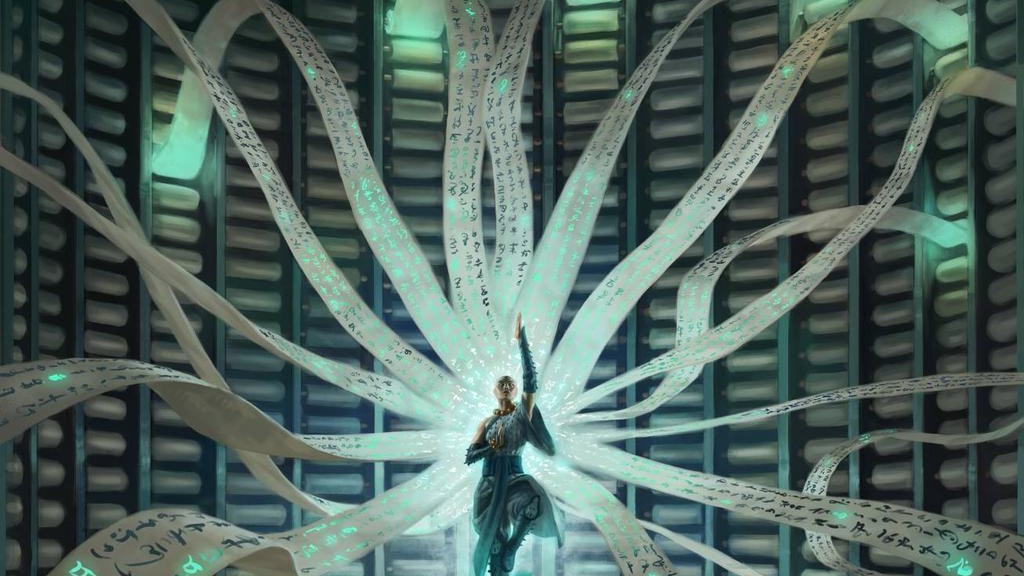 In the field of MTG finance (a name I find myself disliking more with each passing day) we focus on finding the cards before they get big. Scour MTGO dailies for growing trends, identify EDH cards before they blow up, pinpoint combo pieces that will get broken, recognize when a card is at the bottom of a valley. All of these, done well, will put you in a position to be profitable. Cards will be obtained for some number of dollars, and a few weeks or months later, they’ll be worth double, triple, or even ten times what you originally paid. Pop the champagne.

We as a community tend to focus very hard on this part of the process – figuring out what cards are going to rise in value, so that we may obtain them before they do. Understandably so, of course. It’s the most difficult part of the entire profit cycle, which means it deserves attention, and it’s also the sexiest.

The latter half of the process is getting rid of cards after they’ve risen in value. I discussed this topic to some extent awhile ago when I had jumped in on Ghaves a week before he quadrupled in value. In short, it’s a lot tougher for this to be profitable than it may seem at first blush.

It is with this postulate that I today encourage anyone that is reasonably involved with buying and selling cards to consider a TCGPlayer seller account. Creating an account is simple, using the website isn’t too painful, effort required of you is no more than PucaTrade or Deckbox, and most of all, it provides a convenient avenue for outing your specs.

I’ll tell you right off the bat: there are better solutions out there. Members of the community that have made a full-time job of trafficking in Magic have no hesitation speaking ill of TCG from a seller’s perspective. I will not discount these concerns. Like eBay, TCG bends over backwards to protect the buyer. It is far easier to find people willing to use your system to make money rather than spend it, so their incentive is to keep the buyers happy, not the sellers. It’s not that they don’t care about vendors, but we are undeniably second to the people actually spending money. This leads to buyers usually receiving the benefit of the doubt in nearly all situations. There’s a ten day wait on receiving funds as well. If you’ve got a bankroll this isn’t much of an issue, but not everyone has that luxury. The UI is a bit clunky, with it taking far more clicks than it seems should be necessary to view and close orders, an issue compounded by the fact that their servers seem to take at least five seconds to respond to any request, made even more dumbfounding by the fact that I live within two hours of their offices. They take north of 11% of each sale you make, depending on how much the sale is for. (My own history shows an order total of $5.98 paying a 19% fee, and a $294 order paying an 11% fee.) This isn’t a totally unreasonable amount, as you’ll pay 10% at eBay plus PayPal fees, but it’s hardly any better.

So why, if there are so many complaints regarding TCG, do I recommend anyone that buys more than one or two cards each month with the intent of flipping them open a seller’s account? The easiest answer is that you get to sell for TCG prices.

When I discussed flipping Ghave, one of the limiting factors was the buylist values. $5 was the highest offering, which barely covered my investment. Meanwhile, over on TCG he was in the $10 range. At the time that wasn’t an option to me so I was stuck facing buylists, eBay, or finding private sales. With a TCG account, I’d get to tap into that $10 retail price tag. Suddenly my spec would have been far more profitable. Even if I wasn’t greedy and listed at $8 or $9 instead of the $10 to $11 others had him at, the margin would have been large enough for a healthy profit.

It’s frequently discussed in regards to specs that you never get to sell them for retail. You buy in at retail, and then after the card spikes, you have to sell at buylist or below retail. But with a TCG account, this is no longer the case. You buy in at TCG low, and when you decide it’s time to move your cards, you get to sell at TCG low. Selling via TCG doesn’t get rid of all the fees or inconveniences of other methods, but rather, it raises the price you get to sell your product for. This is why, for the average person looking to move a few playsets of Ghostway, it’s a preferable venue.

The volume of cards I’ve sold after adopting the use of TCG have increased dramatically. eBay is really your only other open market option, and the demand of shipping every single card with tracking information drastically cuts into your profit margins. Selling expensive cards on eBay is mostly fine, but Ghaves or Skullbriars or Past in Flames sucks out loud. Moving my operation to TCG I’m now able to list cards under $10, something I wasn’t comfortable doing with eBay. People are much less scammy on TCG, meaning you get to use plain white envelopes for smaller sales. This opened the door to putting far more cards from my binder up for sale. That Rafiq or promo Honor of the Pure been gathering dust in your binder, and you want the space? Pick up a Soulfire Grand Master last night and you want to ship it before it falls further? Onto TCG it goes.

What really drove me to discuss this today was a feature recently added. Foreign cards can now be listed, a major boon to both customers and vendors. When I returned from Japan I brought back thirty-eight Japanese Black Markets. Up until now I’ve had no reasonable way to sell them. With foreign support having been added, I can now list my Black Markets, and all the other Japanese product I brought back. It’s great for people that end up with foreign product in their possession, and it’s great for people that wanted foreign product in their possession, a challenging goal if SCG didn’t have what you were looking for.

It’s important for people buying and selling to know what’s available to them on both sides of the process. Knowing how to move your cards is just as valuable, or perhaps more, than knowing which ones to pick up. I’m not shilling for TCG, I didn’t get paid by them, and I have no vested interest in their company. They provide a service that is quite valuable to people that do this type of thing frequently, and it’s helpful to be aware of it as an option. It isn’t flawless, and there are options with better returns, but those options usually involve running a store, or at least a case in a brick and mortar, which aren’t reasonable for people that don’t want this to be a full-time job. If you’re a mid-level actor in this market, TCG provides you an acceptable venue to sell at retail or near-retail prices.

7 thoughts on “The Tool We Need and Probably Deserve Too”