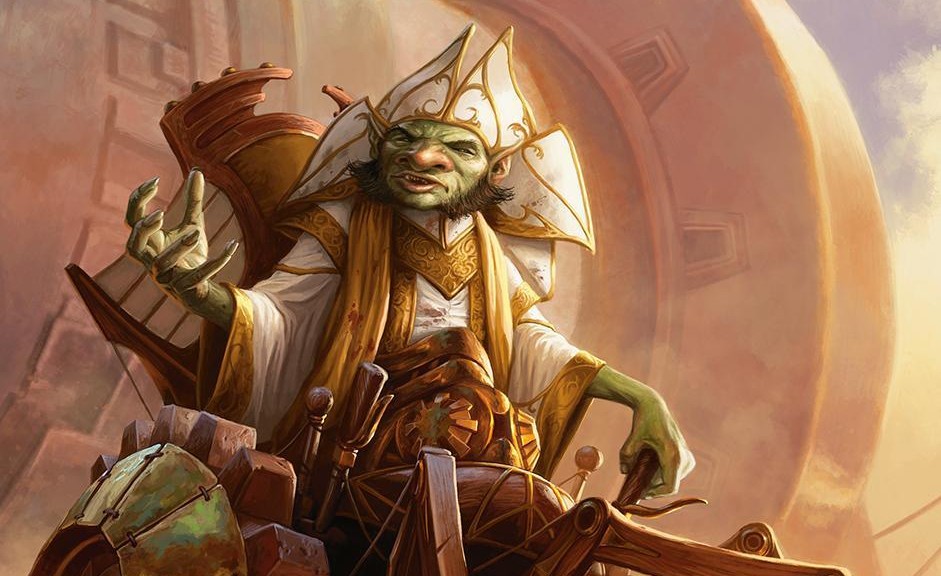 My buying pattern was largely opportunistic this week, breaking off whatever deals I stumbled across as I sell off many of my better specs from earlier in the year.

First off, tip of the hat to Brainstorm Brewery’s own Ryan Bushard for turning me on to Daretti, Scrap Savant as an undervalued planeswalker currently being held back by the total value of the other rares from the red Commander 2014 deck. Anything under $5 seems like a great entry point for a 1-2 year hold up above $10.

I’m in for cheap Soulflayers all day long, as I’m still relatively certain that the card finds a home in Modern and/or Legacy in at least a Tier 2 deck that will Top 8 sooner or later. I’ve play tested the card in Deep Sea Delver a bunch, and it’s power level in the Delve/Aggro-Combo builds that are floating around isn’t that different from Tasigur and can easily be better with the right enabling cards.

Though I believe that we will be waiting at least a couple of years to see real appreciation in the KTK fetchlands, I’ve started acquiring playsets at the low end of available pricing, while I keep an eye out for a $200 set of 20.

I also bought up a few more promo sets for the trade binder, since the price was so sweet.

“Both cards were acquired for personal use with store credit. I’ve discussed both of them in my article a few days back; I think both cards have a lot of potential in Tiny Leaders and foils are relatively cheap now.

Cartel Aristocrat is a nifty engine card in multiple archetypes, and is a difficult-to-remove threat on her own. I got my foil Cartel Aristocrat for my Anafenza, the Foremost deck where Cartel Aristocrat was an MVP ( she is one of the sac outlets for the Melira combo and a formidable threat by her own when bolstered with Anafenza’s counters. A sword-wielding Aristocrat was quite the menace as well).
Anax and Cymede is reputedly a tier one leader with multiple ways to build around. The obvious path would be the hyper-aggressive swarm builds, but I’ve seen RW goodstuff builds floating around too. Red has some of the best board wipes in the format and white some of the best removals.
More importantly, optimal Anax and Cymede lists could be assembled on a budget. Though I have no plans to venture into Anax and Cymede yet, I thought I should secure my own foil copy preemptively, in case it spikes in popularity as Anax and Cymede is an ideal deck for players interested in getting into Tiny Leaders on the cheap. “

“I decided to pick up several Deathdealers, as I feel that they are very underpriced at $1. G/B/x aggro decks have been putting up decent results even after Fate Reforged has been released. Also, when Theros rotates out Deathdealer could shine in the post-Theros Standard environment.

I picked up some Chords this week as well due to the Birthing Pod ban. I feel that eventually Chord of Calling will be quite good in Modern. It was priced at $25 and higher before the M15 reprint. $4 seems very underpriced to me for such a powerful effect.

Lastly, I picked up the prelease foil Anafenza and Alesha as Tiny Leaders specs. Both generals seem strong in the format.”