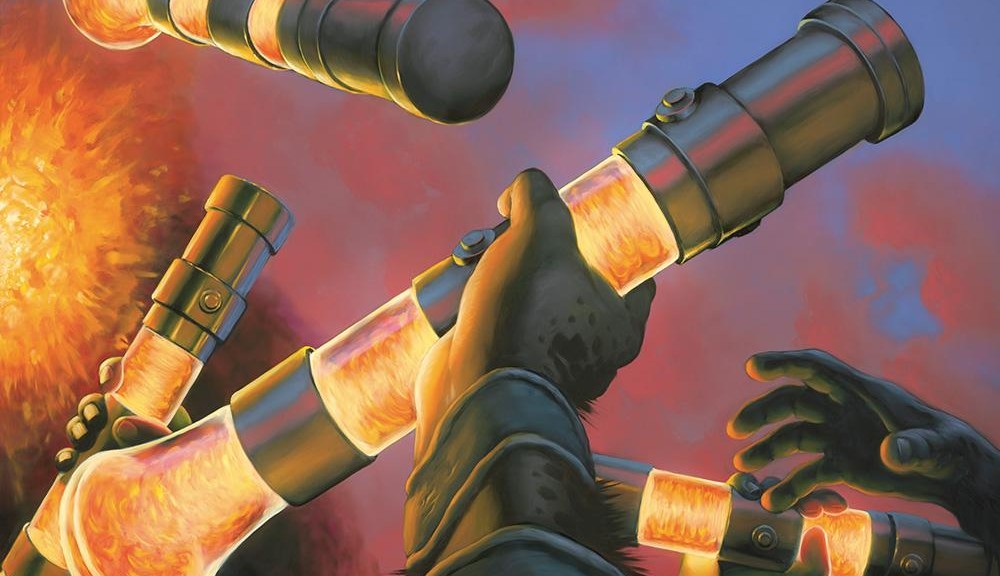 Today, with Dragons of Tarkir being the new and amazing set, and the beginning of a shaken-up Standard and Modern, I want to take a look back at my wishlist for Khans of Tarkir.

It’s been about six months since the set came out, and now that we aren’t opening Khans packs in drafts and Sealed, the prices are at their floor. How much could I have saved on the cards I wanted if I were willing to wait? How much is my patience worth?

I have gotten a few of these cards already, but I want to demonstrate the value of patience. These are all Commander cards for me, cards I’ll be adding to decks (or already added) to make them a little more awesome.

You don’t need me to tell you what these do or how good they are, since they have been out for six months now. You’ve likely traded or opened some of these already.

Here were the prices on Sept. 23, the Tuesday after the Prerelease, when prices are generally at their highest:

It’s a list with four mythics, two uncommons, and two rares, all in foil, because I am totally a collector. If I could find them in foreign foil, all the better. I feel this is a good sample from any given set, with a range of things I want to play right away.

I’ve been upgrading EDH decks for years and I’ve learned to wait, though. The longer I can stand to wait, the cheaper the cards will be in almost all cases. The cheapest path is to wait until Standard rotation, but even at the accelerated 18-month timeline, that’s just not good for me.

Let’s see what I saved (or would have saved) if I waited until today to get these cards:

Even with a recent bump to See the Unwritten, even with the Manifest synergies of Hooded Hydra, even with Sorin seeing some play in assorted Abzan lists, the price has gone down by nearly half. Some of the cards went down by lots more than half, and the only ones to have even stayed the same are the two uncommons!

What does this mean for you?

It means that when you seek value, patience is key. There is sometimes money to be made in buying things up right away. I am not good enough at predicting Standard and Modern to take that approach, but I can tell you that cards like See the Unwritten will always be amazing in Commander. (for spice, add Quicken, and add the tears of your opponents to taste.)

It means that if the 50% figure holds (and the actual figure does vary, mainly due to spikes in prices) then I can determine how much of a premium I’m paying to have this card right now. It’s possible I could have beaten that $108 figure with judicious use of eBay or TCG sellers, too. I shouldn’t presume that I’d be paying full retail.

In this case, is it worth $50 or so to me to have the cards at the beginning of the format? Would I have been more content to get a nonfoil Sorin, and save $25 or so? That’s half of the value I gained by waiting six months, but foils are a much better bet over time.

As for what I did get: I picked up the Outpost and the Bloodsucker immediately, and I opened nonfoils of most of these. I’m still trying to trade for the foil versions. I haven’t bought any of these directly…yet.

I’m going to bring up another option here: PucaTrade goes nuts when a new set becomes available. There’s a lot of points and cards flying around, and the key to success on Puca is selling into hype, which is especially true this first week. Rack up the points while you can!