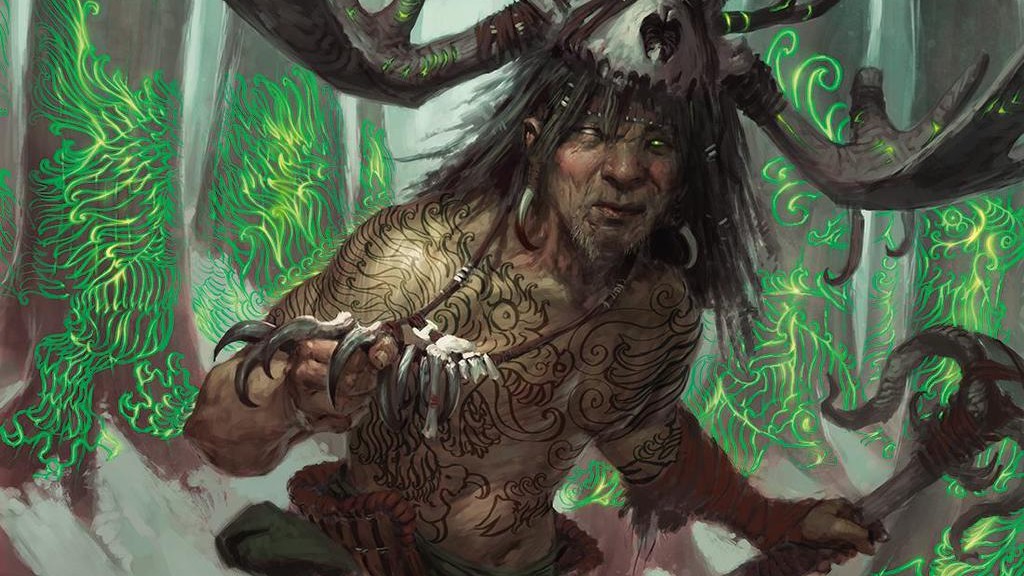 So I’ve come to a decision: I’m selling my Kaalia of the Vast deck.

As I’ve admitted before, I’m a collector. I really enjoyed having these unique and valuable cards in my deck, and playing a foil French Angel of Despair started some interesting conversations in games. Whenever I had a chance to pick up something outside the usual version, I went for it, and did so for years. As such, the value increased, and with some of my foils, I picked them up at their printing, when they were significantly cheaper.

I started this deck in 2011, when the Heavenly Inferno deck came out and when Commander really hit the mainstream of Magic awareness.

Today I want to go over some of the cards and the specifics on how/why they went up in value so much in the past couple of years, and see what trends jump out.

This ‘alternate’ version of Akroma has not seen the same level of reanimation or love that the original has, but she remains a ridiculously powerful card. It’s only got one foil despite being in Heavenly Inferno, and she is the only mono-red Angel. There was once a combo involving turn 2 Radha, Heir to Keld and unmorphing Akroma on turn 4’s attack, but this increase in price is mainly due to age and availability.

This is the heavy hitter of any Angel deck. I have written before about how I expect her to headline FTV: Angels this summer, and her nonfoil price will take a hit but rebound nicely. Avacyn benefits from being incredibly powerful, in a popular tribe, and a mythic in a set that was widely regarded as unfun (and therefore opened less).

Interestingly, the Kamigawa foil is about $13 more than the Modern Masters foil, even for being the same card. The only differences are a line of flavor text and a set symbol. This card was initially deemed too good for Commander, and was banned for quite some time. Sheldon Menery used to give hints in his columns about cards they were ‘trying out’ and I got three Kokusho before the unbanning and subsequent price spike. Sadly, there’s no longer such indicators.

She’s not as in-demand as Avacyn is, but many of the same price pressures apply: small sales, mythic, ridiculously powerful. Being two colors is the worst thing about her.

This is one of the most recent foils and at a multiplier of six from non-foil to foil, it’s an indicator of the casual appeal. Gatecrash sold very well, so that’s helping keep the price low. It’s one of the easier cards to cast, at only six mana, and that has probably put her into a few Cubes as well. Her synergy with Kaalia is undeniable, should you always play Aurelia a turn or two after Kaalia.

First of all, her foil is sought after for Legacy Reanimator builds. This is one of the most powerful things to cheat into play, as it simply denies your opponent the ability to play spells. They aren’t countered, they aren’t exiled, they simply cannot happen. This is also one of the best Bribery targets in Commander. Zendikar is often regarded as a set that brought Magic to a new level of growth, but this is still in a lot smaller quantity than a mythic in Theros or Khans.

Being in two straight Core Sets should have her price lower than it is, but the power of this card is rather high. Five mana, flying, 5/5, lifelink, and a little protection was good enough to define Standard for quite a while.

Rise of the Eldrazi was ridiculously fun to play and a surprisingly deep set. This was opened at a very healthy clip for its season, and a little more afterwards. I remember my LGS choosing Rise drafts over M11 more than once. Linvala’s price has been creeping upward steadily for a while, a combination of her power in Casual formats and as an answer to many problems in Modern.

The regulars are a dollar or less, from M12 and two Commander printings. The foils are $6, and it would not be a surprise to see then break $10 within a year, being the only chance you have to get them in foil. A foil-set reprint (Conspiracy 2 seems like a good spot for this) will impact that price somewhat, and should not be discounted.

Now, there’s two foil versions out there: the Judge foil, and the Commander’s Arsenal version. Both are a couple of years old, and aren’t terribly common, but the judge foil is still not hard to find.

I’ve written about this multiple times and this is the short version: Get the foils you need now. A reprint on this land is very likely, as it’s one of the best things you can be doing in Commander, but the foils are much more likely to hold their price for the long term.

Foil shocks are as safe as can be for the next five years or so. We had some pricey ones before Return to Ravnica block, and then the newer shocks have crept up to the $50 range, depending on the colors. The older shocklands provide a price ceiling, and while I don’t expect huge growth out of RTR/GTC foil shocks, I do see them at least holding steady. If I were trading Standard cards to get Modern ones, foil shocks would be my ideal targets.

So what lessons are there to be learned?

First of all, if you need to get foils that are not in print, go ahead and get them now. Waiting won’t make them cheaper. At best, they will be the same price, at worst, they will be much, much more. So take it from a collector, a foil hound, a magpie: Get them now and revel in it.

Secondly, the print run matters, but not as much as the Eternal play. Iona and Linvala’s foil prices reflect this. There are more foils of Iona out there, but she doesn’t see much play outside of being a one-of in Reanimator. If it’s a short print run, that will make a difference as well, and could be a factor sooner rather than later.

Finally, if you can stand to wait until foils are at their bottom, do it. This is not necessarily the time when they rotate out of Standard, but instead when supply is at their greatest.

For an example, let’s look at Sarkhan Unbroken. Right now, his foil is at a comfortable $50, and that’s nearly half what it was when the set arrived. In about six weeks, Modern Masters lands, and this summer, we’ll have Magic Origins. Origins’ arrival is when I’m hoping that Sarkhan’s foil will be $30-$40 or so, and that is a price I’m comfortable at. The power level in Commander and other casual formats just won’t let the foil go lower, and it’s likely to appreciate well.

I hope you’re able to look at foil appreciations and figure out what else we should be watching (Eidolon of the Great Revel at $30 is a fair price now, but it’ll be $45 by summer 2016) and picking up for our collections.