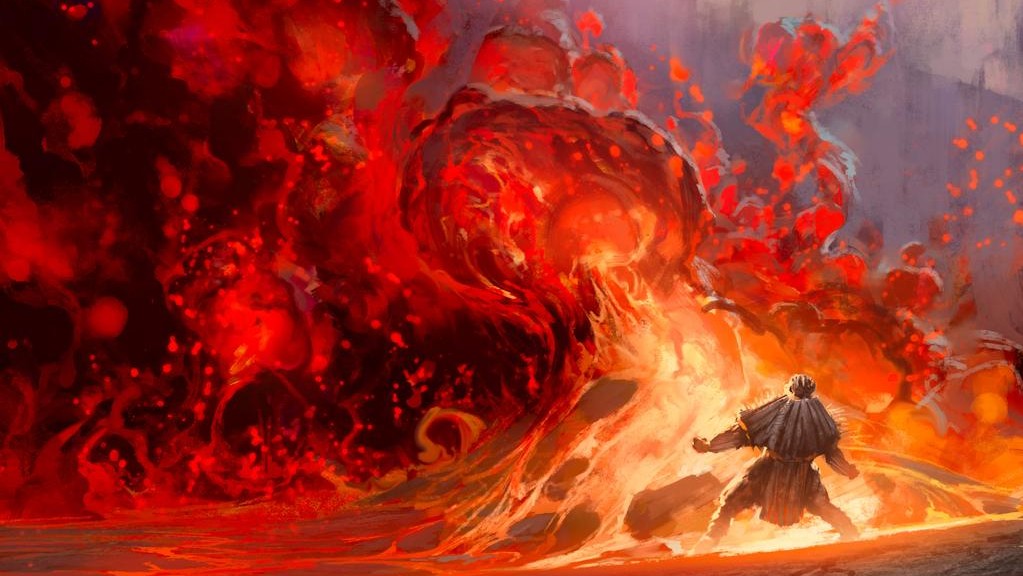 We are about two months away from what is likely to be the biggest Grand Prix ever. Three sites worldwide, a format of Modern Masters 2015 sealed, and a cap of 10,000 players, of which 4,000 have already preregistered.

Las Vegas is a town that can handle such a crowd. That’s not the issue at all. It wasn’t an issue in 2013 when the Electric Daisy Carnival was in town the same weekend. There is no worry about finding a hotel, even with a holiday weekend involved.

My concern is that what you’re going to be spending to play in side events is not going to be a good return on your money.

Specifically, I’m talking about the lottery ticket that is opening booster packs.

There are instances where packs are worth it, but mostly, you’re gambling and losing…a philosophy that leads to casinos making billions off of the hopeful.

For me, and for you, opening packs is almost always a money loser.

I want to take five examples from Magic’s history and examine the value involved before making my case about Modern Masters 2015.

This is the new set, containing the new toys and the hot tech. Let’s say we can get a box for $100 even, including shipping and tax, a number that works out to roughly $2.75 per pack.

As of this writing, there are 26 rares and mythics that beat that price, and the set is only a few weeks into being sold.

Here’s the issue, though: there are 68 rares and mythics in the set, giving you a 38% chance of getting your money back per pack.

Let me put this a different way for you: You could buy a playset of Thunderbreak Regent, a playset of Dragonlord Atarka, and have enough for a set of Surrak, the Hunt-Caller…or you could buy a box that potentially has none of those.

Yes, you’ll get some foils, but the variance is not in your favor there either.

How about Khans? There’s fetches, and Siege Rhinos, and lots more!

Of the 68 rares and mythics, a mere 13 beat that price. Elspeth, Knight-Errant is not pricey enough to earn your money back! Your success rate for nonfoils is 19%.

Case #4: Rise of the Eldrazi

Widely regarded as a blast to draft, this also has a host of expensive cards. The boxes go for about $600 plus shipping, giving us a pack price of roughly $17.

Only seven of the rares and mythics in the set beat that price, giving you a success rate of ten percent.

Revised boosters for $50! As someone who bought lots of these for three bucks, half a Benjamin for one is stealing. It does not matter if you buy at the single rate, or the box rate of about $1800. Even if you got lucky on eBay and got a box for $1500, you’re still scratching a lottery ticket. There are exactly 10 cards worth more than $25 in the set, and no surprise, they are the duals.

Compounding the problem is that this edition has nearly twice as many rares as modern sets do: 121 of them, giving you a success rate of twelve percent.

One other note: don’t you dare buy loose packs, especially online. Box mapping is totally a thing and you will never ever snag one of those pricey mythics, and the foils will be looted out as well with use of a highly accurate scale.

For Revised and older, the packs don’t need to be mapped. The plastic of the booster is just translucent enough to allow someone a peek at the card located at the top of the stack if it has been slid up a little.

So what can we take away from all of this? Well, it’s clear that the best success rate is right now, with the newest set. Best, though, is still no guarantee, since it’s still 60/40 that you will lose money buying a booster pack and opening it.

This is going to be my philosophy with Modern Masters 2015, especially as the packs are $10 each. It’s possible that at first, there’s lots of $10 rares, and maybe by the time of GP Vegas, that will still be the case.

However, the more packs that get opened, the more the values will decrease as the supply goes up. This is a four-day event, and it seems reasonable to expect that vendors will be lowering their buy prices accordingly at the event as time goes on. So even if they are worth it at first, they won’t be for long.

I’m not saying you should never open packs, as you’re often paying for an experience. Some stores or events have $10 drafts, or Half Price Sealed type of things. Going to GP Vegas is going to be quite a time, and likely there will be some incredible stories. I encourage you to go and have that experience, but when it comes to calculating the value of the events (especially $75 side event sealed!) keep in mind that value is not always equal.

10 thoughts on “We All Lose at Pack Wars”