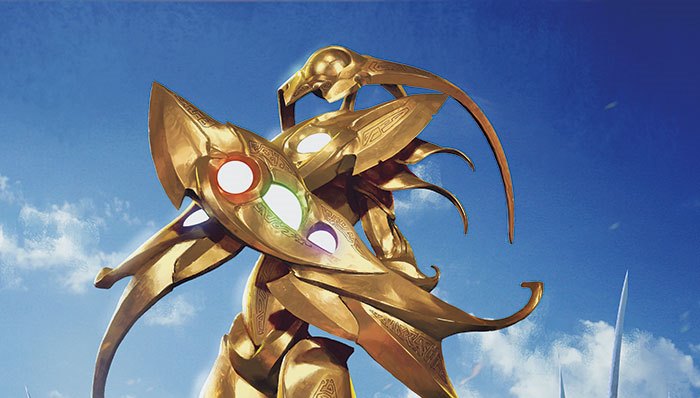 Most of my purchase activity this week was dedicated to locking down a couple of cases of Modern Masters 2 on pre-order at a very solid price that helps ensure value regardless of the final set list. The Collected Company foil acquisitions are reflective of my belief that a strong Modern deck using the card is inevitable within the next couple of years. As a small set rare, the foils can easily hit $20-30 should the theorem prove out.

On the sell side, I was able to out some of my key specs from Dragons of Tarkir pre-order season for a true triple up on the Dragonlords. Over on PucaTrade I continue to dump cards I expect are either peaking or likely to decline due to imminent reprint, with an eye to trading up into a $500-1000 card within a month or two of frequent trading.

SOLD
SOLD (MTGO)
4 Dragonlord Silumgar for 13.26 tickets each
1 Icefall Regent for 4.81 tickets each
4 Atarka’s Command for 3.01 tickets each
“I cashed the MTGO cards out right after the Pro Tour, riding on the Pro Tour hype. I made an insignificant sum on the four Atarka’s Command, which I bought for 2.69 tickets each. The Icefall Regent was a draft pick from a release draft I did. Rares on Magic Online rarely hold a price higher than 4 tickets. Even multi-format star Tasigur, the Golden Fang could not hold a price tag of 4 tickets, what more Icefall Regent who is also in a large set. Dragonlord Silumgar is a card I was bullish on in my Pro Tour prediction article. I bought a playset for my own use on Magic Online the morning before the Pro Tour when he was a mere 4.39 tickets  (you know, in case he spikes). After three UB Control made the top 8 of the Pro Tour, and some spectacular Dragonlord Silumgar action on the day two and top 8 feature match, he spiked to 13 tickets on Magic Online. I decided to sell. I was sure Dragonlord Silumgar will drop back to under 10 tickets.  He is now 16 tickets and is the second most expensive Dragons of Tarkir card on Magic Online. Oh well. I didn’t see that coming.
Re: See the Unwritten on MTGO, there was some great discussion in the Pro Trader private forums about the potential of See the Unwritten. I bought a couple more to bolster my long-term hold on Magic Online. I now have a paltry 9 copies of See the Unwritten.
I sold the paper Den Protector that I had opened in one of my pre-release packs to a player as I don’t think Den Protector has more room to grow. “
Douglas Johnson (@rose0fthorns)
BOUGHT
Douglas says:
“For those of you who didn’t know, starcitygames.com is holding their annual Spring sale. While the prices of most staples aren’t cut by anything meaningful, there are still some deals to be had on bulk rares, which are my favorite speculation targets. I’ll preface this by saying that I usually don’t even pay $.25 for bulk rares (I only pay $.10-$.12 each when buying collections and bulk lots), but I’m putting this money down for fun and am perfectly aware that I might not make much of it back for several years. This type of speculation is a long-shot, and I don’t recommend throwing down cash unless it’s play money that you’re willing to throw away.
It shouldn’t take much explaining by me to see that a lot of these are just “Maybe this will eventually be in a Modern deck” bulk rares that I’m happy to sit on forever. Even if the theoretical decks don’t end up being good, I’ll be glad to have copies on hand to sell into the hype. Some other targets that I wanted but were sold out were Realms Uncharted, Gather Specimens, and foil copies of Deathbringer Thoctar. Meanwhile, Bladewing the Risen has been one of the only older Dragon cards to not see a ridiculous spike in the wake of Dragons of Tarkir. The only nonfoil printings are from Scourge and the original Commander set, the latter of which was the first supplemental product of its’ kind. Meanwhile, FTV: Dragons was also the first From the Vault set, sharing a ridiculously low print run. I believe a $6 price tag on the FTV foil will soon rise above $10. If you can still get in on non-foil copies at $1-2, I don’t think that’s a bad play either. Just remember that this is primarily an EDH and casual card, and you have to be able to unload all of the copies you get. I’m still sitting on 40+ copies of Ghave, Guru of Spores, so I didn’t want to go too deep on this because my only other out would be buylisting. “