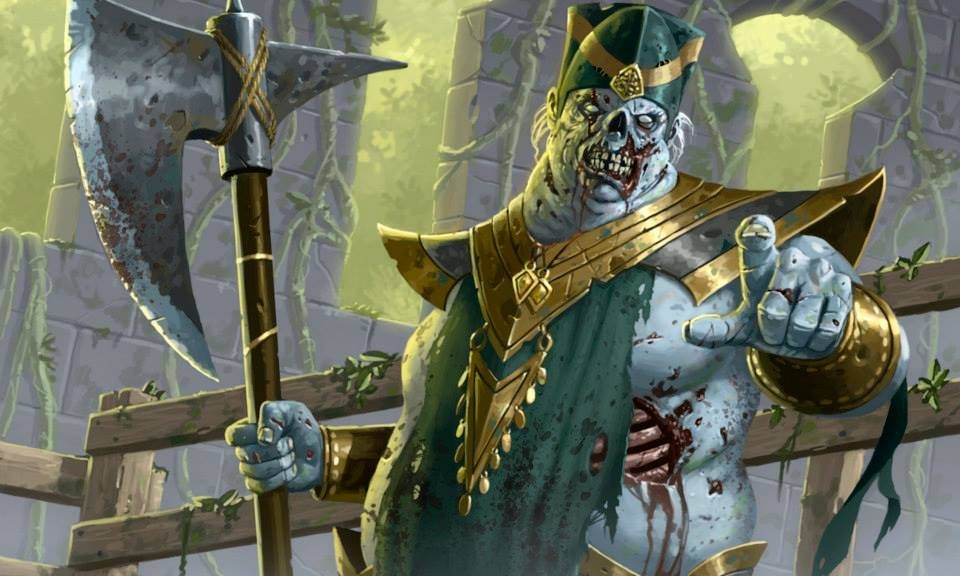 Most of my purchase activity again this week was dedicated to locking down a couple of cases of Modern Masters 2 on pre-order at a very solid price that helps ensure value regardless of the final set list. I moved in a bit on Risen Executioner as a potential answer to point removal and counterspell strategies dominating the Standard metagame, chiefly in the form of Esper Dragons. Executioner, played in a shell with enough Delve or recursion to selectively remove other creatures from the graveyard, has the potential to force through a lot of damage against the relatively ponderous control decks. The card is performing for me in my Abzan Final Form deck so far, so I’m happy to pick up a few sets of a small set mythic at $2.50 that could easily find upside during it’s tenure in the format while enjoying long term casual upside. If the card doesn’t break out soon, I’ll be looking to snag more copies around $2 in early summer. Similarly, Flamewake Phoenix is something I’m working on reinvigorating in a tempo based U/R/w shell using Frost Walker, Stratus Dancer, Ashcloud Phoenix, Rabblemaster, Ojutai and Dromoka to pressure Esper Dragons. $1.25 is a nice price for a good rare with some decent chance at upside. The rest of my paper buys were just opportunistic price snags.

Over on PucaTrade I continue to dump cards I expect are either peaking or likely to decline due to imminent reprint, with an eye to trading up into a $500-1000 card within a month or two of frequent trading.

“Based on the thoughts I had about Commander 2014 targets, I thought I would pick up Teferi based on casual popularity. Along with Freyalise, he is one of the most desired Commanders from the set. Most players agree that the blue deck is the weakest, and my thinking is that many sealed copies of the deck are probably still sitting on shelves across various stores. This makes picking up the singles from the deck a good play and I found a nice deal on Teferi.

I picked up Retract due to seeing this crazy Modern deck called Cheerios, featuring Retract as one of the combo enablers for the equipment drawing engine that Puresteel Paladin creates. I’m not sure if the deck is powerful enough to rise above the hate of the format but for near bulk rare prices I couldn’t pass it up as a speculation target.”

SOLD (Pucatrade)
“I missed the boat on See the Unwritten at 300 points, and I believe it jumped as high as 600 points after Battle for Zendikar was announced. Now I’m getting them for an acceptable price of 410 points.

The other three cards are for my cube. The Thirst for Knowledge was not at all near mint, but I chose not to report it because it’s 49 cents. I don’t know if that makes me nice or part of the problem.

Of all the shock lands, I’m deepest in Steam Vents (thankfully). Every once in a while, I ship a few out to restock my Pucapoint stores. I’m a little surprised the Tectonic Edge promo isn’t higher, but with a potential reprint in Modern Masters 2015, I figured it couldn’t hurt too much to send it now. I’m pretty much out of Modern now, so I kept the one Deceiver Exarch in my cube and shipped the other three, because again, a reprint at common or uncommon would just kill the nearly $1 price. Finally, I lost value with the Blackcleave Cliffs by putting the stamp and the PucaTrade number on the envelope before noticing that it was a local who wanted the card. I probably could have salvaged the situation, but laziness won out when I could have saved myself the stamp and just met the dude at the LGS. Oh, well. In any case, I got this card for a dollar at Scars rotation, and I’m sick of waiting for it to go higher, so I shipped one out. I can’t imagine it will get a slot in MM15, but anything’s possible, I guess.”
Douglas Johnson (@roseofthorns)

Douglas says:
“How many Planeswalkers in this game have an average cost of less than $5 and aren’t named Tibalt? Go ahead. Check. Daretti is an extremely powerful Commander in his own right, and fills a unique niche in the mono red Planeswalkers by having an artifact theme. I bought these from Troll and Toad, who also ships singles orders for free that total over $25. Even though this will likely be a long term hold if I’m aiming to sell for anything near $10, I have no doubt that these will be extremely easy to liquidate in my display case or trade out to local casual players for at least $5-6. “

9 thoughts on “MTGFinance: What We’re Buying/Selling This Week (April 26/15)”