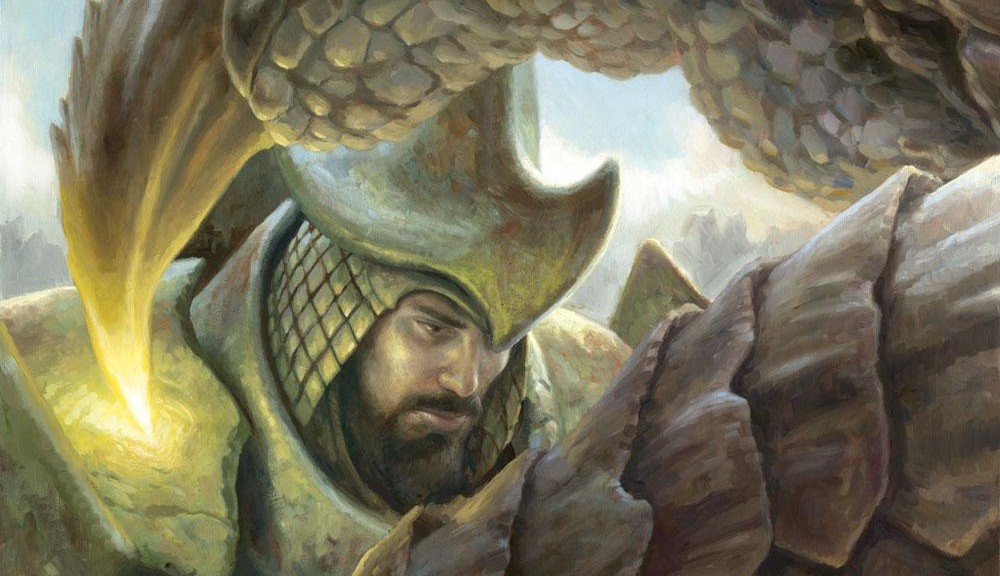 This is one of my favorite times of year as a casual financier, because people are starting to plan ahead for rotation in the fall. It’s really not that far off, though we do have a couple of sets to go before Theros block and M15 bid farewell to Standard.

Because people plan ahead more, there’s less of a problem with prices cratering at rotation than there used to be. It’s difficult to get full value on Theros block cards right now, and while I’m not buying anything yet, I’m planning for some things becoming available.

Thoughtseize – It’s down to $20 from its pre-reprint high of $80. Thoughtseize is one of the most powerful cards around, costing a card, one mana, and two life to rip a plan apart. As a rare in a best-selling fall set, the supply is very large, and the demand is also real in eternal formats.

I’d agree with you if you said that the price is going to go up over time. I wouldn’t be shocked if it was $30 or even $40 within a couple of years. The buy-in and the payoff time is just too high for my small-budget tastes, unfortunately. If it fell to the $12-$15 range, I would be aggressively picking them up. They are just too good.

Elspeth, Sun’s Champion – At $10 and declining ever since her Duel Deck came out, she’s a prime target. Planeswalkers are always going to have a certain appeal, and this one epitomizes what this card type is supposed to do. Good against small creatures, good against big ones, and an ultimate that makes it hard for you to lose.

I’m hoping she drops to the $7 range by September, but I’m happy trading for her at $10 and letting her slowly appreciate. I’m also not going to distinguish much between the Duel Deck foils and the regular Theros ones. Very few people are going to snub the foil and seek the regular.

Nykthos, Shrine to Nyx – I traded for a half-dozen of these at $8, and even with the recent spike in devotion decks, it’s not even back to $7. This will take a hit as rotation nears and those decks lose a lot of value, so when it gets back to sub-$5 decks that’s when to pick them up for their long-term

The Temples (Triumph, Plenty, Deceit, Mystery) – These are currently at pretty low prices, and I have to say that if they make it to $1 or so, I’ll be snagging them left and right. They are not good enough for most cubes, but they are fantastic in Commander and are unlikely to be reprinted soon. I wouldn’t expect a big turnaround on these, but they are solid and safe pickups.

Kiora, the Crashing Wave – It’s always worth looking into cheap Planeswalkers. Kiora has the Duel Deck edition going on, and that’s going to keep a cap on her price for a while. Picking her up in trades for $5 or less will be easy enough and worth doing. Keep in mind that Born of the Gods and Journey into Nyx have some relatively short print runs, and Kiora is Cube-worthy if there’s support for the Simic color pairing.

The Temples (Enlightenment, Plenty, Malice) – The first two of these have higher prices right now because of their applications in Standard. Waiting until rotation to pick these up is the play. I really like these as inclusions for deliberately underpowered Cubes, too. Get them around $1-$2, though Temple of Enlightenment pops up occasionally in Modern lists and might not go below $4.

Ajani, Mentor of Heroes – I said it when the card came out: This is a terribly awesome card in the superfriends decks and you’ll want to wait till rotation to pick up a few. The price is still high, $16, due to a smattering of play and the low run of Journey cards. I’m not sure how low it will go, as there were never all that many in circulation, but there are a lot of Standard decks running him as a one- or two-of. Dropping to $10 seems likely, but he’s seeing zero Modern play and most of the Commander decks that wanted one got one, so $5-$7 is in play too.

Eidolon of the Great Revel – This is knocking on $10 and has been climbing all year. This took a hit not long ago, knocking down to $6, but it’s come back strong. This card is the real deal in eternal formats, making waves in everyone’s budget deck of choice: Burn. This has an excellent chance to add $5 or more in value within the next year, and I wouldn’t be surprised if rotation didn’t touch this price. It’s worth saying that in this day and age, reprints are a funny thing, and this is something I’d have on the radar for a reprint before long. When they go up, go ahead and sell out.

The foils are just $25, and that’s a low price for something that is a four-of in Legacy maindecks. It seems like a pretty easy pickup now, and has great potential to go higher. We’re not talking Abrupt Decay-level spikes, but seeing this as a $50 foil within a year wouldn’t be shocking. It’s that good and that commonly played in Legacy and Modern.

Garruk, Apex Predator – Currently at $15 and seeing just a touch of Standard play, rotation should push him to $8 or so, and that’s when you want to pick up a few. This is a fantastic Commander card and is pretty unlikely to get printed again.

Ajani Steadfast – Only when this gets under $5 will I want to get any copies in trades.

Obelisk of Urd – Hear me out. Tribal decks are absolutely a thing in casual play and this is a pretty good way to make any tribe terrifying. Convoke is an excellent way to lower its cost, and the card is at $3/$5 despite seeing the tiniest amount of Constructed play. I’m a big fan of picking up these foils right now, and being patient. I’m not saying these will double in six months, but I do think these will have a slow upward trend and be excellent trade fodder.

The Chain Veil – With a foil split of $1/$8, this card has serious casual appeal. The nonfoils are a pretty weak bet, but it won’t cost you much to pick some up and this is a unique effect in a mythic slot, a combination that can lead to some impressive price swings. I would agree with you if you bought a few now and simply waited until a five-color legend was printed that enables planeswalkers somehow, or, heaven forbid, there was a five-color planeswalker that had the ‘This can be your Commander’ text. That would spike this foil to at least $20 upon being revealed.