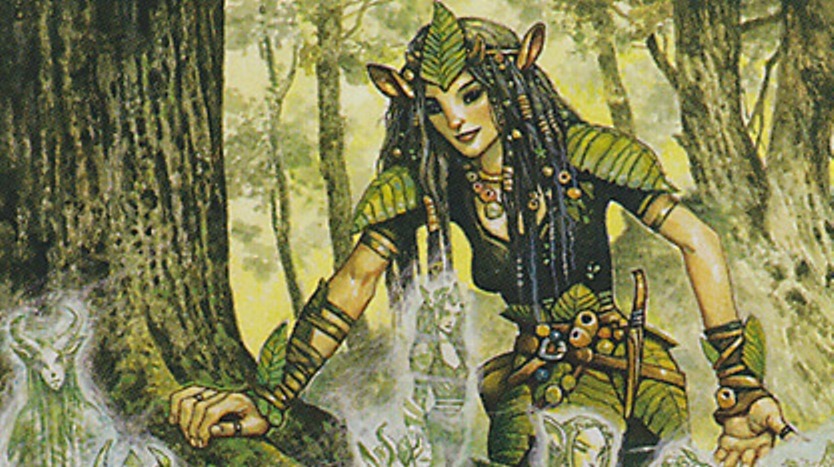 Dragons of Tarkir continues to shake up standard, but the hype is real for Modern Masters 2015 and the upcoming release is moving prices as well. Let’s have a look at what’s up with the Magic cards that are moving and shaking this week:

Collected Company has been getting a lot of press and a reasonable number of results in Standard, and things are also starting to heat up for the card in Modern. Speculation on the Modern hype tripled the cards price in the last ten days or so. I’ll be outing a few copies to cover my costs around $10/copy and then holding the rest for several months to see how things develop in modern. An important win at the top tables could put this card up above $50, especially if it proves to be viable outside of a single deck.

This bad boy uncommon has long been a big contributor to the success of Elves comboing off in Legacy, but as of late some Modern success with the deck has thrust up demand for this single printing money maker. The Elves deck is unlikely to take over the format as numerous answers (such as Anger of the Gods) exist to control it, but kudos to anyone who happened to be sitting on a pile of these when the spike hit this week. There might be a few more dollars left in this but it’s time to ship.

The recent spikes on Dack are more speculative/opportunistic than play driven given that Dack is really only played sparsely in Vintage and Casual formats. As a mythic from a low volume set that didn’t sell well, this could easily top $50 a bit down the road, but there’s always a slight chance of a reprint or a replacement, so I’m going to hedge my bets and sell a few now, and a few more later. I was getting in on these around $17-20 near Xmas 2014, so locking in $50/profit per set seems like a solid move now.

No reprint in MM2015 has all copies of this card on the rise, and even the white bordered versions are on the spike.  This will likely see another reprint at some point, as it’s handy to have something on deck to keep fancy lands in check in Modern and Legacy, but for now it seems safe for a year or more. I’ve got some Dark NM copies I’ll be ready to move at anything over $40 since they were picked up under $20 last year. If you have extras sitting around, cashing out and pushing into a new spec is a solid plan.

The recent Modern Elves and Collected Company decks are driving this card higher. It’s been on my list of “undervalued vs. potential” cards all year, as supported by my 60+ copies. Assuming it finds a permanent home in a consistently performing Modern Deck within the year, this is a future $10+ card, which is still a ways off it’s previous high, but a solid double up for those of us who got in under $4.

Daybreak Coronet is the perfect example of a card whose price was propped up by little more than rarity relative to the current player pool. As a card that is basically only played in the Modern Boggles deck, Daybreak was part of the Future Sight value posse, but is dropping like a stone heading into the triple GP weekend for MM2015. I’d steer clear, but look to pick up a few copies around $10-12 if they show up during desperation sales as folks start to try and recoup travel expenses after Vegas via Ebay and TCGPlayer dumps. I got rid of my copies last November as part of my Black Lotus deal, so I’m out of play on this one.

Verdict: Buy (below $15, but there are better targets)

This is a great card, with a powerful effect and a strong future in EDH and casual circles, but with all of the high value cards that have emerged for Standard in Dragons of Tarkir, it was inevitable that anything like this that isn’t seeing heavy play was going to drop, especially given the purchasing power being directed towards MM2015 right now. I love this card as a speculative target heading into fall, and a long term middling casual hold, especially if it gets down toward $2. Someday you’ll buylist this around $5 and thank me if you get on the train during summer lows.

Some day our kung-fu planeswalker will get broken but in the face of limited Standard play, she has rightfully swapped values with Dragonlord Ojutai, and may hit as low as $10-12 heading into summer lows. I’m a buyer at the bottom end of that range, but I’m not in a hurry to pick her up. If foils get equally juicy, I’ll be more motivated on those, since casual and EDH play may help float a potential lack of demand from Eternal formats.  You should have sold your copies when you cracked your box last month, but it’s not too late vs. eventual lows to trade her out for something better.