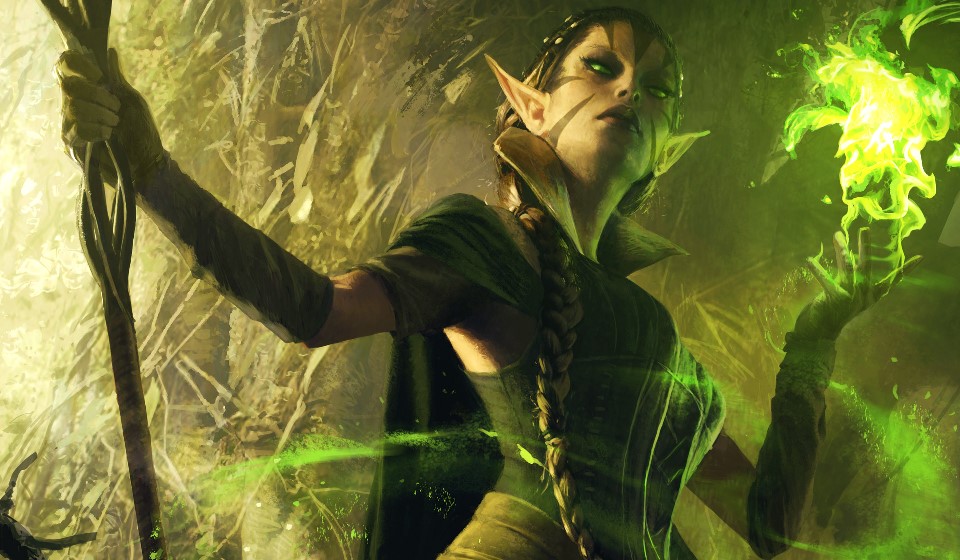 So far, Magic Origins looks like a triumphant finale for the long-running summer core set of Magic: The Gathering. The final core set (soon to be replaced with the 2nd set in the 2nd block of each season) is chock full of subtle and original cards that many players, both pro and amateur alike, have been having trouble evaluating.

Unlike Dragons of Tarkir, which was widely panned as “for casuals”, only to succeed in shaking up the scene in both Modern and Standard, Magic Origins features a ton of cards that are seemingly powerful, but hard to evaluate, resulting in a mix of both over and under-costed cards currently for sale.  Also, like DTK, Origins is up against several previous set’s worth of very, very powerful cards that may preclude many of the new cards from seeing extensive play until the fall rotation in October.

Many of the best cards in Origins have already been identified, and it’s possible that too many are already priced for success. Remember however, that you’re really going to see the greatest returns if you skip the armchair theorizing and buckle down to test the decks ahead of the curve.

Here, presented in order of likely upside, are my picks for the cards in Magic Origins most likely to reward timely speculation, with all target prices assumed to be possible during 2015 unless otherwise noted:

It may seem pretty odd to be calling out the most expensive card in the set as my top underdog pick, but hear me out. Nissa has already been called everything from hot garbage to Elspeth by both pros and MTGFinance writers alike. Personally, I’m with Pat Chapin on this one. I see a very flexible early utility creature that turns into a stellar late game draw once your ramp strategy has activated. I also see an iconic mythic that will likely be played as a 4-of when it’s played at all. The Standard meta is going to get shook up something fierce with the release of Origins, so anything could happen, but if Nissa pops up at top tables in some early Standard tournaments, I can easily see her pushing the upper limits of standard playable mythics. Also, with Eldrazi ramp almost certainly a thing once Battle for Zendikar is released in October, the trend-line would seem to favor the home team. Though her percentage returns wouldn’t be the highest in this list, the raw returns would still be $5-10 per copy, and potentially more in trade, especially if you can snag some at peak supply for under $20.

This big black beat-stick may be a bit lower on players’ radar screens than it should be. The triple black casting cost really reduces the number of decks it can be played in, but there are likely still potential homes in Black Devotion or BG Recursion strategies. Sure he’s big and cheap, but his true form is as a multi-faceted control hoser. His conditional indestructibility has the potential to turn off kill cards from decks that don’t have early drops or can’t keep them on the table, and his recursive potential is unlocked by any deck that either a) plans to use Delve (Tasigur, Angler, Treasure Cruise, Dig Through Time) or b) plans to abuse Deathmist Raptor and Den Protector. He also beats Tasigur, Angel of Tithes and Siege Rhino in combat and survives Languish and Stoke the Flames/Exquisite Firecraft. The fact that he is so useful in turning on Erebos, God of the Dead may not end up being a thing, but it’s certainly worth testing to be sure. Between strong kill and Thoughtseize, mono-black certainly has the tools to make a run.

Here we have a rare with at least some potential to be as powerful as Snapcaster Mage. Using the Speculator 3000, I see a low casting cost, an aggressive body, and the potential to generate relevant card advantage in a low slung deck streamlined to abuse it. I have little doubt this will see some play in Standard while it’s legal, but in pointing the finger at foils I’m really saying that it might have a home in Modern or Legacy. Picture a deck with Snaps, Young Pyromancer, Delver of Secrets and this guy alongside a pile of 0/1 casting cost spells. StarCityGames is sold out at $9.99 and currently I can’t see many for sale under $20, which is steep without proven results. I’ll be target these around $15 if I can get them, ramping up my commitment quickly if I see tournament results or deck ideas that seem to drive the value.

I feel reasonably confident that this is a card that will earn a spike within the next 2-3 years. Is it worth going deep on copies now without results hoping this is the next Collected Company in Modern? Probably not. CoCo is already giving green decks a somewhat similar option whose potential hasn’t been fully plumbed, and there are more reliable options for your hard earned dollars. That being said, this is more combo card (think Polymorph into an important creature off of a token) than a Birthing Pod to my eyes. Perhaps what it really needs to go off is reliable card stacking, a la Congregation at Dawn or Sensei’s Divining Top. It’s the perfect example of a card that most players won’t be able to rate effectively until they’ve seen a smarter player bring it to a top table and since I haven’t divined the proper build for it, this spec comes with a giant sized caution label despite the slight potential to be massive in Modern and/or Legacy.

5. Harbinger of the Tides (Foil Rare)

Harbinger of the Tides needs a few things to happen to end up facing the right direction. Firstly, he needs to successfully slot into Modern Merfolk as everyone expects him to, and then put up a strong set of results that demonstrates he takes the deck up a notch. Hopefully, that deck wants four copies, though it’s possible they just don’t have all the slots available. If he could simultaneously find a home as a 3-4 of in a dominant Jeskai tempo strategy in Standard for a few months, that would certainly bode well for hitting the target below. Ideally I’ll be looking to scoop up a few sets under $15, looking to hold for a long term double up.

Normally, I would be seeing this as a bulk rare, but the reality is that there are plenty of tools in the current Standard to make this work. With cards like Dromoka’s Command and Silumgar’s Command on deck to make sure you never actually lose the game, both Abzan mid-range and U/B control might be able to find reasons to run this.

My conditions for success here are as follows:

I’m also only 75% sure this isn’t playable in Modern or Legacy, since funny ways to donate it to opponents might be found.

This card has all the hallmarks of a Modern or Legacy card that will be forgotten about until the day the right combination of cards suddenly makes it spike off of a Top 8 performance that comes out of nowhere. You need to be generating a lot of mana already to make it sexy, so it’s really about finding interesting utility lands or lands with auto-win conditions and benefiting from them all coming into play at once.  If these dip towards $4, and I think they will, I’ll consider acquiring some to stash away in the long spec box.

So there you have it, the long-shot specs of Magic Origins. Which ones are you going after and why? Anything I missed that you think has a shot at a big rise?

In Digging for Dollars: DTK, I called out the following specs as undervalued cards with some chance of financial success (shown with original and current pricing:

Dragonlord Ojutai is clearly the big winner here, and the amount of money I made on my 20 or so copies, easily made up for funds invested in 12 copies of Sidisi, Undead Vizier and Zurgo, Bellstriker that haven’t gone anywhere. It’s laughable however, that I set the ceiling on Ojutai at $8, when in hindsight we see one of the defining finishers of the format, and a card that has already seen Modern play.  (Having hit $30 earlier in the season, Ojutai now looks like a solid pickup for the fall if decks that want him can figure out how to get around the sacrifice effects that have rendered him less effective.)

The only other cards I offered up as solid picks were Zurgo, Bellstriker and Sidisi, and both saw some good early play before falling off the side of the metagame. That being said, both cards are still positioned reasonably well heading into the fall, though major financial gains will be difficult at this point without top table support. I suspect there may be a GB Recursion strategy that wants a couple of copies of Sidisi at the top end but it won’t be a 4-of unless Battle for Zendikar offers up a powerful ramp strategy to effectively reduce it’s casting cost.

Of the true long shots, none of them have yet managed to hit the targets I set for them should they see widespread play.

The results of DFD: DTK then, provide further proof that buying a full portfolio of long-shot lists like this is nearly always a bad strategy. Cards like Dragon Tempest, Blood-Chin Fanatic and Boltwing Marauder too often hinge on the emergence of a specific linear deck, whereas flexible and powerful cards like Snapcaster Mage and Abrupt Decay offer up multi-format appeal that can be tucked into a myriad of decks.

Note: One of my biggest misses from DTK was my complete predictive whiff on the power of Collected Company in Modern and the resulting explosion in the value of CoCo foils. Like everyone else I just saw a poor man’s Birthing Pod at a casting cost that seemed too high for the format. The ability to leverage instant speed status to recover from sweepers, get in under counterspells and occasionally combo off, has however, proven to be extremely powerful. Fortunately, I clued in earlier than most (about a week after publication) and managed to snag 20+ foils around $10-12. Today those foils hover around $40, and I also made strong returns on early acquisitions of Death Mist Raptor and the other Dragonlords, so DTK was a strong win on the spec sheet despite getting stuck holding 3 playsets each of Dragon Tempest and Descent of the Dragons 😉

See you next time and have fun at the pre-release!