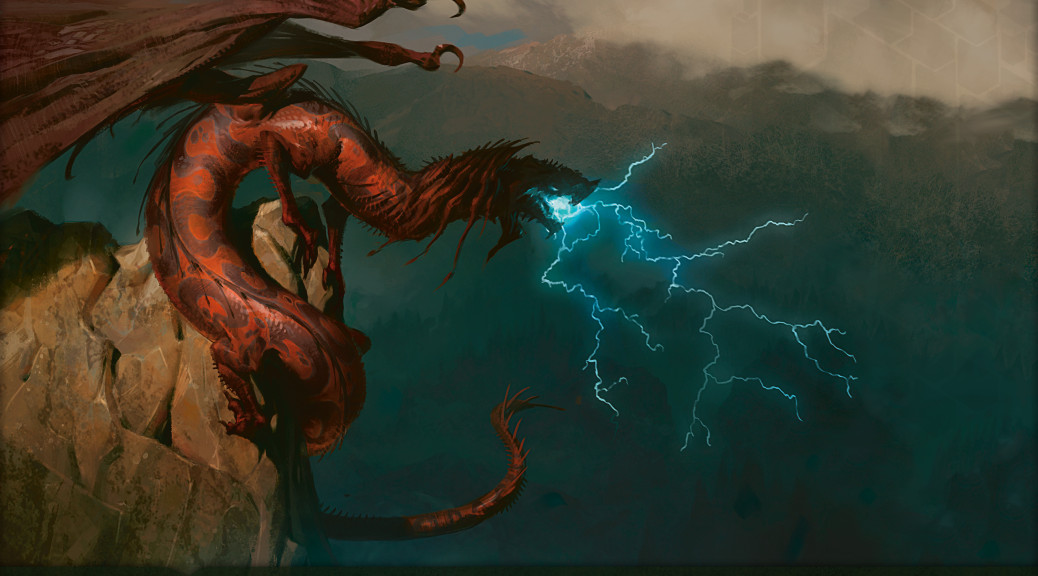 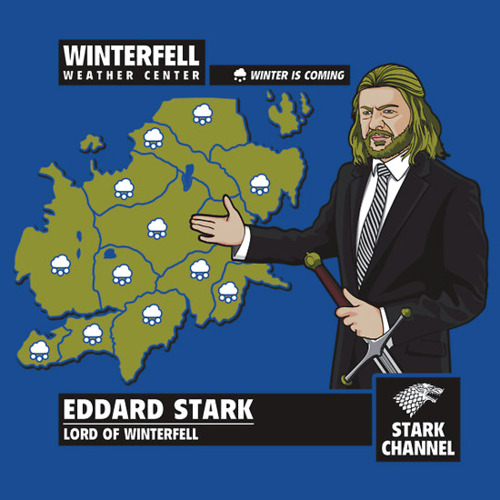 Yes, I realize it’s August.  I know it’s pretty much the middle of summer, and my article’s title makes little sense.  But give me a minute before you close the window to explain.  Winter is coming, and I don’t mean in the Stark way.

Note: Some of things I’m going to talk about are from the point of view of someone living in North America.  These examples may not be accurate to people living in Europe, Asia, and especially in the Southern Hemisphere.

So when people say “Oh yeah it’s Modern season,” what do they really mean?  Well there are two types of “seasons” in Magic.  One season has now become the Preliminary Pro Tour Qualifier (or PPTQ) season.  There have been many versions of the PPTQ seasons but now there is a specific format for each one.  There are 4 PPTQ seasons per year (one for each Pro Tour) and they can only be the constructed format that corresponds to the Pro Tour or Sealed Deck.  What that means is with 3 Standard Pro Tours per year and 1 Modern Pro Tour per year, we get 3 seasons of Standard and 1 season of Modern.  Basically,  it’s almost always Standard season.  Even during the Modern PPTQ season there are plenty of people playing Standard at FNM, Grands Prix, StarCity Games Opens, etc.  For this reason, Standard cards are not affected by the PPTQ Season.

Standard cards however, are susceptible to the changing of the 4 seasons of weather.  Let’s talk about the last year of season to explain how we got to where we are. 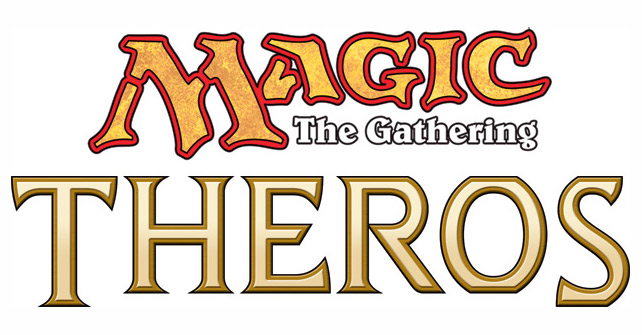 This is the season where the typical large Fall set is released.  Depending on the day of the week, most of these sets release in late September or early October (Magic products always release on a Friday).  In the previous rotation cycle, this is set entering Standard kicks an entire year of Magic out of Standard.  With the release of Theros, Innistrad block and M13 both rotated out.  The cards from this set are usually very powerful in order to shake up a lame duck standard format.  Typically cards from this set are also under very volatile conditions the first month as people figure out the “new” Standard.  This is generally a poor time to buy cards because prices are high due to lack of supply.

The winter set was the middle set of a 3 set block but now will be the last set in 2  set block.  Born of the Gods, like many middle sets, was a small set that is supposed to greatly impact standard.  Unfortunately this time Born of the Gods was unable to be the big shakeup set that some middle sets, like Gatecrash, can be.  Currently there are only 2 cards in the set worth over $5 and this was true for most of it’s lifetime.  This set is usually released in early February.  It is critically timed right after the holiday break when most people will return to playing Magic. 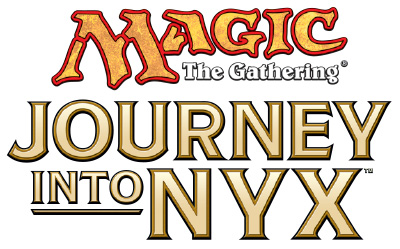 The final set of 3 set blocks is released in the Spring.  It allows for the “final piece” of many decks to be assembled and become dominant.  Cards from this set have to push some boundaries to make a splash in an otherwise established format.  When this set is released, Standard’s card pool is almost at it’s largest.  It makes it a lot harder for cards to break into the spotlight.  In Journey into Nyx, Constellation was saved for this set to hopefully revitalize the enchantment theme.  It was not very successful but recent emergence of Starfield of Nyx and Herald of the Pantheon have completed the deck as Wizards may have initially wanted it.

All Magic blocks culminate into Summer Slam… Or maybe that’s wrestling.  I always get those two mixed up because they’re so alike…  Anyway, the summer set is usually released in July.  It usually has pretty poor sales compared to Fall sets and card scarcity is usually a big issue.  This set is not opened as much because a lot of people go on vacation or (in the case of college students) are out of school for the summer.

Now what does that all mean for a card?  Let’s take a look at Stormbreath Dragon for a historical analysis of how the seasons affect a card price.

Stormbreath Dragon was released in October of 2013 in the fall set, Theros.  We can see it starts at pre-order price about $20.  Many people compared it to the much loved Thundermaw Hellkite but still many were skeptical of it’s smaller stats.  Then within a few weeks, peopled played with the card and realized it was insanely good! Boom, over night basically it was a $40 card.  That’s typical of popular fall set mythic rares.  And then afterwards, we see the slow decline into winter.  The peaks and valleys of this price graph is typical of cards from the fall set because of the seasons.  People play a lot less Magic during the month of December.  Wizards of the Coast Organized Play events go on break for usually the entire month of December and people frequently go home to visit family for the holidays.  This is by far the best time to buy into the fall set.  The best time to buy Battle for Zendikar will likely be during December and January.  Why?  Well because right after this dip back into reality, there is usually a spike around February after the 2nd set of the block is released.  Some decks become revitalized with new cards and people are excited to return to what they used at the beginning of the last set release.  Stormbreath Dragon again climbs up for a few months.

The second best time to buy the fall Standard-legal cards is the summer following it’s release.  This used to be the time for much maligned Core set releases.  Prices dip once again because some people want to go to the beach or do stuff outside.  Personally, I don’t know why anyone would want to go out into the sun and ruin their perfect pale complexion, but to each their own I suppose!  Summer is also another break for students.

The next peak for Stormbreath Dragon is… in the fall again?  Yep, traditionally rotation occurs with the new fall set.  This means anything that was keeping a card down from the previous block rotates out and it’s a brand new format!  The thing that really shakes up at rotation is how many cards are leaving and entering.  With the release of Khans of Tarkir in the fall of 2014, 269 new cards were entering the format.  The rotation of Return to Ravnica block and Magic 2014 removed 928 cards from the format!  Players are often not prepared for this amount of churn.  It’s been a while since anyone has drafted the previous years’ sets and people are excited to open new cards.  This causes the single prices for the previous block to increase due to no increased supply but greatly increased demand.

And then as soon as it happens, it’s winter again.  December and January see large drops in card prices across the board. This year was a little weird because two set releases were a little sooner than usual.  Fate Reforged was released almost two weeks earlier than usual (January 23rd vs Born of the Gods, which was released on February 7th).  Dragons of Tarkir was released a MONTH earlier than Journey into Nyx (March 27th vs May 2nd).  This was change was to accommodate the much-anticipated Modern Masters 2015 (released May 22nd).  The last hurrah for Stormbreath Dragon was a little later than usual because Dragons of Tarkir, as the name might imply, has many synergies with Dragons.

Side note: Dragon’s Maze continues to be one of the biggest disappointments because you can’t name a set “Dragon” and have none in it.

Notice how the last hurrah ended in May?  With the release of Modern Masters 2015, many people decided they were done with Theros block cards.  Grand Prix Las Vegas was largely responsible for the huge sell off of Theros block staples that cause the sharp decline in the Dragon’s Price.  From here on out we can see what lame duck cards do until the end of the format.  Stormbreath Dragon will be a great card for many years to come and pretty difficult to reprint due to Monstrosity.  If you were waiting to grab these for EDH your prime time is closing in.

Now for the feedback part of this article.  How do you like the structure? Would you like to see how seasons affect cards from the Winter, Spring, and Summer sets?  My next article will explain how play seasons affect Modern card prices.