It’s the week before the Pro Tour and all through the Internet, not a pro player was stirring, not even Tomoharu Saito.  After a grueling tournament, two decks that only feature two colors battled it out in the finals of the Star City Games open in Indianapolis. This week we won’t be teaching any lessons.  I’m going to go through the news with you. 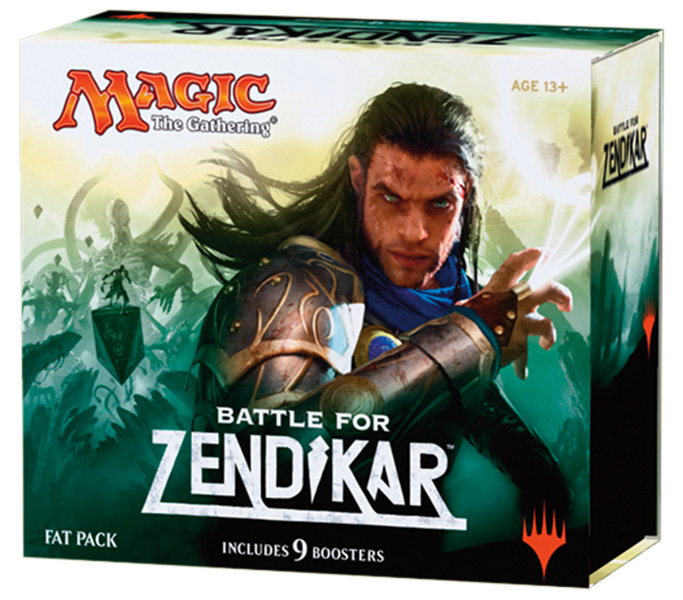 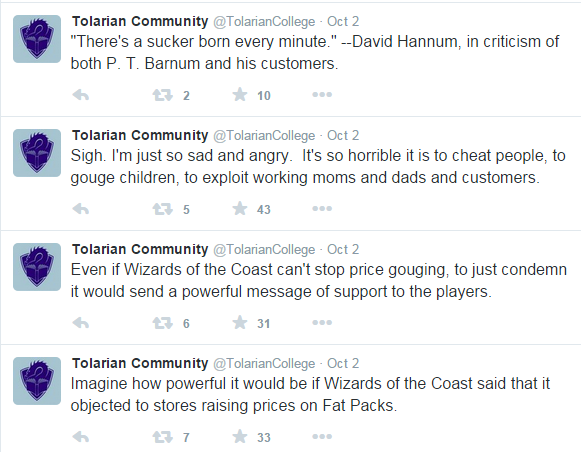 I respect him a great deal for his huge contributions to the community (seriously if you haven’t checked out his videos I highly recommend them), but I don’t think he, like many people, have considered all of the options.  Most stores sell almost every Magic sealed product for under MSRP.  The exception is usually with limited print run stuff like From the Vault products and Modern Masters.  The only reason to raise prices is because you will sell out of all your product.  Large online stores can’t afford to be out of anything.  If a customer comes to your website expecting to be able to buy a product and you can’t provide that product, they will buy from competitors.  If that competitor has products in stock that you do not multiple times, you will lose that customer.  What this means is that prices have to rise to curb demand.  Stores are still in the business of selling product but the reality is they need to keep something in stock.  You have the option of going to Walmart or Target and trying your luck at picking up a Fat pack but that’s not an option for everyone and the convenience of an online order is worth the $10 to some people. 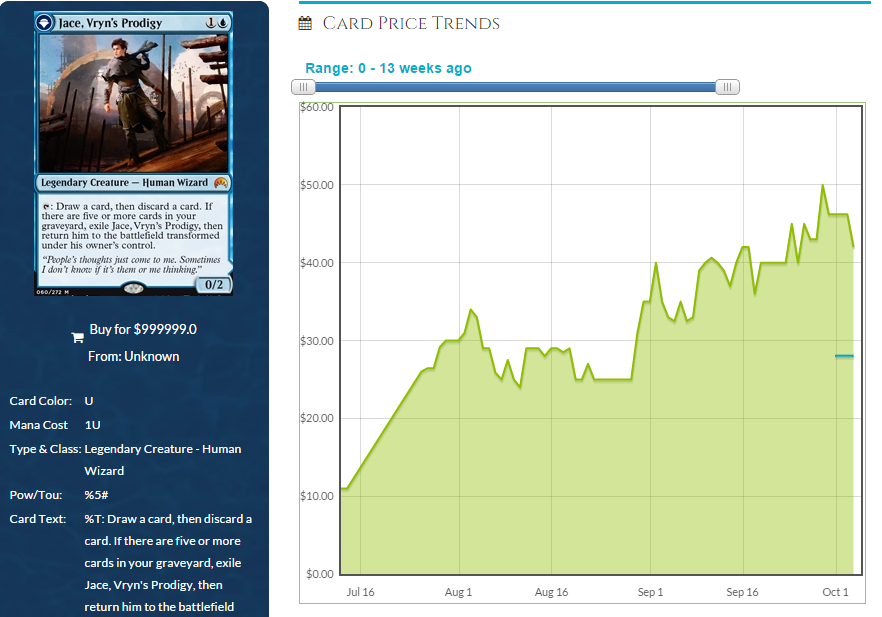 He’s pretty much been on a steady rise since he came out.  The small divets in his price are mostly due to small supply gluts. 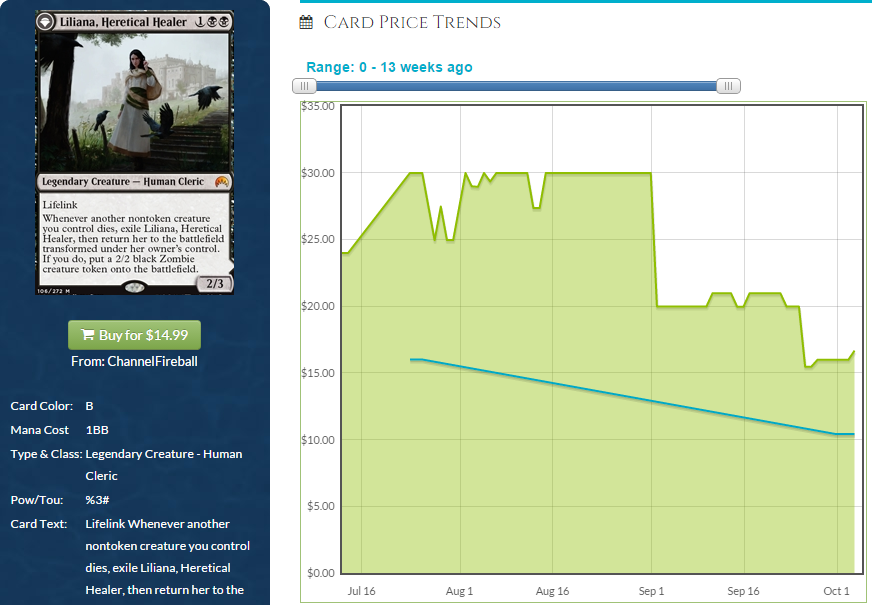 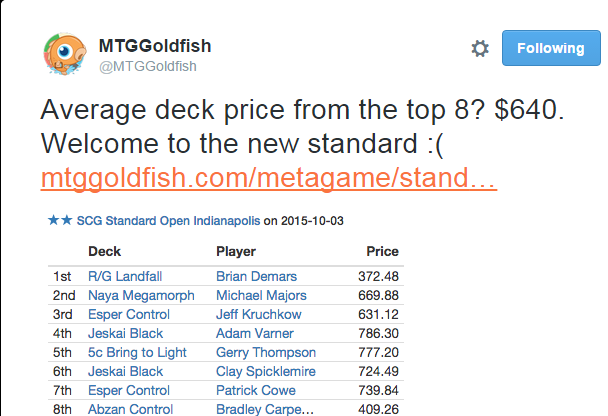 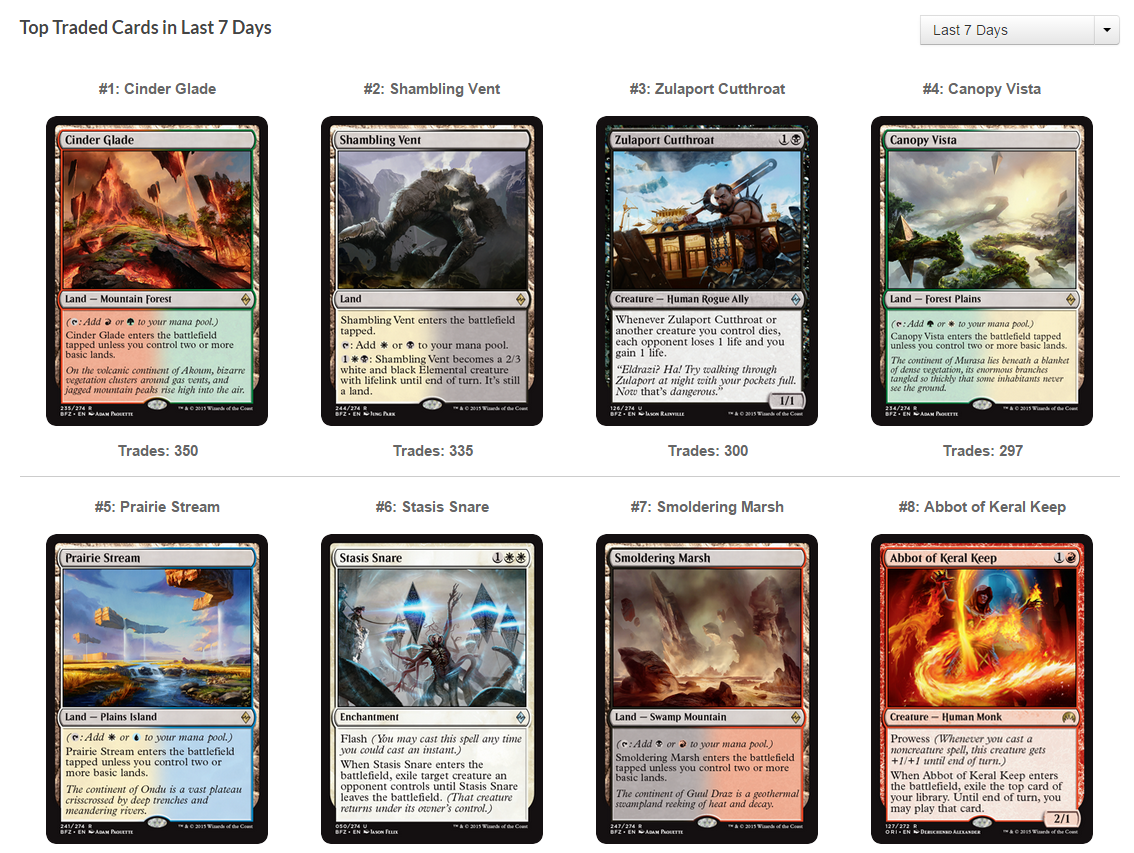 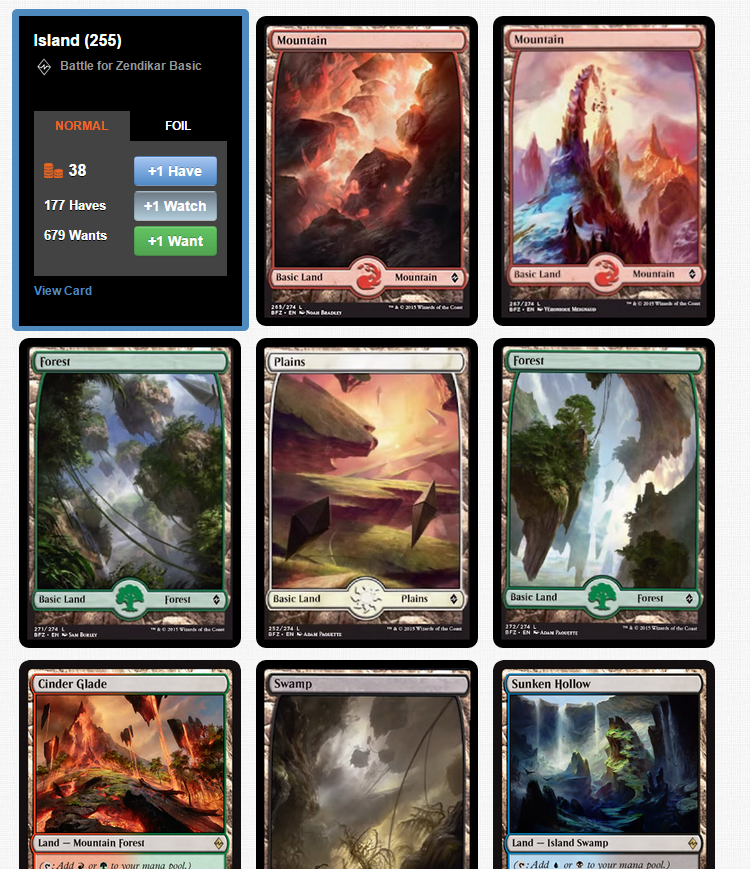