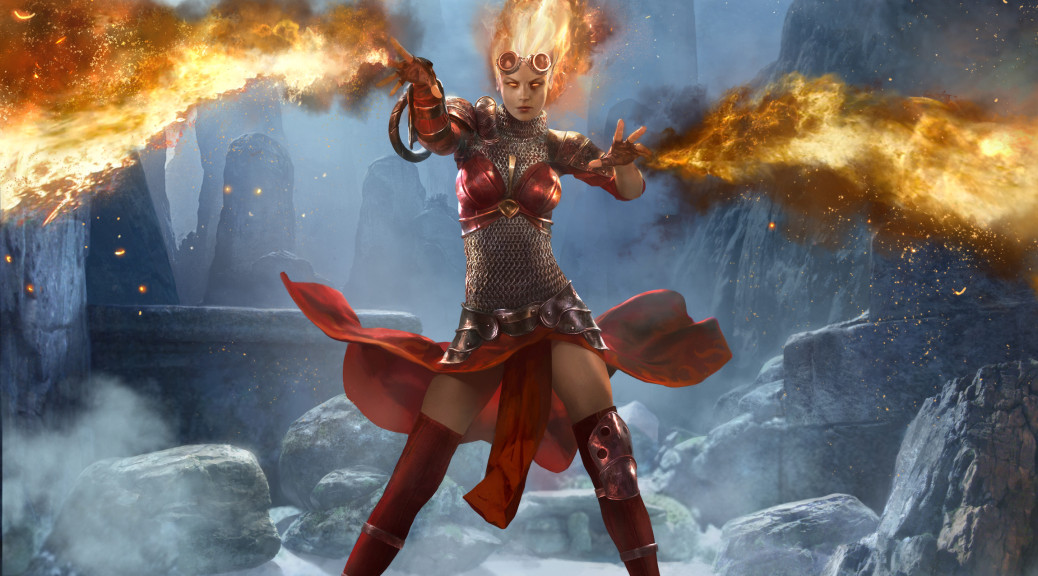 Oath of the Gatewatch has been out for a while now and the prices have started to stabilize.

Well, mostly, anyway. Right now, Oath has a surprising amount of value, both because it’s a new set and because the Modern Pro Tour just spiked a bunch of the rares from this set.

With 42 rares and 12 mythics, I want to look at where I think prices will settle out. Already, only a dozen cards have a Fair Trade Price at above a booster pack’s MSRP of $4, and there’s a lot of room for them to fall.

As ever, my goal is to pick out the cards that will bottom out when the season of drafting Oath–Oath–Battle for Zendikar ends, and that will have about 15 months of being Standard legal still in front of it, excellent time for it to go back up in price.

Nissa, Voice of Zendikar ($13): Nissa hasn’t made any waves yet and that’s what we want right now. Commander players have mostly picked up their copies at this point and now we are going to let the market drive her price down gradually. I’m hoping she gets to about $7 before Shadows of Innistrad comes out, as that represents a very safe price for a three-mana, steady-advantage planeswalker who still has more than a year of being Standard legal.

For Nissa, everything is going to depend on the current meta. Right now, she’s not very good, and that should hold through April, pushing her price down as Oath packs get cracked in search of more Eldrazi.

Kalitas, Traitor of Ghet ($20): Maybe, just maybe, his price drops to $15 as more and more packs get opened. Aside from being just a strong, good, powerful card, he’s got very relevant text against decks like Rally, who want to use the graveyard as a resource. This ability seems like it will be even more relevant when Shadows Over Innistrad arrives, and I had been hoping to pick him up about $10. As it is, though, I don’t think he will fall much farther before Oath season ends.

Kozilek, the Great Distortion ($14): The headliner of the set, this Kozilek is actually better than the original, but is definitely harder to cast. The double-colorless restriction is not as bad in Commander, where Sol Ring continues to reign supreme, but it’s got the potential to draw you more than four cards and offers some ability to protect himself with the counterspell ability. I will be surprised if he goes much further down, unlikely to even make it to $10. I do not think he’s going to see Tron play, as those decks had a chance at a guaranteed four cards and passed it up. So only casual demand, or unforeseen Standard play, is going to raise this price.

Chandra, Flamecaller ($11): I think this is about the perfect price for her, considering she’s already seeing a small amount of play. She will never be a four-of, and getting in at this price will at least be stable. I won’t be shocked if she creeps up to $15 in nine months or so.

World Breaker ($10): I didn’t think this would be this high at all! It’s seven mana, for a big reachy body, that exiles instead of destroys. It’s being played as a four-of in some of the new Ramp decks, and that’s fun, but I don’t think the long-term potential is there. This is destined to be $5, at which point I’m still leery of the growth potential. Yes, it’s better than Acidic Slime in Cube, but it’s so expensive!

Mirrorpool ($6): This is better than you think it is. It is tricky to use but carries a relatively low cost, since it’s a land and not a spell. This is a card that most Commander decks would enjoy having, as long as there’s enough other sources of colorless mana. I expect this to get to $3 over time, and that’s when I’d like to have a few for the “Wait a couple of years” box.

Goblin Dark-Dwellers ($4): This is an intriguing card, even for being the buy-a-box promo. With every three-cost spell printed, this gets better and better. The easy uses involve removal spells (it’s already responsible for recasting many a Crackling Doom, for instance) but there’s more and more utility available as time goes on. I think that this has versatile potential, and I’m hoping this drops to $2. At that point, I’d want to pick up a dozen or so to set aside.

Stormchaser Mage ($2/$17 foil!): This card is getting a lot of buzz as a Monastery Swiftspear with evasion. It’s an uncommon from a small set and it’s quite possible that the price never goes lower. I’m not sold that it’s better than Young Pyromancer, but it’s going to get a crack at Modern or even Legacy play eventually. I’m not going to be aggressive about it right now, but it’s on my radar. Foils being at an 8x multiplier really sets off alarms to me, but without any results yet, it’s hard to say for sure that you should move in. I prefer to wait and get a little more data before buying the foils.

Sea Gate Wreckage ($2): I think this has further to fall, though it’ll never be bulk. It’s an amazing casual card, and while control decks never want to be empty-handed, there are plenty of other decks that will happily dump their hand in order to enable extra cards. When it gets to $1, I’m going to move in on more than a few copies. The foil is currently at $9, indicating the casual appeal is quite strong.

Ruins of Oran-Rief ($.50): If this didn’t enter tapped, It would likely be in Affinity decks. As it is, I love this as a bulk card going forward for the casual player. It’s not going to light the world on fire, but it’s steady advantage and upgrades everything in an artifact deck or a Devoid deck. It might end up in the quarter bin or even the bulk box, but even at fifty cents I like having a few.

6 thoughts on “Price Targets for Oath of the Gatewatch”