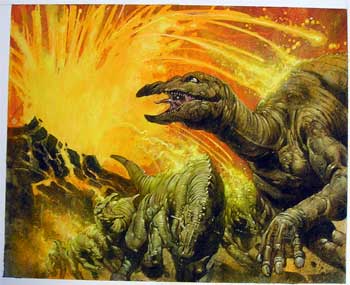 Today’s piece is the second half of a set review that started here. In the previous installment we covered all the rare Lands, Artifacts, blue, and black cards. Today we are covering Green, Red, and White. The results are actually better than you would expect!

We are gonna start off with some quick acknowledgments:

Antagonism: This card isn’t pushed enough to be punishing in EDH. Compare this to something like Stranglehold to get an idea of the bar it needs to clear.

Bedlam: Another instance of “printed only in Saga and 7th”. This card is actually surprisingly good, as it can represent an instant kill (assuming you have already done the hard work of getting an army in place), and can break up a lot of the gridlock in multiplayer games. As an enchantment this card is hard to get rid of, and can always be sacced and brought back with something like Starfield of Nyx. Foils are only available in the more questionable 7th Ed art, but those are somehow only $4. An interesting long-term target.

Brand: I know there are functions for this card, but it’s ultimately too narrow to have a financial impact.

Bulwark: Another red enchantment that is way too fair and not impactful enough even with the potential of multiple “triggers”. How many turns of this doing little to no damage are needed before this is good enough to be worth five mana and a slot in your deck?

Crater Hellion: Sold out on SCG, but two semi-recent printings (none available in foil) really do a lot in terms of limiting upside. Not sure whether these are sold out as an indicator of demand, or just because nobody has bothered to upload more.

BRIEF ASIDE: One of the reasons why I make sure to note that a card is sold out on StarCityGames is because SCG is on a whole other level in terms of “visibility”. There are people out there who don’t know about TCGPlayer, Cool Stuff, CardKingdom, whoever- but they know SCG. It’s not always reflective of price or any other type of factor, but it is certainly a tribute to their ability to promote to all levels of the Magic-playing populace, even outside of the more enfranchised spheres.

Electryte: Cute, but not good enough to be played anywhere. Also possibly the name of a pokemon.

Fault Line: An instant speed Earthquake for just an extra R. I’d play this in Commander for sure, although there is a long list of red X spells that are as good as this or better. How often if ever is this better than Bonfire of the Damned?

Gamble: A Legacy staple that has no chance of ever fitting into modern design/development philosophy. Unlike some of the other cards we’ve liked so far (Lifeline, Yawgmoth’s Will, Tolarian Academy, etc), this is NOT on the Reserve List. According to PucaTrade, there is a little over one copy traded per week, which is actually better than I expected.

Lightning Dragon: The prerelease promo is $8 because it’s a promotional foil copy of a dragon, but the set version doesn’t have any draw in 2016. Our bad dragons now are so much better than our borderline ones were back then.

Okk: Pairs well with Jotun Grunt in the worst Zoo deck ever. At least this one gets cast off of Burning-Tree Emissary.

Scoria Wurm: five mana for a bad 7/7 is not as flashy as it used to be.

Shivan Hellkite: The foil version from Tenth is worth a look. This is the kind of card I always liked pairing with Death Pits of Rath back in the day.

Sneak Attack: Another red Legacy staple that is not on the Reserve List. Honestly, I could see Gamble and/or Sneak Attack in a future commander product, since they are played in multiple formats and styles of archetypes.

Sulfuric Vapors: Another card that just doesn’t do enough. Also, why is every red rare an enchantment that costs 4?

Wildfire: A good card that has too many other printings.

Abundance: This card doesn’t technically win you games, but it does a lot to help you not lose games. I love the old frame and the way it makes this art look, but the Tenth Edition version is a little bit cleaner and easier to read. The foil is $30+, so there is room for the non-foils to creep up. Demand is likely only for commander, which means one copy is enough for most players.

Argothian Enchantress: The Enchantress archetype isn’t as much of a thing now as it has been in the past, but this card is often a 4x staple. I wouldn’t be aggressive in acquiring these, as Enchantress isn’t likely to surge in popularity anytime soon, but don’t pass up on a deal as these have pedigree.

Child of Gaea: There are too many other better Elementals.

Citanul Centaurs: This looks like a character that would be voiced by H Jon Benjamin. Hopefully that makes it into the Magic movie.

Citanul Hierophants: probably one of the fairest ways to generate a lot of mana in your deck. This propels you into the late game, but it doesn’t do anything else when you get there.

Exploration: Conspiracy did a lot of damage here, especially in terms of introducing foils. I love this art a lot, though.

Greater Good: This is probably the ideal green EDH enchantment. I was high on it years ago, but I don’t think I ever expected it to get as high as it is. I don’t know how many reprint outlets it has these days, and all of the printings are pretty old by now. Buy them if you need them, and pick up any deals if you see them. I don’t think these will get much cheaper, although a commander reprint will likely torpedo non-foil prices.

Greener Pastures: This card would probably cost G if it was designed today.

Hidden Predators: I feel slightly bad about Hidden Herd being rated poorly, but I don’t feel nearly as bad about bashing this. A total trap.

Hidden Stag: The worst of this cycle. The weird part is that the “hidden” aspect here is worse with the advent of Abrupt Decay.

Midsummer Revel: More junk. There are a lot of junk rares in this set, which discourages me from buying packs of this set.

Vernal Bloom: 7th and 8th foils are at ten, but these are certainly the most appealing non-foils. I think the foil versions are probably a little low, especially for 7th.

Angelic Chorus: Probably about right at $4. The foils from Tenth are probably underpriced at $15 looking at Abundance and some of the other cards we’ve discussed in this series.

Catastrophe: Another really good card in multiplayer that is probably close to correct in price.

Faith Healer: An interesting element that could surge alongside things like Starfield of Nyx. Definitely a long shot, and probably only good in niche, pet archetypes.

Glorious Anthem: Too many printings and not enough application to see any price movement here now.

Herald of Serra: Like Lightning Dragon, this is an under-costed version of an old card that is just not really good enough in the formats its allowed to play in. Pass.

Intrepid Hero: An underrated EDH card. Also, in this art the hero looks like a King of the Hill character. 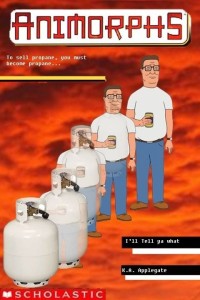 Opal Archangel: Not even close.

Opal Titan: closer than Archangel, but still on the outside looking in. 2WW is a tough club to break into.

Pariah: Foils from 7th and Tenth are pretty high, which is interesting because this card seems relatively underpowered. I think demand is probably non-existent, so I would just make a note to snag foils if you see them underpriced.

Planar Birth: I love lands in graveyards more than most people, and I have no use for this card. Hard pass.

Remembrance: This card suffers by being useless in the format that would be most inclined to playing it. Too much mana anywhere else.

Serra Avatar: This was a card that was once a huge casual favorite, and now has too many printings and too much competition to be worth anything.

Serra’s Liturgy: I regret promising to do EVERY rare.

Worship: This actually spiked pretty recently, because unlike most of this set it has application in Modern. I don’t think it’s really playable, but I think it’s probably a big enough casual favorite that the new price of $10ish isn’t too high to slide dramatically. The “spike” was more realistically a price adjustment, because these were basically free for a long time, despite being a life-long member in the “Underworld Dreams Club of Cards Casuals Like”.

Thanks for reading! That was definitely harder to get through than I expected. I’ll see you next week!

UPDATE!!!! So the announcement of Eternal Masters doesn’t change my impressions of these cards in terms of playability, because the set doesn’t sound like it is introducing any new pieces. However, the potential for a new reprint pipeline does mean that any card that is expensive just because it is older and hard to find is likely to tank. If this set drives demand for Legacy or a yet-to-be-announced new constructed format, then it’s likely that early-identified staples actually go up in price (Force of Will, Wasteland). The safest play in terms of respecting all of the options is to target the niches- all of those 7th Edition EDH foils that we talked about, as well as waiting to see what cards don’t make the cut. EM1 can’t reprint EVERYTHING, and I expect this first version to include some casual/EDH staples (my best  guess? Greater Good) to try and hedge the audience appeal. Also, there seems to already be a run on Reserve List cards (including Great Whale, which we discussed last week), but this is reactionary action that is likely to burn quite a few people. Avoid it as you would The Noid.