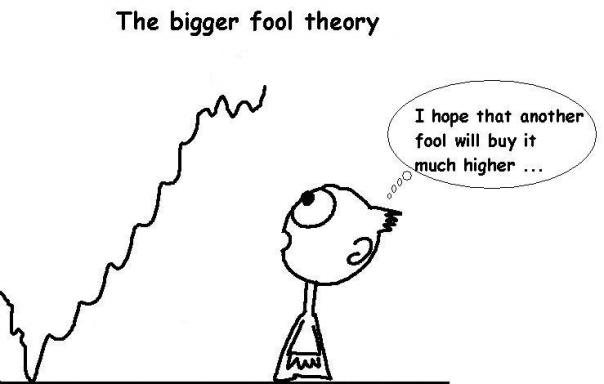 A recent discussion about the stock market with a friend last week catalyzed some relevant MTG finance thoughts to flow through my mind. The friend asked me about a stock that he regretted not purchasing, after watching the ensuing outperformance of the equity. He was disgruntled for not trusting his own instincts. I tried my best to alleviate his distress by pointing out how a missed opportunity to profit is certainly not the same as an incurred loss.

Shortly after our chat I was faced with a paralleled emotion in the world of Magic, and I almost made the same reckless mistake I cautioned my friend to avoid on Wall Street. The card that triggered this reaction of mine is Scout’s Warning. Ever heard of it? Don’t worry if you haven’t – I never had either until someone mentioned it to me. 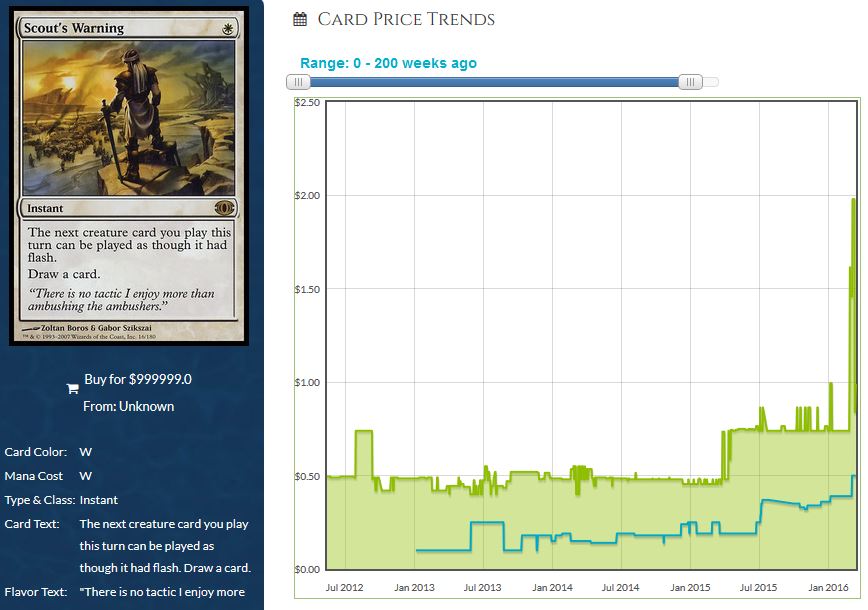 Apparently the scout assigned to alert me to random buy-outs was not on duty last week because I received no warning about the card’s movement. TCG Player sold out completely, and I could find only a few lingering copies on the oft-forgotten website Cardshark.com. In reaction to the movement, I scrambled to add about a dozen copies of the card to my shopping cart. But before I clicked “Complete Purchase” I hesitated just a moment.

12 thoughts on “PROTRADER: Avoiding Hype with No Substance”