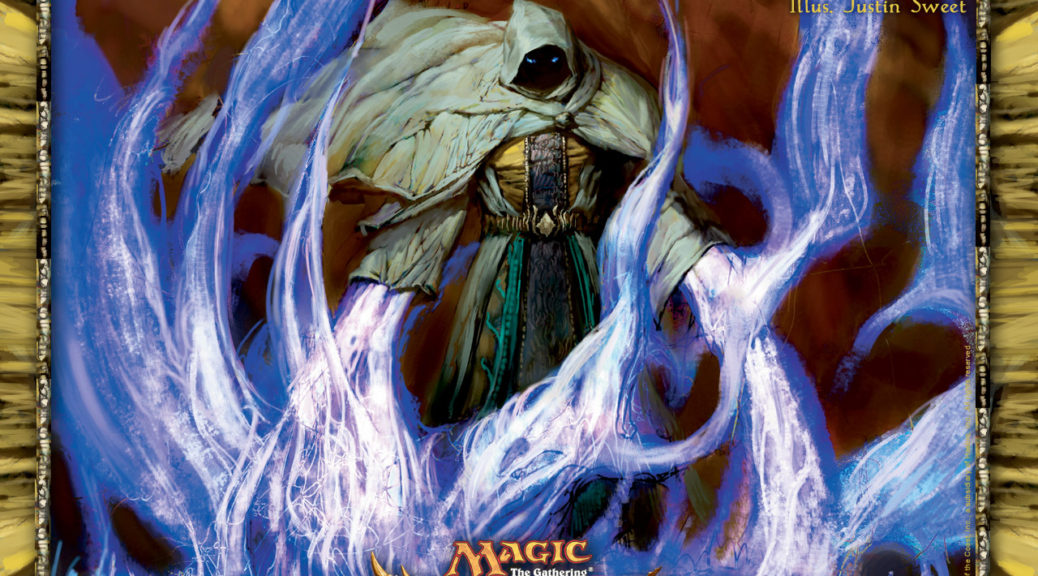 Today we are going to talk about Standard. Not entirely focusing on this particular format (as in, the current Standard environment), but rather the structural mechanics that keep the system moving. Standard is worth discussing, even if you don’t play it, for these reasons, because they are the essential underpinning of the majority of Magic Finance’s activity.

Standard, unlike all other formats (currently), has a bottom in rotation. Once cards rotate out, the majority of them become devalued due to lack of demand and larger application. This is even often the case with format-defining cards like Thragtusk and Boros Reckoner. The trade-off, however, is that Standard is the de facto constructed format, and the overwhelming majority of constructed events are Standard. Subsequently, there is always a high amount of content generated on Standard (even during times when the format itself is less than healthy), which both helps feed and generate demand. From a tournament organizer perspective, I can tell you that it is infinitely safer to guarantee attendance to a Standard event than any other format.

Of course, you probably knew all of this already.

Let’s start by defining and identifying some key markers in Standard, and then evaluate what they mean for the format as a whole.

Critical Mass: A concept that gets mentioned primarily during deck-building process is critical mass. This is the idea of having a threshold quantity of cards that do either the same or very similar things. In current Standard, I would say that we have a critical mass of white 2/1s, a la Dragon Hunter, Kytheon, Hero of Akros, and Expedition Envoy. Now, while these cards themselves do not comprise the entirety of an archetype, they do strongly enable the White Weenie strategy by ensuring one or more copies in a statistically significant percentage of opening hands. The magic number for “must have” effects in deck construction is 8.51, and having 12 allows you to play the full set of the two best, and then enough of the rest to suit your needs. Knowing what your critical mass effects are give you an early indicator of what archetypes are likely to be viable in the low-information period that is a new format. The interesting part is that the critical mass pieces are not always the gainer in that situation- rather, cards like Always Watching and Gideon, Ally of Zendikar are the financial winners because they push the strategy over the top (while conveniently representing a critical mass of playable “Anthem” effects).

Bottlenecks: This is not really the opposite of a critical mass, but it’s kind of similar? Bottlenecks represent obstacles that define the format. I mentioned these briefly a couple weeks back, but I think it bears repeating here. Bottlenecks, both literally and metaphorically, represent elements that restrict the flow and development of the game. The most important of these is the de facto Wrath of God effect of the format, which helps regulate the tempo of an environment and dictates the pace with which aggressive strategies must operate. The current best Wrath variant is Languish, which, while conditional, lands fast enough and kills such a significant percentage of the playable creatures in the format, that it gets the nod. It’s worth mentioning that Black is also currently the best removal color (in having access to things like Ultimate Price, Ruinous Path, etc).

Knowing where your bottlenecks are, specifically the bar for Wrath effects, has a lot of secondary effects. Valuing effects like Haste (which, to be fair, is always really good) and Indestructible is colored by the point at which all of your other stuff goes bye-bye, as well as things like toughness relative to things like Languish.

Many of the control strategies from PT:SOI leaned heavily on Languish, meaning that it is overperforming relative to its cousins. Planar Outburst, which was the second-most played such effect, was considered by many to be too difficult to cast reliably, both because it was WW and because it was at five and not four. Given that we have a year with Planar Outburst and only six months with Languish, it’s worth wondering if Planar Outburst will fill a sufficient amount of Languish’s market share come rotation- the need for that effect will always be there, and Planar Outburst is our current second best option. With Languish currently around $9 and Planar Outburst below $1, there is a demonstrable gap in price that is only explained by current viability. If Planar Outburst steps into the role of “best Wrath effect” as Languish rotates (and BFZ stops getting printed!), then it’s not crazy to think that the card could climb to $4-$5 range (conservatively half of Languish’s price since it’s coming from a much larger and more popular set, but still an impressive gain). This is all assuming, of course, that the next Fall set does not have a wrath effect that is strictly better than Planar Outburst.

Identifying System Players: Remember earlier when I mentioned Thragtusk and Boros Reckoner? Those are cards that I have long referred to as Broodstars, but will now term “system players”. These are cards that only end up excelling in Standard (or even just a particular point in their total Standard lifetime), and don’t end up making the leap to Modern, Legacy, Cube, or Commander. One of the most easily quantifiable indicators of a system player is their mana cost- larger formats exert a higher degree of pressure on converted mana cost because the critical turn decreases as size increases. Standard is more forgiving than Modern, just as Modern is to Legacy, and Legacy to Vintage. While Vintage is not a “Turn 1 Kill” format as people often demonize it to be, you definitely have to have your crap together more quickly than in Standard.

The next characteristic is to pinpoint if a card is the “best available”- which works both positively and negatively. Reaver Drone is currently the best black turn one 2/1 in Standard, by virtue of being the ONLY black turn one 2/1. Once you look to Modern, however, Reaver Drone immediately becomes outclassed by cards like Gravecrawler, which is in (almost) all scenarios the better card. Conversely, if you NEED a B 2/1 for Standard, then Reaver Drone is your guy. This is how Heir of the Wilds ended up getting so much play, for what it’s worth.

Finally, is a card reacting to pressures or synergies unique to the current Standard environment? Thragtusk was very famously concepted as an “answer” to Vapor Snag, which in retrospect seems like bringing a Terminator T-800 to a knife fight.

Broodstar was best in the Affinity decks that existed prior to the printing of Arcbound Ravager, and almost immediately invalidated after the release of Darksteel. Great Sable Stag, probably the best of the misfit toys that we’ve mentioned so far, is in many environments (especially ones with Lightning Bolt) just a Gnarled Mass (which some people will tell you is still a great card).

These cards are different, however, from narrow role-players. Things like Gideon, Ally of Zendikar and Nissa, Voice of Zendikar are not likely to have wide playability in formats like Modern (meaning that they see some amount in a large amount of decks), but they have a relatively unique ability that make a very specific deck better. An example here is something like Death Cloud or Smallpox– they don’t fit into a very wide spectrum of decks, but there are no other comparable effects (at a viable rate, at least- sorry, Undercity Plague!), so they have a baseline value buoyed by being the best at that very narrow role they serve. It’s the difference, for those who can grok it, between a guy who only excelled in college Spread offenses (TEBOWTEBOWTEBOW) versus a guy who only comes in on third downs to just try and rush the QB. One serves a valuable, but very small and clearly defined, role, the other is on the SEC Network now.

So who are our current Standard system players?

Chandra, Flamecaller: I think this card has some life left in Standard, and I could see her price increasing over the summer, but rotation is going to crater the price. You know how sometimes when you are buying a card that you really need for a deck, but aren’t sure if that twenty bucks or whatever is going to really be worth it in the long run? Yeah, you better win the tournament.

Archangel Avacyn: This card is probably overrated in Standard right now, to say nothing of older formats where 3WW is a VERY big ask. She also benefits from Standard being the format where you can play a bunch of creatures that don’t also backdoor into a combo kill.

Tireless Tracker: This is both a better and more fair Knight of the Reliquary, except that Knight is big on the spot in late games AND can be gotten back by Reveillark (this matters to nobody except a small contingent of crazy people).

Dromoka’s Command: I will never give up on this card, but the rest of you will. For shame.

Kalitas, Traitor of Ghet: Another card that feels built to handle specifically this Standard format, and not the larger and more diverse threats of a wide environment like Modern. Again, that doesn’t mean that this card won’t help define Standard for a while, but be aware that the carriage WILL turn into a pumpkin again. Also, this:

That’s all for this week- Nahiri, the Harbinger is starting to spike as we speak, so hopefully you got into yours already. It’s a card that we’ve been discussing a lot here and on the forums, so make sure that you keep your ears to the ground on what’s coming next. Also, the hype behind Nahiri isn’t JUST coming from Standard- there is word that she may (in concert with Emrakul, the Aeons Torn) be the best thing to be doing in Modern. What cards and colors fit around that combination? Tell me your thoughts, and lets try and piece this beast together. Thanks as always for reading!

1In high school, I did a huge math project on Magic, including teaching myself Hypergeometric Distribution in order to evaluate win percentages and keepable opening hand math. Given that I was neither a good student nor a very good Magic player at the time, some of the results may skewed (one of the decks I submitted for testing included the awesome-in-my-mind combo of Natural Affinity + Eradicate, which was a seven mana mostly one-sided Armageddon). I do not have the project saved anywhere to my knowledge, although I do remember that having 8 of a significant effect (Birds of Paradise + Llanowar Elves) equated to a statistically safe amount of opening hands (over 80%).

2 thoughts on “PROTRADER: Standardize (Not the Onslaught One)”