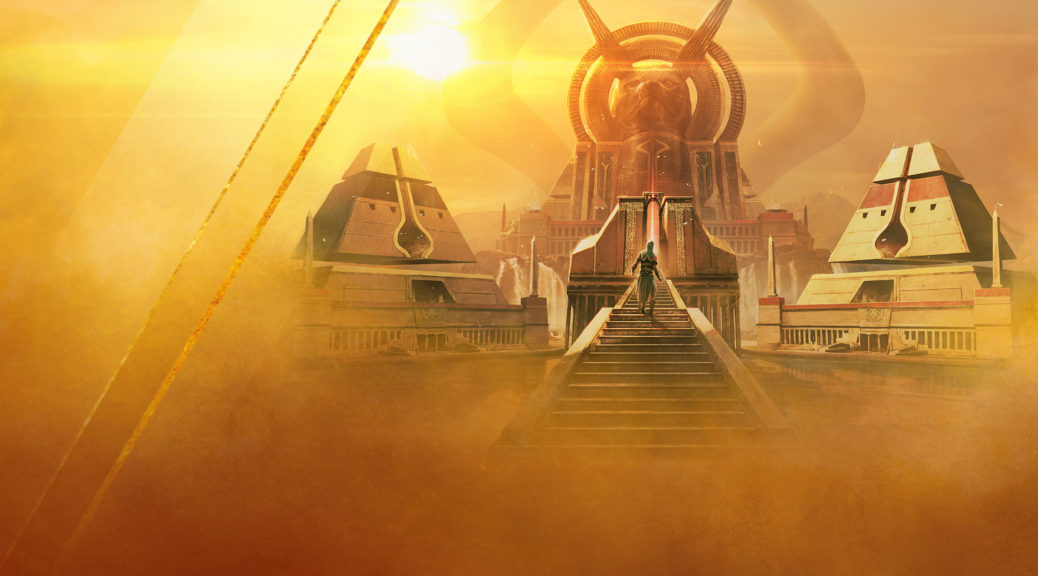 Before we get too deep into today’s topic, I want to briefly touch on some of the more intellectually-scintillating and nuanced response I had immediately following yesterday’s “Announcement Day”:

I am really excited about Egypt World.

Coming off of a year of story-driven retread planes, it is exciting to have two extremely evocative and unique worlds that everyone will be exploring for the first time at the same time. I think one of the hidden traps for more enfranchised players going into a returning plane is that the focus goes largely towards things like “what reprints are we getting?”, “how will the draft format compare?”, and “what related mechanics could appear?”. I don’t know anything about Kaladesh or Amonkhet going into them, and that is such a cool feeling.

Also, from a flavor standpoint, WotC’s progression of “Scary Halloween world” into “Steampunk Indian World” into “Egypt World” makes me wonder if they are just going down a checklist of Gauntlet: Dark Legacy levels. This is in no way a complaint.

I could talk about this kind of stuff all day, but we really do have some other stuff to get to, and it’s jumping off of the ProTrader Forums supplement that went up last week. If you aren’t checking the forums, make sure to change that- and if you are somehow not a ProTrader, definitely start subscribing.

Last weekend was a triple Modern GP weekend, and the results are very promising. Three different archetypes won, and there were about twenty different decks represented in the combined Top 8s (Top 24?). From a broad player perspective, this is appealing in that it creates a sense of opportunity. Although it is often preferable to Spikes to know that there is one clear deck to beat, that creates a feeling of exclusivity to less dedicated players that drives them away from participating in events. If Modern was JUST Burn or JUST Infect1, the interest in the format for players who don’t own the Burn or Infect decks and/or who are not confident in their ability to beat them will dissipate. If a wide variety of players feel like they can play Modern without being laughed out of the room, then more people will be inclined to play Modern.

On the finance side, we want as many people playing Modern as the room can hold, ESPECIALLY the ones playing more fringe/casual decks. WotC’s commitment to ramping up supplemental products and reprints is going to put an end to the “Wild West” phase of Modern’s life cycle within a couple of years- don’t expect the days of wild price spikes and buyouts to last forever2. While I doubt Liliana of the Veil and Tarmogoyf will ever be “cheap”, I do think that a significant amount of the format will become more accessible to a larger percentage of players. If Modern is a format where most of the cards are $8-$20, with a few $50-100 cards, then I think we see a format with more churn in terms of singles sales. This is good in the sense that people will be more likely to experiment and build multiple decks, rather than struggle to trade up into one list and then sit on it. A higher transaction rate is probably better for stores than a high singles rate, just because it gives more opportunities to build on those transactions (If one player spends $100 on singles and you upsell them on sleeves or packs, you’ve added $X to that one sale. If ten players spend $10 on singles, you are adding $X to ten sales!).

The exceptions in a new, “fixed” Modern card economy are going to be the true development outliers. Now, this exercise is going to be imperfect, but let’s look at some of the types of things that will be harder to get reprinted.

Did I miss any major categories? Let me know. To close, here’s the Modern list I’m playing in an upcoming SCG Open. Special thanks to Carlos Sousa for helping me get the last missing cards.

If you’re looking for a deck that leaves you with plenty of time to cruise vendor booths and still maybe win the actual tournament, give it a try!

1I have said in the past that Modern IS essentially just Burn and Infect, but more on that later.

2Except for formats where the Reserve List is still a factor. All of those cards will spike eventually.

3Not to be confused with the Greendale Seven.

4Really, pretty much every Legendary creature fits in the same category as planeswalkers, although they have the additional benefit of maybe sneaking into a Commander product?

One thought on “PROTRADER: Reprinting Modern”