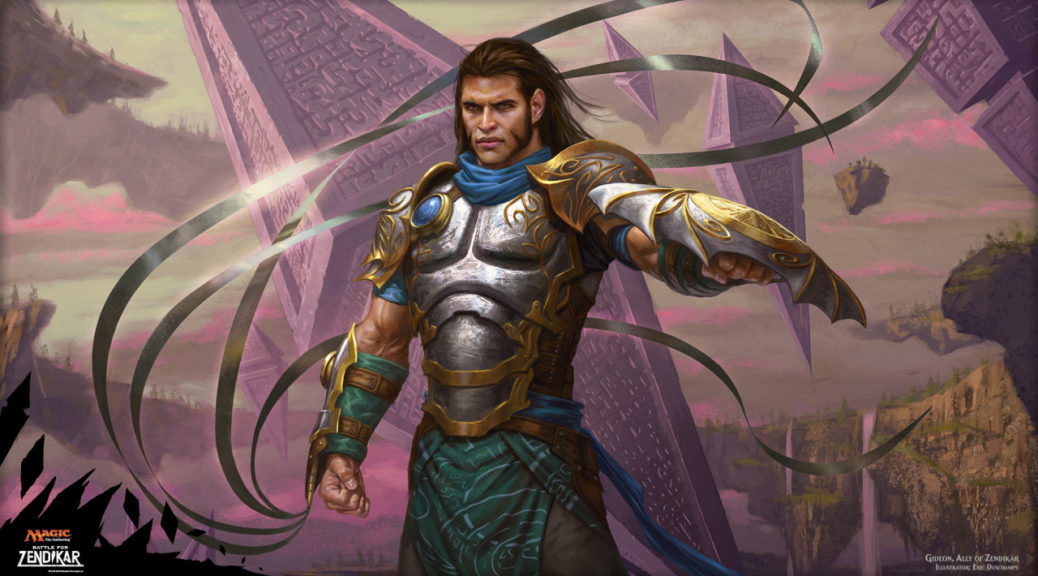 Oh, what a good day this is. We’ve had a few weeks since the announcement that Standard is back to one rotation per year, and I couldn’t be more excited.

It’s not exactly the same as it was, and that’s going to be an issue going forward. Shadows over Innistrad and Eldritch Moon are going to rotate at the same time as Battle for Zendikar and Oath of the Gatewatch. My tendency is to assume that things are the same as they were, and that’s not the case. Rotation is not equal, some are 18 months and some are 24 months.

When the change was announced, there was a big winner: Gideon, Ally of Zendikar. 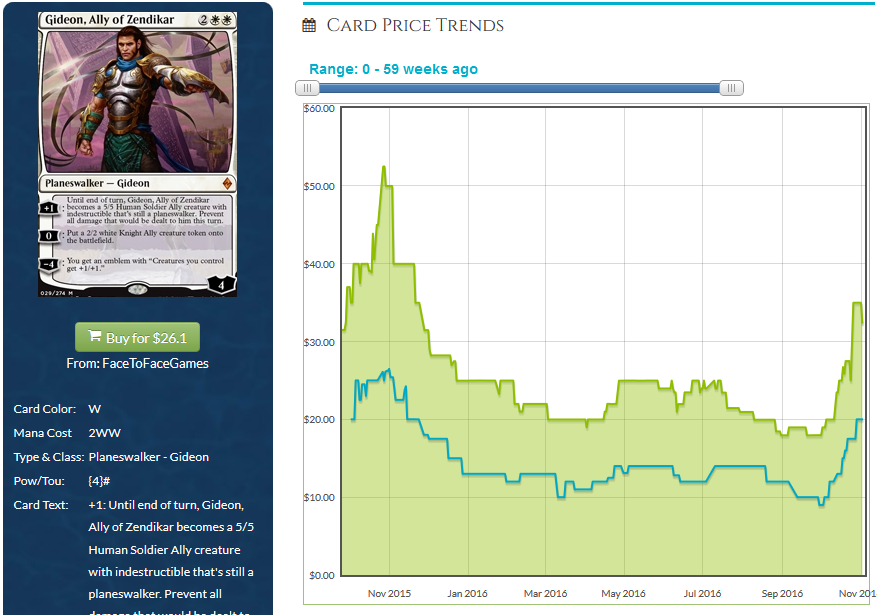 Gideon’s gained more than $10 since then, and I love seeing this curve come back. About a year after a card came out, there would be something to happen to trigger demand on the card, and here we are, seeing that increase in demand.

The increase in time really benefits Battle for Zendikar and Oath of the Gatewatch, which gained six months. So today I want to look at some cards from those sets which have some potential and can give us some strong gains. One of the things I really look for is a low buy-in price. If I’m not spending much, that means I’m at a low risk of losing value if these speculative picks don’t pay off.

Regrettably, some of these won’t pay but the ones that do are really going to make me look good and make my wallet happy.

Part the Waterveil – $3.64 – Every kooky blue deck tends to play this as a finisher. Chaining them together is generally good enough, but I think there’s going to be a Metallurgic Summoning deck eventually, and this is going to be the top end of that deck. If nothing else, it’s an extra turns card, and those have proven to have some long-term casual appeal. With the exception of Temporal Trespass, at least.

Ob Nixilis, Reignited – $4.58 – I don’t care that it’s a Duel Deck card. It’s got room to grow. It’s incredibly effective at any point in the game, it’s powerful, and it’s still got nearly a year to make a splash. People are resisting it, but remember how well it did at the Pro Tour.

Ruinous Path – $1.74 – Black decks have all the removal. Being able to spend mana and solve a problem on the board is incredibly powerful. I’ve touted this card before and while it’s not as good as Hero’s Downfall, it’s one of the best solutions to problems on the board. To the Slaughter has popped up in decks, and this is better by far.

Linvala, the Preserver – $2.42 – This small-set mythic isn’t going to be a four-of, but if Panharmonicon decks really take off, this would be a super fun addition, capable of three creatures and ten life! It’s good in control decks, as a top end and a card that can take a game you’re losing and turn it into a game you win.

Thought-Knot Seer – $5.85 – We haven’t been lacking for colorless lands, and with Aether Hub being one of the most popular lands around, colorless mana is going to remain a useful thing. Thought-Knot is one of the most powerful things you can do with this mana, and as a popular card in Modern, there’s a lot of value to be had still.

Chandra, Flamecaller – $7.04 – Don’t forget, there was a time that she was $35! She’s got the perfect first curve, as she was adopted initially. She has a problem where she doesn’t play well with the newer Chandra, Torch of Defiance, but that card is dropping fast and I think there’s good room for growth with the big-sister version. Imagine that at Pro Tour Aether Revolt, there’s a red deck that tops out at three of these. A double-up to $15 is the low end.

Eldrazi Mimic – $.91 – I have some high, high hopes for this card in the Metalwork Colossus decks. Barring that, as I’ve written before, I am optimistic about the Eternal potential of this card.

One thought on “The Return of the Curve”