Oh do I love this time of year. It’s a lull, mostly, but I’m a big believer in buying yourself at least one present each year. Doesn’t have to be big. Just needs to be something you want…and probably something that someone else isn’t going to get you.

In other words…oh, have a meme. 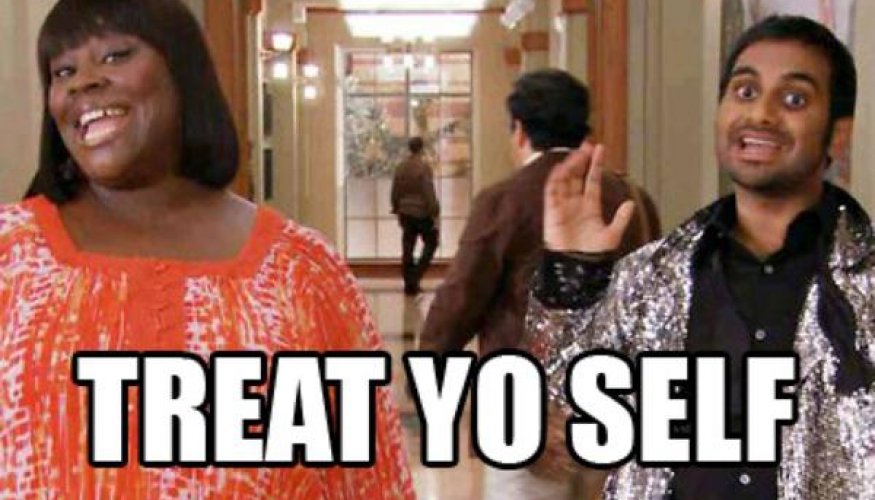 I bought myself a card I’ve been craving for a couple of years now, a Liliana of the Dark Realms, SDCC version. Why? Because I’m silly and eBay has been good to me. I am awesome and I deserve it.

But you’re here to hear about other things you should be buying, and I’m here to oblige you.

I’ve promised myself that I am not going to get in on the speculation train when it comes to the other 23 cards that are going to get the Invention treatment. I’ve completely given up on that stuff (aside from the other Swords. That’s just a given.) and I won’t do it.

What I will do is get in on anyone who is letting Inventions and Expeditions go right now. Supply just got the smallest boost thanks to the Standard Showdowns, and people are overreacting for some of the most chase versions of cards. It’s a buyer’s market, and act accordingly. Ebay has some good deals, as do some of the bigger sites, and if you see them pop up on Twitter or Facebook, move in.

The little one-drop that could, I love this card for a lot of reasons, not least of which is that it’s around for six months longer than they planned for. That means untested interactions, overlooked combos, and a price that could hop nicely. I’m eyeing Standard here, as he doesn’t seem good enough for Modern.

The foils are terribly intriguing at sub-$4, because it’s a really great member of an iconic tribe. Being able to draw with him in a Commander deck is sweet, so I’m with you if you snag some shiny copies.

It hasn’t been broken yet. But that doesn’t mean it won’t. It’s harder to break, as it’s one-shot and then exiled, but the potential is there. We know how good this effect is, so we are just waiting for the deck to arrive. When it does, we want to have some copies ready for others who are following the leader.

Are you kidding me that this is down to $5-$6? It’s just too easy. Grab these. All of these. Don’t leave any behind. And then sit on them. You’re incubating value when you put these in the time capsule and don’t open it up for two years. It’ll get reprinted along the way, but almost certainly not in foil and that’s where we want to be. Lots of Commander players have the magpie’s eye for things that are shiny–including myself–and we want to feed that need.

It’s worth repeating: This is a busted Magic card. Unfair. Powerful. Warping decks and minds around it. I love picking up foils and nonfoils. Get crazy.

Heck yes do I love this at under $2. No one plays this in small amounts, it’s almost always the full set. It’s fallen out of favor because it doesn’t help out delirium the way Vessel of Nascency does, but this remains analogous to a green Ponder. It’s not as good, true, but it’s still quite strong. There’s also a case to be made for turn one this, turn two Oath of Ajani, turn three profit.

If nothing else, she should see a spike soon if Panharmonicon decks take off. There’s a lot of powerful interactions in that deck, but nothing catches you up like she does. I’m surprised that Eldritch Evolution isn’t seeing play in those decks yet, but I keep trying to find ways to make it work.

She’s a small-set mythic, at $2, part of one of the best and most-loved tribes in Magic. If nothing else, she carries very little risk. Enjoy!

2 thoughts on “What I’m buying pre-Christmas”