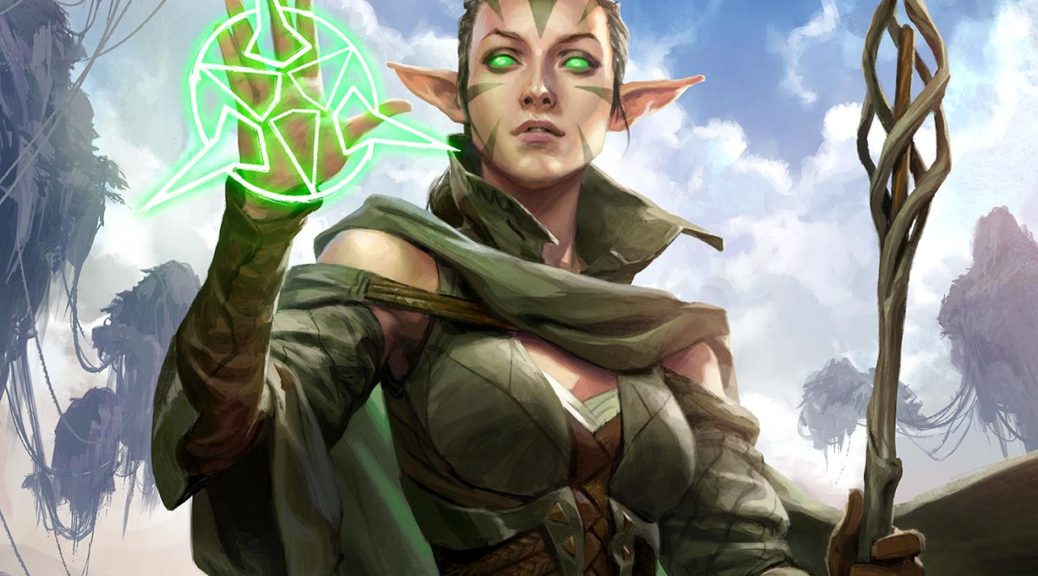 Aether Revolt’s official release weekend brought us the first SCG Open of the new Standard format, and it came out…cats blazing? The crazy cat lady combo that we all feared, that is Saheeli Rai and Felidar Guardian, showed up but didn’t dominate. It had a reasonable showing, with three in the top eight, but all lost in the quarterfinals. The top three decks of the event were various flavors of GB aggro, with a GW build rounding out the top four that’s likely to become hybridized with GB in the future. Looking through the top 64 and conversion rates, GB Aggro and Saheeli are two of the pillars, with Mardu Vehicles, GW Tokens, and a smattering of other strategies rounding things out.

Key cards in GB began spiking Saturday morning, and as of today, Walking Ballista is up well over $10. Verdurous Gearhulk doubled, and Rishkar, Peema Renegade is in the $5 range. The GB well is already pretty dry with these jumps, but remember that the first weekend of Standard is often not the same metagame as the Pro Tour.

GB Aggro was inarguably the success story of the weekend. As is often the case with GB decks, it’s a suite of efficient, flexible removal paired with creatures that provide excellent value. There were a variety of builds, though most contained the core of Verdurous Gearhulk, Walking Ballista, Winding Constrictor, and Rishkar, Peema Renegade. Verdurous and Ballista already spiked hard, Winding Constrictor is an uncommon, and Rishkar is up to $5 with perhaps a bit more life left in it.

Grim Flayer and Mindwrack Demon were also popping up, though not quite as frequently as the above cards. Given that this is the very first weekend, there’s likely a good amount of room for growth and evolution in the archetype. If the deck pushes towards leaning on delirium, Flayer and Mindwrack should play a part in those lists. Flayer is an intensely powerful two-drop that was heavily played last season and has been breaking into Modern Jund since release. Mindwrack Demon has been much quieter so far, but the power level is indisputable. A flying trample 4/5 for four is no joke. While the GB Aggro lists abused counters and had more explosive draws, the stronger late game and hard removal of the delirium lists may have the edge in time.

Grim Flayer is already over $15, so I’m not eager about him. (Though foil copies at $30 or so should still look good in the long run.) Mindwrack Demon copies are round about $2 so far. Heavy inclusion in a format pillar will begin pushing the SOI mythic upwards pretty quick. Remember that SOI is the only block in Standard to lack a Masterpiece series, which opens up the ceiling on cards from that set as well. Between Verdurous Gearhulk and Walking Ballista I’m not sure how high the price can reasonably get — I doubt we’ll see $20 Demons — but this could easily double or quintuple up from a buy-in of $2.

People that have been involved in this scene for awhile are all too familiar with the “the next Dark Confidant” cycle. Wizards prints a cheap black card, typically a creature, that draws cards. People flip out that it’s the next Dark Confidant. Prices rise considerably during pre-release season. The card utterly fails as a card possibly can. Everyone forgets about it while the guys selling the pre-orders laugh all the way to the bank. Dark Tutelage. Blood Scrivener. Pain Seer. Asylum Visitor. And now Glint-Sleeve Siphoner. Perhaps.

So far, Glint-Sleeve has actually managed more competitive success than any of her predecessors. There were four in the second place GB deck. She’s a bit slow to get going, as she can’t draw cards until turn four unless you played an energy producer on turn one. Still, she represents a lot of potential card drawing over the course of the game, with menace helping to generate energy and get in for damage here and there.

My biggest concern with Glint-Sleeve is how popular Walking Ballista is. There are at least two lines out of GB that kill it without costing a card on turn three; Ballista into Rishkar or Constrictor into Ballista. “Dies to removal” isn’t a valid argument for dismissing a creature, but a metagame being particularly hostile to X/1s is another story.

At $1.50 I’m not encouraging you to race out and buy these. After all, with the pedigree of False Confidants, that would be criminally negligent of me. Yet I bring your attention to it because it has already performed better than other iterations, and the price is low enough that if it somehow became A Thing, there would be some serious profit to be made. Who knows, maybe WotC will ban Walking Ballista with the new post-PT B&R update and Glint-Sleeve will explode.

Everyone with a heart loved Oath of Nissa when it was spoiled a year ago. So much so that I’m far from the only one to try and make it work in Modern. (I tried it in Mono-Green Nykthos.) It’s been popping up here and there in the format since release, usually in GW Tokens decks pre-Kaladesh with Nissa, Voice of Zendikar and Gideon, Ally of Zendikar. The deck had faded a bit after Kaladesh’s release, but GW Tokens is back in the metagame these days after the banning of Emrakul, the Promised End and an enabler in Rishkar was printed.

This weekend we saw a fair bit of GW Tokens pop up, with four Oaths a mainstay. That isn’t the end of the story though. The most popular Saheeli Rai build was four-color, with green the fourth color. The ol’ “splash green for mana fixing” plan is alive and well. Oath of Nissa’s other line of text, the one that doesn’t draw you a card, lets you cast Saheeli Rai with any color mana. Between that and Servant of the Conduit, I wonder how often Saheeli was cast without a blue or red source in play. Don’t forget you can also blink Oath with Felidar Guardian for a little extra card draw when necessary.

If we’ve got two major pillars in Standard playing Oath of Nissa, GW Tokens and 4c Saheeli, that bodes well for the playset in each archetype. Copies are well above the bulk rare price tag of $.50, and are instead in the $2.50 range. That means there’s an existing baseline of demand today, right now, without any extra pushing from Standard. As the card grows in popularity in Standard, there won’t be a surplus of bulk copies to burn through before prices climb. I doubt we’re looking at a $15 card here, but $6+ isn’t out of the question, especially if it’s a key component of two major strategies.