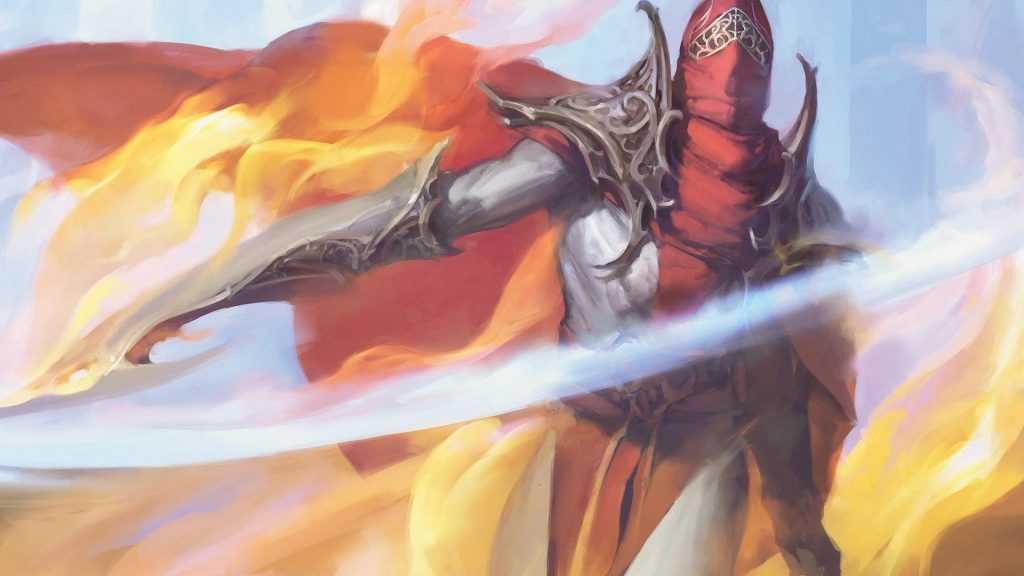 When a set comes out, it’s easy to say that everything is going to go down in price. And it will. I aggressively trade/sell/rid myself of cards early in a set’s life. 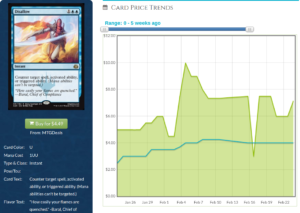 Playing this card in one of the rock-paper-scissors of this format means that it’s going to be pretty stable. The problem is that this deck is built around a two-card combo, and I’m not sure that the combo is going to survive until it rotates in the fall of 2018.

This card is an excellent control card, versatile enough to answer something that I thought was going to dominate Standard: an ultimate from Liliana, the Last Hope. It seems so easy to play her before counters are ready and protect her for a few turns, then let the Zombies take over. Disallow lets you not worry about that ultimate, or other problematic things.

Fatal Push – $5.51 – Here’s my hot take: This is going to go up. I think the foils are a steady bet to stay around $30 for some time, but the nonfoils are seeing a tremendous amount of play in a range of formats, and this promises to be heavily played for the next 18 months. You can get them on eBay for a touch under $4 if you get it by the playset, and I am expecting this to creep upward now that are in the final weeks of opening the set.

I’m picking these up as I can, and I’m expecting to out them in nine months or so. 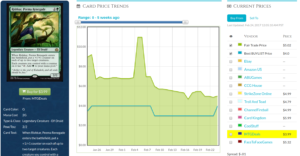