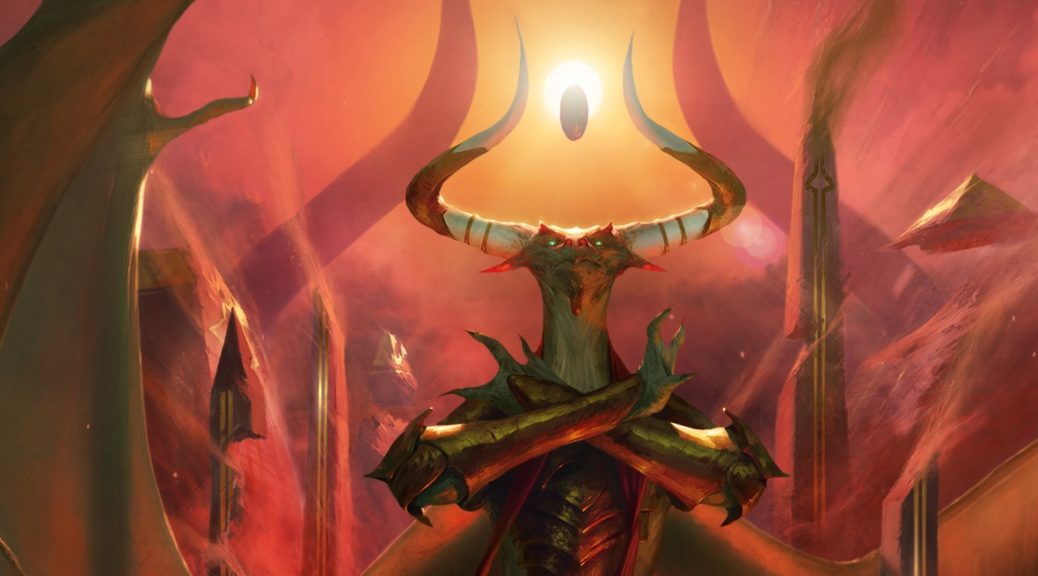 Hopefully you’ve read enough of what we write here to know that pre-ordering cards is usually a bad idea.  Cards are overhyped and usually very overpriced, but there’s something kind of unusual going on with Hour of Devastation: The preorder prices are remarkably…sane.

Today I want to look at a couple of the reasons why that might be, and if that means we’ve turned a corner as Magic vendors and players. We don’t want $40 Day’s Undoing, or $50 Chandra, Torch of Defiance.

Idea #1: We are more patient

We all know that a set’s value goes down over time as more and more packs are opened. That’s true of any set, for any of its time as the set that’s being opened at FNM and Grand Prix events. Even the Masters-level sets that are only reprints, those follow the same curve most of the time.

We’ve learned that unless you’re going to be using these cards the very very first weekend, you’ve got time.  Even waiting a week or two can be worth a lot to someone who isn’t a pro player. Preordering cards is devastating from a feel-bad perspective, and hopefully people who have done that have learned their lesson.

Imagine being someone who looked at the Amonket previews, and saw Gideon of the Trials. You know he’s good with the Gideon, Ally of Zendikar deck you’re already playing. You think, “It must be worth this much or people wouldn’t be paying this much!” and you plunk down $160 for a playset.

That card, one of the banners of the set, a three-drop planeswalker, can be had for $40 a playset now. So that’s a painful lesson to learn.

Is this permanent: God, I hope so. I fervently want to believe that players will not break their bank trying to get out ahead of the new cards, but I doubt it in the long-term.  New players might not listen to others who have learned, and new cards are always going to sucker us in.

Idea #2: We are stretching our Magic dollars

This is something that Wizards/Hasbro has been doing to us for a couple of years now: We are getting more and more Magic products each year, each designed to suck our wallets dry.

Have you seen this list? That’s a murderer’s row later this year, and that’s before you take into account all the stuff we’ve already had this past seven months, which includes a Masters set, three regular sets (I’m including Hour of Devastation) and two different Anthology releases.

I don’t think there’s a market for those who buy every single product released, but that’s a lot to spend money on.

Is this permanent: Unless the company decides to slow it down, apparently this is the world we live in.  Let’s also not forget that the Magic Digital Next program is also coming, and that might be a whole new siphoning off of money. Heaven help us, they are going to keep making a zillion products a year.  Budget accordingly.

Idea #3: The cards aren’t that powerful

I’m not saying that they aren’t good, but they sure aren’t backbreaking. The set (so far, the full set should drop the day this article is published) has a cycle of undercosted ‘exert sorceries’ where your lands don’t untap for a turn, but everything else looks to cost a little too much for that effect.

Perhaps this is the overcompensation of stuff like Smuggler’s Copter being two mana? Perhaps this was meant to be part of an 18-month Standard which was more midrange-focused? I don’t know the answer, or if from time to time, we just get a slightly clunkier set.

I want to reiterate that point, though: Just because we don’t have a ‘pushed’ card doesn’t mean these aren’t going to be players in formats going forward. Right now, though, only a few of the mythics and none of the rares are preordering for more than the retail price of a Fatal Push.

Is this permanent: Likely not. There will be undercosted, overpowered cards again. None of them have been shown in this set, though.

Idea #4: The cards are just worth less due to Masterpieces

This is an idea that’s been explored several times, and the summary is as follows: When Masterpieces are in a set, they account for some of the value of the set. If cards have a total value that’s higher than the cost of a box at the distributor’s price, then retailers will crack those packs themselves and sell the singles.

We saw this recently at work, with Battle for Zendikar block and Shadows over Innistrad block.  The Expeditions helped push the prices of other cards down, except for Gideon and Ulamog, the Ceaseless Hunger. Basically, more packs of BfZ block got opened to find those lands, and that meant a lot more of the other cards were released into the world. When the Masterpieces weren’t present, we had a more even distribution of value.

Is this permanent: We already know it isn’t. While the Masterpieces are helping make Standard be the cheapest it’s been in a while, they are running out of cards quickly. There’s some real clunkers in the Invocation series. Divert? Super niche. Diabolic Edict? Who was clamoring for more copies of this? They have already announced that Masterpieces won’t be in every single set going forward, so this effect will certainly vanish.

Cliff is an avid player and frugal financier. His love of unusual Cubes and formats is resulting in some very interesting Magic experiences, and Grand Prix events have been offering him all sorts of new ways to play this amazing game.