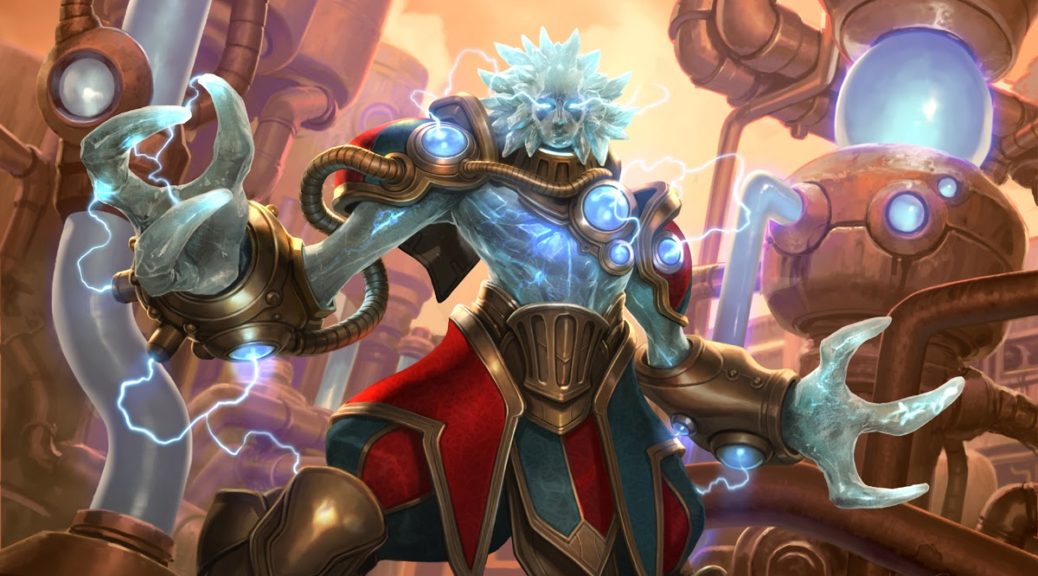 Hour of Devastation’s prerelease was this weekend, with casuals and spikes alike swarming local stores to get their hands on new EDH fodder in the form of The Locus God, and competitive staples like…hmm…check back with me on that. In fact, HOU has an abysmal expected value at the moment; perhaps one of the lowest of the last five years or more. That’s pretty dang low. Two other spring sets come to mind that looked this way: Dragons of Tarkir, which came out of the gate looking like a heaping pile of garbage for Standard, and Dragon’s Maze, which, well, same.

There’s a remarkable divergence in behavior after prerelease weekend though. DTK ended up taking off — Dragonlord Ojutai was a major Standard staple, and the other dragonlords were reasonably popular. All of the Command cycle was respected, and there were some other hits in there too. However, over on the DGM side of things, it got worse and worse. Voice of Resurgence ended up at an absurd $40+, Blood Baron of Vizkopa hung around $10 or $15, and that was it. That. Was. It. Voice was so expensive because every other card in the set save for Baron was so miserable.

What’s going to happen with HOU? Will the god cycle pull up as it turns out they’re playable in Standard? Will several rares turn into sleepers, in the same way Atarka’s Command and Kolaghan’s Command did? Or will it be another Dragon’s Maze, with Nicol Bolas hitting $35 and the rest of the set a scene of devastation?

Anger of the Gods (Foil)

Not quite the same gods, but still on theme to be fair. Anger of the Gods has been a mainstay in Modern basically since it was printed, and while supply was deep initially, given that it’s from Theros, it has slowly sapped over the years, and is finally turning the corner into a semi-valuable card. The non-foil well is still fairly deep at over 100 copies on TCGPlayer, but stock on the foils is perilously low.

Dredge is an obvious reason to play Anger, especially since they’ve moved hard towards using a fleet of small-ish recurring creatures. An Anger after one of their big turns could easily take out five or six bodies and leave them reeling. Similarly, it will frustrate Abzan Company players, exiling their Kitchen Finks and Redcaps while also clearing away all the clutter of their mana dorks and combo enablers. Valakut decks stalking the MODO queues lean on it, Boros Nahiri decks use it, even Living End and Scapeshift stash some copies in the board.

You can score copies for $15, but not many. I wouldn’t expect a run on these any time soon, but copies will slowly get eaten, and without a reprint, it’s not unreasonable to see a Modern staple foil hit $40. Look at Collective Brutality and Kolaghan’s Command for reference, which Anger is played less than and more than, respectively.

I feel like I’ve talked about this card before, but if I can’t remember when then it’s been long enough that I don’t feel bad bringing it up again, and it’s still a good choice. Do you know what the most-built EDH deck on EDHREC was this past week? Locus God? Scarab God? Scorpion God? Well it was none of them. It was Atraxa. Again. Nearly twice as many as Scarab God, in fact.

If you’re playing Atraxa, Cornucopia is one of the best mana rocks you can play, if not the best. Sol Ring is the only artifact mana played more than Cornucopia, and that’s probably incorrect. Sol Ring is better for like two turns tops. With Atraxa in play and a single additional proliferate trigger, Cornucopia gives you your mana back on the same turn you play it, and a few turns later could conceivably tap for more than your opponent’s entire mana base.

There are still foils at $4, and as the most popular commander in the format, these are going to keep getting bought, and without additional foil supply, these will end up over $10 soon enough.

A player has at their fingertips an expansive array of sweepers these days. Most cost over four mana though, what with Wizard’s push towards bigger costs and bigger effects. Four mana sweepers have been deemed too efficient and oppressive to creature strategies in Standard. This all means we’re unlikely to see more four mana wraths anytime soon, and what we’ve got is what’s available for awhile. Of the ones legal in Modern, Supreme Verdict is right at the top of the pile.

Realistically, there are three top unconditional wraths in Modern. Wrath of God, Damnation, and Supreme Verdict. Damnation obviously occupies a different space than Verdict, which mostly leaves Wrath. Wrath has the benefit of being easier on the mana and wiping out regenerating creatures, but that last clause is irrelevant in 98% of matches. Not requiring a second color is nice, but really, the number of mono-white decks casting wraths is miniscule. The average deck in Modern that wants to cast Wrath would prefer Verdict, since getting through Remand and Stubborn Denial and whatever else is mandatory for when you absolutely have to resolve a wrath.

All that said, Supreme Verdict is also in over 12,000 EDH decks. That’s a lot of decks!

Admittedly both the Buy-A-Box and the pack foil have good art, though I’ve always been partial to the BaB copy. The colors are great, and more importantly for us, supply appears to be lower than the pack foils these days. With the spell as popular as it is in EDH and the go-to wrath in Standard, these BaB promos have nowhere else to go.