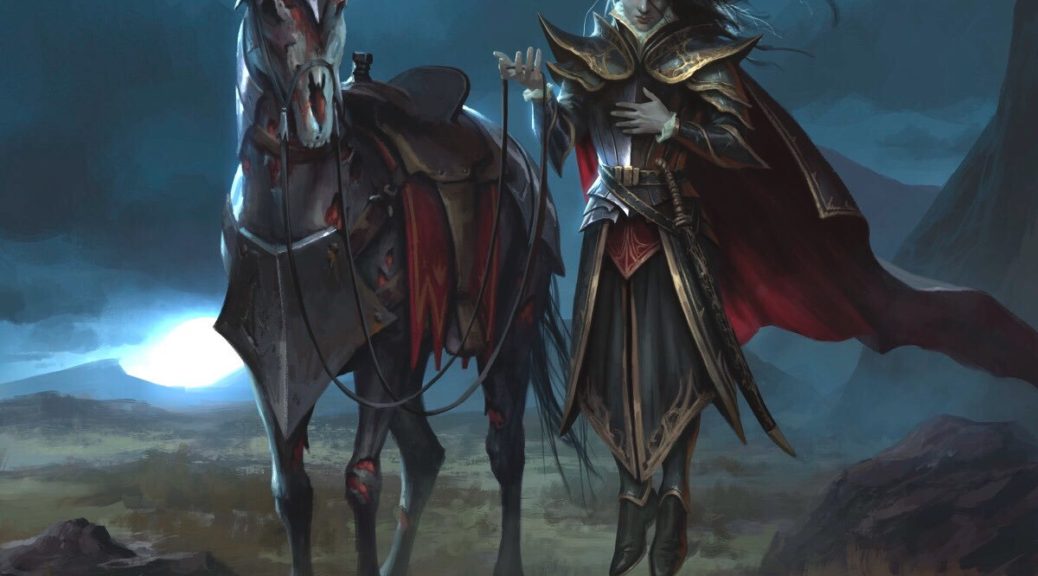 Nationals was back this weekend, and people were loving it. Players across the world took part in their country’s event, and it was clear across social media that this wasn’t just another tournament, that Nationals means more to people than just another GP. Nationalism is not always such an innocent motivator, but at least this weekend, it brought out the best in countrymen. Especially Brazil, whose team of three — yes, all three — are Pro Tour champions. One is even in the Hall of Fame! Hardly a fair fight, guys.

Nationals brought us Standard lists, the SCG Open brought us two Modern events, and EDH continues to be a driving force in the markets.

While UB Control won US Nationals, various forms of energy took 9 out of the top 16 slots, including second place in the hands of Gerry T. In every single one of these lists we can find at least one, and usually two or three Confiscation Coup. Wizards has a long history of printing various permutations on Control Magic, and some have been quite good (Threads of Disloyalty) while others have been unplayable (Willbreaker). Confiscation Coup is looking to land firmly on the top half of the scale.

It’s not so much that Coup is a pushed or especially powerful card, so much as it is that energy is not a balanced mechanic. As a result, Coup ends up playing as one of the best Mind Controls ever, since it isn’t an enchantment, but rather a sorcery. This alone is a meaningful difference. Add in that The Scarab God and Hazoret the Fervent are two major threats in the format, threats that are highly resistant to typical forms of removal, and you’ve got a recipe for permanent control effects to rise to the top.

Coup is never going to be an expensive card, let’s make that clear. It is a useful card though, and it could end up moreso in the coming weeks. If you’re able to snag these for $.25 each, you’re going to have no trouble trading these away for $1 or even $3 each at your local store. For armchair speculators like myself whose primary outlet is selling online they’re probably not worth it, but if you still grind trades locally, a couple of cheap stacks of Coups could turn into some real cardboard on the trade tables.

Blue sorceries aren’t the only way to deal with annoying gods. Back in Amonkhet Wizards gave us another answer that’s been quiet thus far; Angel of Sanctions.

Sanctions clears out Scarab Gods and Hazorets while simultaneously presenting an evasive threat, which is beyond helpful when you’re trying to not die to your opponent’s best card and also close out the game. Given that Sanctions is a temporary answer, closing out the game is of course important.

Sanctions’ four toughness is particularly appreciated against red, where Lightning Strike isn’t enough to finish it alone. Then, even if they do manage to destroy Sanctions (but not with Fatal Push!), you can just embalm it to run it back. Sanctions isn’t a permanent answer to either Scarab God or Hazoret, but it can typically manage for at least several turns. And all of this is just about those two threats. Don’t forget it hits all non-land permanents, which means you can aim it at God Pharaoh’s Gift, Anointed Procession, and other annoying creatures, Walking Ballista chief among them.

At $1.75 for a playable, useful mythic, I’m tempted. I’m not expecting this to blow up or anything, but it could easily show up in more strategies than we’re seeing today. How about a 4x Hostage Taker, 4x Angel of Sanctions deck? Makes me long for Eldrazi processors again. In any case, it’s not hard to see how Sanctions could make the climb to $5 or $6, maybe even more.

On the Commander side of things, tribal continues to dominate the most popular decks of late. One of the biggest hits out of Commander 2017 to join along in that ride is Herald’s Horn, with a price tag today of $6. Heirloom Blade is at $.75, and it’s possible that’s out of sync with where it should be.

Herald’s Horn is currently logged in 1,700 EDH decks. Heirloom Blade isn’t in quite that many, rather, a little over 800. That puts it at about half the popularity of Herald’s Horn today. Both are in two Commander 2017 decks, so it’s not like one is more available than the other. If we assume these numbers should be in equal ratios, Blade should cost about 50% of Horn today, or about $3.

And that’s just today. Tribal will continue to be popular for several more months, with Rivals of Ixalan promising to continue the trend set forth in Ixalan. That means more cards that help tribal strategies and more attention on those types of decks. All of these new tribal tools also make other tribes more attractive. My personal project, Clerics, is far more viable now with more cards like Horn and Blade floating around.

There’s no reason Blade shouldn’t cost nearly $3 right now, and that number should rise over the coming months as supply drains and there are more signals to push people to tribal strategies.